Students in Maine are guaranteed free public education until they graduate high school. But in some rural parts of the state, where there are no local schools, students have the option of attending a private school on the state’s dime (as long as they’re accepted).

State law, however, mandates that those schools must be secular. Taxpayer money can’t be used to pay tuition at a religious school. Makes perfect sense.

But in August, three sets of families represented by the (Libertarian) Institute for Justice and the (conservative) First Liberty Institute sued the state because they claimed it was illegal for the state to deny funding to the Christian schools the students wanted to attend. Their schools meet every condition laid out by the state for a tuition reimbursement… except for the religion part.

One of the arguments that side is making is that the Supreme Court’s decision in Trinity Lutheran is on their side. That’s the case that decided a church couldn’t be excluded from applying for grant money provided by the state as long as it was for a secular purpose. But that also means the church would not be eligible for the money if it wanted it for, say, covering the costs of Sunday School.

That’s why these families should lose the case. Maine shouldn’t be paying tuition for religious schools, because taxpayers shouldn’t be funding religious indoctrination. It’s just that simple.

Now the ACLU of Maine and Americans United for Separation of Church and State are getting involved. Yesterday, the groups filed a motion to intervene on behalf of two retired school teachers and a local activist. They’re basically saying “We’re not involved in this lawsuit, but we would be affected by it, so we want in.” Maine’s attorney general said the office wouldn’t oppose the intervention. (Hey, why not get more support on your side?)

The plaintiffs, however, wants to put a stop to this immediately. The last thing they want is a more challenging legal battle.

Keller, the plaintiffs’ attorney, said his clients would oppose it.

“The proposed intervenors do not have standing to intervene in this case,” he said in an email. “In 2002, the U.S. Supreme Court made it clear that there is no constitutional violation if states empower families to choose religious options as part of an educational choice program. … The proposed intervenors cannot claim any constitutional harm should the parents in this case prevail in striking down Maine’s exclusion of sectarian schools from its town tuitioning program.”

The ACLU and AU disagree. They make the stakes very clear in their motion:

… Intervenor-Defendants have a substantial interest in this action, based on their personal opposition to the public subsidization of private religious education; their expressive association with the ACLU — an organization that has devoted substantial time and resources for many decades to legal and legislative efforts to prevent governmental funding of religious education and activity; and their status as taxpayers — of the affected school unit — whose tax dollars would be used to fund religious instruction if Plaintiffs are successful.

That last bit should give them legal standing to fight back. They don’t just oppose the matter on principle. It’s their money that’s being inappropriately used.

The judge hasn’t ruled on the motion yet, but hopefully it will be allowed. Either way, this should still be a simple case. There’s no reason taxpayers should be funding religious schools. 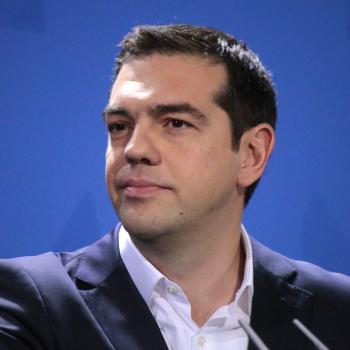 October 31, 2018 Christian Evangelist: "Evil" Democrats Have Abandoned "Morality and Civility"
Browse Our Archives
What Are Your Thoughts?leave a comment