The Channing Unitarian Universalist Church in Edmond, Oklahoma, like other UU churches, doesn’t care about creed so much as deed. I know plenty of atheists who attend UU churches because they appreciate the church-like atmosphere and tradition and not having to lie about their actual beliefs.

So naturally, the Channing church posted this image on Facebook urging atheists (and anyone else who likes church but doesn’t necessarily believe in God) to attend a meeting:

That shouldn’t be controversial at all. If you know anything about UU churches, at least, that’s the sort of outreach you’d expect. A lot of Facebook commenters don’t seem to know anything about UU churches… A mix of commenters eventually chimed in with comments about how the church was being deceptive (they’re not), not truly Christian (they’re not), and — my personal favorite — like a “cult.”

Some people sharing the post weren’t any more sensible.

I know it’s Oklahoma, but that’s a lot of Christian ignorance in one place…

UU churches aren’t for everyone. They’re not for conservative Christians and they’re not even for most atheists. Still, it’s almost funny that a church promoting its own beliefs gets backlash from Christians who seem to think they own the word “church.” Not every congregation has to accept illogical doctrine to celebrate life together. 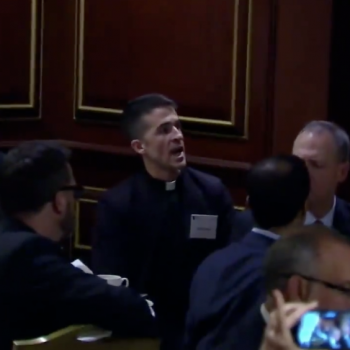 October 29, 2018
A Religious Leader Was Removed from a Jeff Sessions Event While Quoting the Bible
Next Post 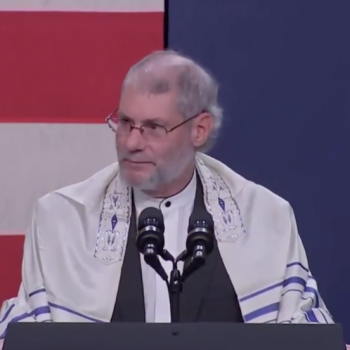 October 30, 2018 After Synagogue Shooting, Mike Pence Event Opens with Jews for Jesus "Rabbi"
Browse Our Archives
What Are Your Thoughts?leave a comment