Saudi Arabia is the Worst Country in the World for Atheists, Says Report October 29, 2018 Hemant Mehta

Saudi Arabia is the Worst Country in the World for Atheists, Says Report

For the seventh straight year, the International Humanist and Ethical Union (IHEU) has released its annual “Freedom of Thought Report” describing serious cases of discrimination and persecution against atheists around the world.

This time, they actually ranked every country in the world in terms of discrimination against the non-religious. They looked at how the countries scored in four categories:

Constitution and Government: A bad score would represent “complete tyranny” against freedom of thought, legislation influenced by religion, and non-religious people barred from holding elected office.

Education and Children’s Rights: A bad score would mean religious indoctrination in schools, and religious instruction only coming in “coercive fundamentalist” form.

Family, Community, Society: A bad score means being openly non-religious is “severely persecuted” or met with violence, such violence is essentially permitted by the ruling class, government authorities openly harass or marginalize the non-religious, and non-religious organizations are barred from forming.

Freedom of Expression: A bad score represents repression of core Humanist principles, apostasy and blasphemy being punishable by death, and an inability to be an out atheist.

Here’s the full rundown — from Belgium, the Netherlands, and Taiwan at the very top (good!) to Saudi Arabia at the very bottom:

You can click on each nation’s name to get the detailed report on how and why it was scored that way.

The United States ranks 8th on that list of 196 nations… which seems about right. While there may be a social stigma against atheists, there’s very little legal opposition to our existence. When it exists, it’s not enforceable. Also, a lot of the government’s embrace of religion is symbolic. (In terms of controversial social issues, like LGBTQ rights and abortion, the laws are not necessarily anti-atheist and they are enacted in an ostensibly secular way, so they didn’t play a role here.)

You might wonder if this report is all gloom and doom. That’s not entirely the case.

There are a few signals of hope in some of our other worst-rated countries, however. The government of Brunei planned to implement an even more strict Islamic penal code; the plan was due to take place in stages culminating in the introduction of some of the most severe Sharia penalties including death for some infractions of Islamic norms. However, the plan stalled early in 2018, after the international community — and trading partners — expressed their grave concerns. As noted in last year’s report, anti-atheist rhetoric from senior officials in Malaysia (not to mention Muslim-Malay nationalism) caused serious alarm, but that government has now been replaced by a new leadership. In Maldives, too, a government which had overseen an increasing role for conservative Islam in the legal system, and under which various secular and human rights activists have been ‘disappeared’ or murdered, has been routed in elections. It can take more than setbacks and changes in government to reverse long term trends, but it’s worth noting and encouraging hopeful possibilities where they exist, slim as they may be.

Those are encouraging, even if relatively small potatoes. What’s disturbing is how many nations don’t have perfect scores despite their obvious embrace of western civilization. Even nations we generally think of as “free” could be improving in this regard. We all have a long way to go — and those of us with the ability to be openly non-theistic have an obligation to speak out about them. After all, there are so many atheists around the world unable to do the same. 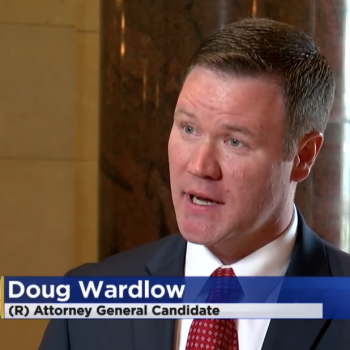 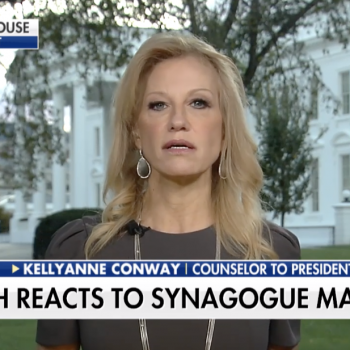 October 29, 2018 Kellyanne Conway: "Anti-Religiosity," Not Anti-Semitism, Fueled Synagogue Killer
Browse Our Archives
What Are Your Thoughts?leave a comment