Watch This Ex-Mormon Expose His Childhood Abuser in His Own Church October 27, 2018 Hemant Mehta

Earlier this month, during a Mormon ward’s monthly testimony meeting, a man named Roger Stephenson walked up to the mic and shared a story… about how a member of the Church had molested him when he was younger. That alleged abuser was sitting in the crowd.

Watch this video and consider the courage it must have taken to say this.

Brothers and sisters, I’m happy to stand before you today and talk a little bit about my experiences and journey to truth. My name is Roger Stephenson. I’m not from this ward. I grew up just down the street. From the time that I was about 11 to the time I was 13, [redacted] groomed me and sexually molested me.

At that point, he was ushered away from the podium.

Stephenson is no longer a member of The Church of Jesus Christ of Latter-day Saints.

This isn’t the first time a testimony meeting was used to confront Church leaders about their actions or positions. Last year, a girl named Savannah made news when she came out as gay in a speech… only to have her mic cut off. Last month, a couple of people used the meeting to confront alleged sexual abusers. 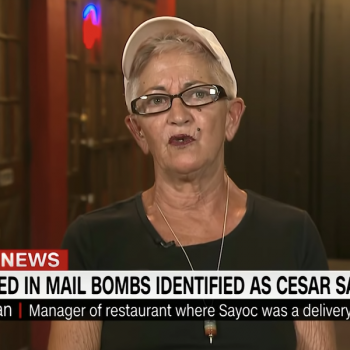