Joshua Harris is best known as the father of the modern purity movement. His book I Kissed Dating Goodbye was published in 1997, propelling him into Christian superstardom by preaching the idea that dating is not the way to prepare for marriage. In fact, Harris proposed (heh) that dating would actually increase your chance of divorce due to “emotional affairs” (re: ordinary teenage crushes).

Needless to say, many teenagers who had the book foisted on them by youth pastors followed the advice… only to experience some serious relationship dysfunction down the road.

And all of this stemmed from a 21-year-old guy who had only been in one serious relationship but still claimed to know the secret to marital bliss.

Harris issued a statement in response to critics about a year ago that seemed to imply people had misinterpreted what he was trying to communicate in his book. He didn’t actually apologize for anything at all.

Now, however, he’s taken a giant step forward with a new statement. This one, if we accept it at face value, shows a sincere amount of personal growth and self-awareness — a rarity in evangelical circles these days.

… While I stand by my book’s call to sincerely love others, my thinking has changed significantly in the past twenty years. I no longer agree with its central idea that dating should be avoided. I now think dating can be a healthy part of a person developing relationally and learning the qualities that matter most in a partner.

… In trying to warn people of the potential pitfalls of dating, it instilled fear for some — fear of making mistakes or having their heart broken. The book also gave some the impression that a certain methodology of relationships would deliver a happy ever-after ending — a great marriage, a great sex life — even though this is not promised by scripture.

To those who read my book and were misdirected or unhelpfully influenced by it, I am sincerely sorry. I never intended to hurt you. I know this apology doesn’t change anything for you and it’s coming too late, but I want you to hear that I regret any way that my ideas restricted you, hurt you, or gave you a less-than-biblical view of yourself, your sexuality, your relationships, and God.

He explains his change of heart, he acknowledges his mistakes, and he apologizes to those he hurt (albeit inadvertently). Those are the hallmarks of a good apology.

He’s also putting his money where his mouth is by discontinuing the book’s publication. That is to say, after the current inventory is gone, his publishers have agreed not to reprint any more copies of the original book or two other follow-ups he wrote.

That’s quite an improvement from his first attempt at an apology. If nothing else, it’s proof that people really can change.

Harris is right that his apology comes far too late for many people he hurt, but one way to make up for it would be by openly condemning the purity culture he used to promote. This apology should be the first part of a longer path toward redemption. 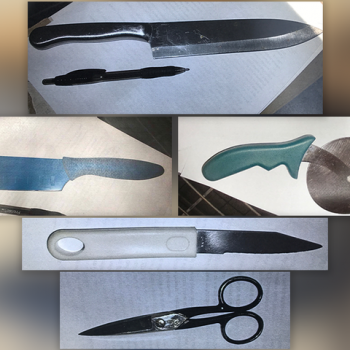 October 26, 2018 Don’t Forgive Caitlyn Jenner for Selling Out the Trans Community to Trump
Browse Our Archives
What Are Your Thoughts?leave a comment