Paul Dorr, the director of an anti-abortion group called Rescue the Perishing, was protesting a local Pride event as well as what he claimed was an all too permissive sexual culture.

Dorr cited, among other things, sexual education classes in schools (which he would only refer to as “classroom sex talk,” and which he would like to see eliminated in favor of a Biblical, marriage-based curriculum); some local churches’ reticence to combat homosexuality; and Northwestern College — which drew his ire partly when it staged a play that portrayed homosexuality in a not-unfavorable light — all as contributing factors to his protest.

The video, which is more than 28 minutes long, consists mainly of Dorr talking about his displeasure with all things LGBTQ, as well as abortion and the sexual revolution of the 1970s, which he sees as a failing of his generation.

In other words, this was a protest against people making decisions for themselves and not feeling ashamed about who they are.

I will never understand the vitriol that people like Dorr feel in response to people’s identities or personal relationships — neither of which will ever affect him personally. If only his rage could be directed at a system that forces toddlers to represent themselves in immigration court… but that doesn’t count as “pro-life” in the eyes of people like him.

Burning books is obviously protected by the First Amendment. The problem isn’t how he chose to express himself. The problem is the faulty reasoning behind his act of disobedience… and the fact that the books weren’t his to begin with.

Which means he’s not just proudly displaying his bigotry, he’s also unrepentant about the crime of theft. (How very “Christian.”)

“Orange City Library, you won’t be peddling this one anymore!” Dorr says in the video as he pitches an LGBTQ-themed children’s book into the flames. “You should all be ashamed of yourselves and repent.”

The books Dorr selected for burning, he said, were those he deemed the most egregious. He said he has not spoken to anyone from the Orange City Public Library, and that he will not be replacing the books nor paying for them.

So far, the library hasn’t made any public comments about his actions. The ACLU of Iowa noted the crime of burning someone else’s property — not the burning itself, of course — but hasn’t said it would pursue legal action. Meanwhile, let’s keep in mind that Dorr himself isn’t really opposed to what he deems smutty. It’s not like he’s burning trashy romance novels. (All that premarital sex!) He’s just going after LGBTQ books… because that’s what “loving the sinner” looks like to conservatives like him.

If only someone could introduce him to the ultimate life-hack about libraries: You don’t have to read material you don’t like; you can always walk past those books and pick up something else. Even a Bible. 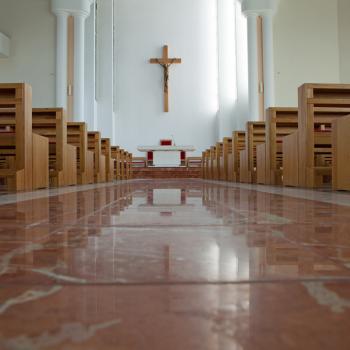 October 22, 2018
Catholics In Pennsylvania Are Getting Increasingly Fed Up With the Church
Next Post 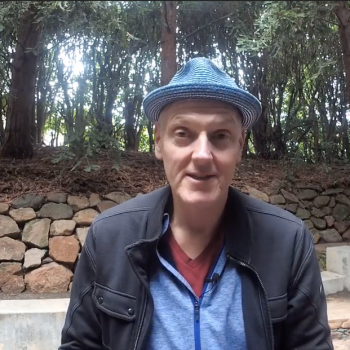