Earlier today, Australian Prime Minister Scott Morrison issued a formal apology on behalf of his government to victims of child sexual abuse, primarily at the hands of religious leaders. The apology was a way to signal to the nation that they would no longer tolerate such abuse as well as a way to honor the victims whose stories were not heard or not believed for so long.

Today, Australia confronts a trauma — an abomination — hiding in plain sight for far too long.

Today, we confront a question too horrible to ask, let alone answer.

Why weren’t the children of our nation loved, nurtured and protected?

Why was their trust betrayed?

Why did those who know cover it up?

Why were the cries of children and parents ignored?

Why was our system of justice blind to injustice?

Why has it taken so long to act?

Why were other things more important than this, the care of innocent children?

Why didn’t we believe?

Today we dare to ask these questions, and finally acknowledge and confront the lost screams of our children.

Mr Speaker, today, as a nation, we confront our failure to listen, to believe and to provide justice.

And again today, we say sorry.

To the children we failed, sorry.

To the parents whose trust was betrayed and who have struggled to pick up the pieces, sorry.

To the whistle-blowers who we did not listen to, sorry.

To the spouses, partners, wives, husbands and children who have dealt with the consequences of the abuse, cover-ups and obstruction, sorry.

To generations past and present, sorry.

The apology was one of many recommendations made by the Australian Royal Commission last December after its years-long public inquiry into child sex abuse. But while saying sorry is important, not everyone felt it made up for the crimes and cover-ups facilitated by religious and government institutions.

“If they think saying sorry is going to finish it, it’s not,” Tony Wardley, who suffered abuse in the 1980s, told the [Australian Broadcasting Corp]. “There’s still so much to be done.”

He’s right about that. Others, however, found the apology powerful. They understood that this was just one of many steps the government is taking on the road to recovery. They understand that even symbolism can be important in times like these.

Another step? Building a “museum and research centre” dedicated to the abuse so that the nation never forgets what the victims went through.

Cheryl Edwardes, the chairwoman of the National Apology Reference Group which held months of consultation with survivors around the country, told the ABC the museum would include a memorial.

“The memorial is a quiet place of reflection, a calming place, and this can be done in conjunction with a museum where the stories are held and can be told over and over again for future generations so that no one forgets what happened to make sure it never happens again,” she said.

Another aspect of the apology will include an undertaking to fund a national research centre to understand the impacts of child sexual abuse, as well as offering support and guiding “best practice for training and other services.”

Again, it doesn’t make up for the horrors. Nothing can. But this is a respectful response.

Of all the recommendations made by the Royal Commission, there’s one the conservative government has refused to act on. Sadly, it may be one of the most important to implement. The suggestion was to force priests to report any confessions involving child sexual abuse. However the Catholic Church in Australia has officially rejected that idea, saying that anything told to priests during confession must remain a secret.

Anything less would break the “seal of confession,” violating their religious beliefs.

The government could pass a law treating priests like public school teachers, making such reporting mandatory, but they haven’t done so. In theory, that means someone could confess to molesting a child (to clear his conscience), only to have a priest do nothing with that information while the offender molests again.

It’s a terrible cycle and one of the reasons abuse has continued for so long: The people who are aware of the problems refuse to do anything about it.

For now, I guess victims just have to settle for an apology and a promise that such behavior will never again be tolerated. We’ll see if the words lead to real action. It’s more than the Church is doing, though, given that they refuse to make a sensible concession that would help prevent abuse in the future. 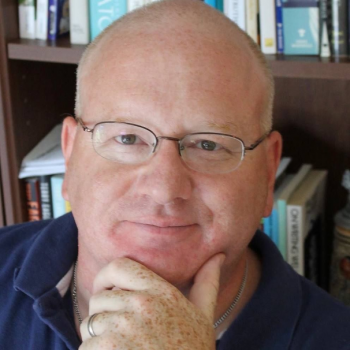