Here’s your daily reminder that the two major political parties are not alike, and that the one whose base is constantly whining about how Christians are being persecuted — a blatant lie — is actually persecuting other groups.

The New York Times reports that the Trump administration is planning to redefine “gender” in narrow enough terms that transgender people would be locked out of federal civil rights protections. 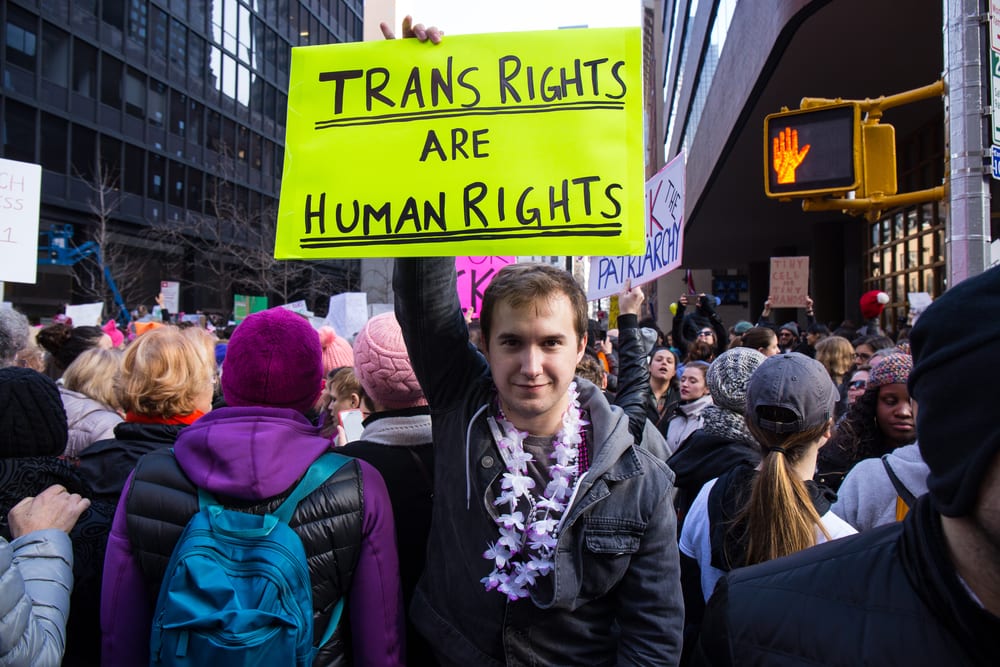 … the Department of Health and Human Services is spearheading an effort to establish a legal definition of sex under Title IX, the federal civil rights law that bans gender discrimination in education programs that receive government financial assistance, according to a memo obtained by The New York Times.

The department argued in its memo that key government agencies needed to adopt an explicit and uniform definition of gender as determined “on a biological basis that is clear, grounded in science, objective and administrable.” The agency’s proposed definition would define sex as either male or female, unchangeable, and determined by the genitals that a person is born with, according to a draft reviewed by The Times. Any dispute about one’s sex would have to be clarified using genetic testing.

So the same people who ignore science when it comes to climate change are now using it — or their version of what “science” says — to further hurt trans people? This is just the latest attempt by Republicans to appease a nasty subgroup of Christianity that hates “identity politics” unless it means eradicating the identities of people they don’t believe should exist. The Human Rights Campaign offered up the possible consequences if this definitional change goes through:

That doesn’t even mention how the change could allow public schools and businesses to force trans people to use the wrong bathrooms and locker rooms.

That’s all on top of the anti-trans moves this administration has already made:

The move would be the most significant of a series of maneuvers, large and small, to exclude the population from civil rights protections and roll back the Obama administration’s more fluid recognition of gender identity. The Trump administration has sought to bar transgender people from serving in the military and has legally challenged civil rights protections for the group embedded in the nation’s health care law.

Several agencies have withdrawn Obama-era policies that recognized gender identity in schools, prisons and homeless shelters. The administration even tried to remove questions about gender identity from the 2020 census and a national survey of elderly citizens.

This is why you should never vote for Republicans. At the very least, this is why you shouldn’t vote for them now. Supporting them means letting conservative Christians take over the government by electing people who are more than willing to allow that to happen. They always claim to “love the sinner, hate the sin,” but they’ll do everything in their power to make life miserable for the “sinner.”

The people who voted for Trump in 2016 either expected him to be this cruel or didn’t give a damn that he would be this cruel. LGBTQ people and allies were well aware that Trump’s rhetoric in support of their community was always a lie. The past two years has been a long nightmare in seeing just how far his cruelty would take him — with Republican support the whole way through. 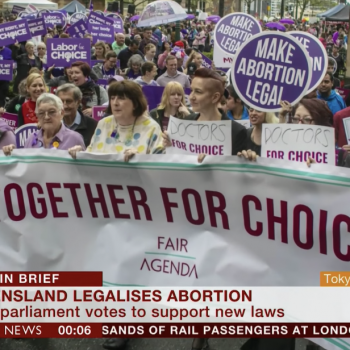 October 21, 2018
A Major Australian State Has Finally Decriminalized Abortion… in 2018
Next Post

October 21, 2018 Following Misconduct Allegations, Lawrence Krauss Announces Retirement from ASU
Browse Our Archives
What Are Your Thoughts?leave a comment