Georgia High School Gets Rid of Christian “Character Coach”… But Only in Name October 17, 2018 Hemant Mehta

Last month, I posted about how Pastor Russell Davis was delivering sermons inside the locker room at Dawson County High School in Dawsonville, Georgia. The team even posted video of him proselytizing to student athletes while a few adults (possibly coaches) stood on the side.

The reason he was in a position to do this was because he was a member of the football team’s staff, where he served as “character coach.” Which, to me, reads like an attempt at a euphemism for Team Pastor.

The Freedom From Religion Foundation soon sent a letter to the District urging them to put a stop to this, and they finally heard back this week.

“The superintendent has spoken with appropriate individuals and employees and is confident that any prayer in a school setting that involves students in the future will be voluntary, student initiated and student led so as to protect the rights of all students in the district,” the letter said.

FFRF commends the district for taking swift action to remedy this violation.

“We are very pleased that the district has taken the proper steps to ensure every student’s constitutional rights are honored in Dawson County Schools,” says FFRF Co-President Annie Laurie Gaylor.

Okay. That sounds all well and good. That’s exactly what it should be.

However. If you go to the team’s website, Davis is still listed as a member of the coaching staff. But instead of saying “Character Coach,” and instead of saying he’s a pastor at a local church, it just says “Volunteer.”

That’s… vague. If he’s a volunteer, what new role does he have now that he didn’t have before? I suspect he’ll still be with the team before, during, and after games. What’s he going to do if and when students pray? Will he quietly sit on the sidelines or will he find a way to join in?

Note that the letter from the school talks about the prayers being student-initiated and student-led, but not student-only. There’s an opening there for Davis that would still be illegal.

The school should tread carefully here. If Davis is caught breaking the rules again, the whole district could end up in legal jeopardy. 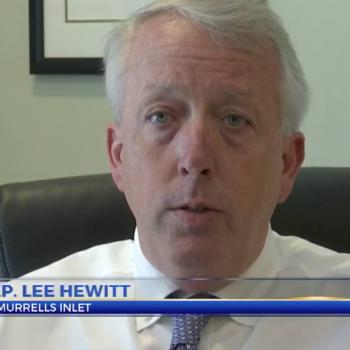 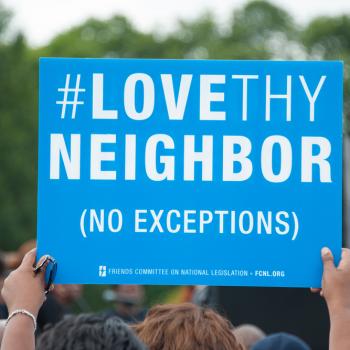 October 17, 2018 White Evangelicals Aside, the Most Religious Trump Voters Don't Share His Values
Browse Our Archives
What Are Your Thoughts?leave a comment