Over the weekend, on MSNBC, a woman representing a pro-Donald Trump group claimed that conservatives had been victimized in a number of ways recently — like when witches put a hex on Brett Kavanaugh.

Amy Kremer, a Tea Party activist who runs the Women Vote Smart PAC, argued that Republicans had been victims of Democratic “mobs”… like when Ted Cruz and his wife were protested at a restaurant or when Rep. Maxine Waters told people to hold similar protests if they saw members of Trump’s Cabinet at gas stations. (She ignored Trump himself talking about paying the legal bills for any of his supporters who literally punched out protesters.)

Kremer also mentioned the shooting that injured GOP Rep. Steve Scalise as if Democrats were calling for that to happen.

And then there was the bit about Kavanaugh…

It is a scary time right now… there’s a list of things going on. Now you’ve got witches that are placing a hex on Brett Kavanaugh…

As David Edwards at Raw Story points out, she was likely referring to a group in Brooklyn that’s planning a “Ritual to Hex Brett Kavanaugh” next Saturday night.

The proper response to that would be… who the hell cares? It’s a hex. It’s not anything real. It’s a bunch of superstitious people doing something that has literally no impact. Kavanaugh won’t even know it’s happening, much less feel harassed by it. But I guess when you think God listens to prayer, you’re more likely to assume people can actually cast spells.

Little does she know that I, um, put three hexes on her… but they’ll only go into effect if she tells people to vote for Trump. (Is that harassment? Am I being mean?) It’s amazing how the same people who are so quick to call others “snowflakes” are unable to handle anyone even thinking negative thoughts about their side. 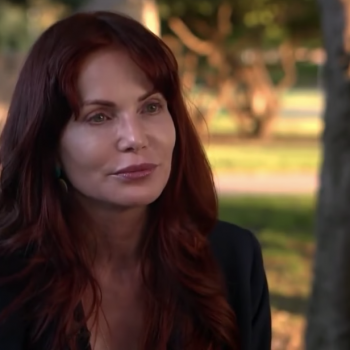 October 14, 2018
CBS Covers Flat Earthers Who Believe the Sun and Moon Are "About the Same Size"
Next Post 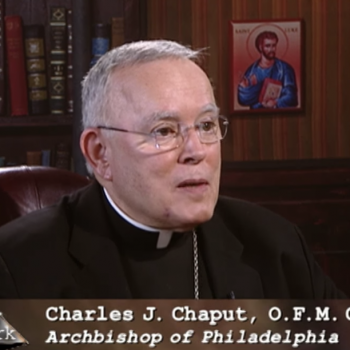