Marie Osmond: Christians Could Lose the Freedom to “Worship Our God Freely”

On Friday night, singer Marie Osmond performed at an interfaith event in Hawaii at Kawaiahaʻo Church in Honolulu. That’s all well and good. But there was nothing unifying about a speech she made during the event in which she told attendees they should be worried because people were coming to take “freedoms” away from Christians.

There’s strength in numbers, and… really, why are we here? You know, several years ago… I realize that some people say, it is like a wave that’s coming. And that’s what made me think of Hawaii, too. There’s this wave that Christianity… has had its day. That the world has changed and Christians are out of touch. That we need to move on to modern times in this world that we live in, and we need to let the past be the past. And we have a lot of pressure to accept worldly values and things that… where people feel that the world has changed. But we know that God never changes.

And we are one nation that was created under God, and the world that we are living in right now is trying to remove those freedoms from us. And I tell you: I know that it is time for us to be ‘ohana. To be united as a family. Because we are weak individually, but we are strong as we are united. We are. We are powerful.

I believe that standing together strong and showing the world that the teachings and the example of Jesus Christ are not only timely more than ever, but are timeless… tonight. I love that we are uniting together in a celebration of song and love and passion for our beloved God and our Savior Jesus Christ to worship through music today. And I pray that the Holy Spirit will be here, that we will, in our efforts to be ‘ohana this evening, that we will all have faith in our Lord and Savior Jesus Christ. And I say this and that in His beautiful name, amen.

It’s hardly strange that a famous Mormon promoted God in a speech to a religious audience. But it’s all kinds of messed up for a celebrity to use a concert about unity to spread baseless fears in the minds of voters just before a major election. (Even if it wasn’t a political speech, the timing and references were obvious.)

The only thing Christianity needs to fear is Christians. They run the government and they’re ruining everything. They’re tearing apart families, suppressing people’s rights, setting the stage to inflict more punishment on people who don’t share their values, and they’re doing it all in the name of God and with the support of conservative Christians.

No one’s coming to take their freedoms; we’re all busy trying to protect our own values from the Christians eager to force their beliefs on us. If Christian has “had its day,” it’s because Christians are making the faith completely undesirable.

Yet Osmond is painting Christians as the real victims.

It’s especially tone-deaf for her to say given that the Mormon Church’s president recently spoke about how Mormons needed to oppose same-sex marriage and transgender rights even though those groups need to be saved from Christians. Not the other way around.

Osmond’s comments were insensitive and ignorant. And no one should be surprised. This sort of rhetoric is what we’ve come to expect from people who have power: They act like they have none, all while scaring gullible people into helping them protect whatever they have. 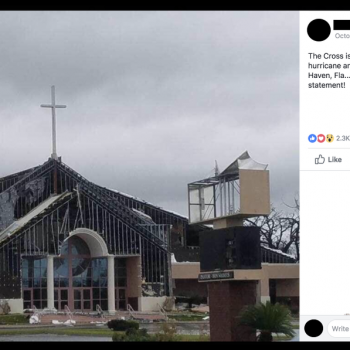 October 14, 2018
Sure, Hurricane Michael Killed People, But At Least This Cross is Still Standing
Next Post 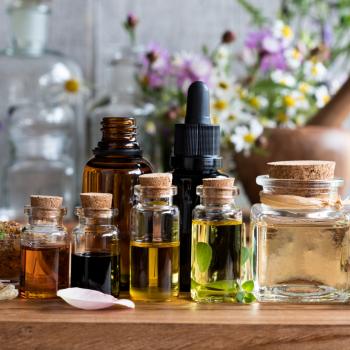