Quebec Leader: Crucifix in National Assembly Can Stay Since It’s Not Religious

François Legault won Quebec’s provincial elections last week and will soon become the next premier. He has already vowed to stop government workers — including cops and teachers — from wearing religious symbols like hijabs and yarmulkes and turbans “in order to protect Quebec’s secular society.” It’s a move that trounces on religious freedom in the name of religious neutrality and creates far more problems than it solves.

But if religious symbols have to go, then what about the large crucifix that hangs in Quebec’s National Assembly…?

Apparently that cross can stay right where it is because Legault claims there’s nothing religious about it.

The crucifix hanging in Quebec’s National Assembly is a historical symbol, not a religious one, even though it represents the Christian values of the province’s two colonial ancestors, premier-designate François Legault said Thursday.

The crucifix, he said, invokes the role of French Catholics and British Protestants in Quebec’s history. He made no mention of Indigenous people.

“In our past we had Protestants and Catholics. They built the values we have in Quebec. We have to recognize that and not mix that with religious signs.”

The crucifix was installed above the speaker’s chair in the National Assembly in 1936. A government-commissioned report into secularism and identity issues recommended in 2008 that it be removed, but no government has done so.

So it’s historic, not religious, but it represents Christian values, but we shouldn’t think of Christianity when we look at it.

Legault’s brain probably needs a breather after all those mental gymnastics.

It’s the same argument conservative Christians in the U.S. make about war memorials in the shape of giant Christian crosses. They say they’re tradition, or only memorials, and everyone should just ignore the religious symbolism that’s obvious to any reasonable person. (The late Supreme Court Justice Antonin Scalia once made that very argument. It didn’t make any sense at the time. It still doesn’t.)

What’s especially frustrating is that he claims to be doing all this in the name of secularism even though he’s just taking a page from the conservative Christian playbook. Everyone else’s religious symbols have to go — which is an easy stance to take since Christians don’t have to wear any mandatory pieces of clothing — while a crucifix in National Assembly gets the royal treatment.

If this is a sign of what’s to come, Quebec should expect a number of other concessions to Christianity in the near future.

(Thanks to Shawn for the link) 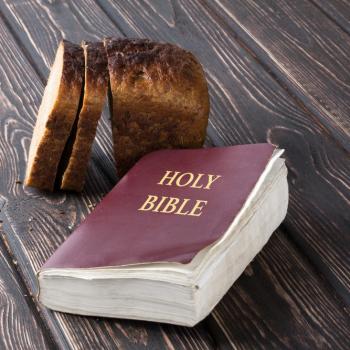 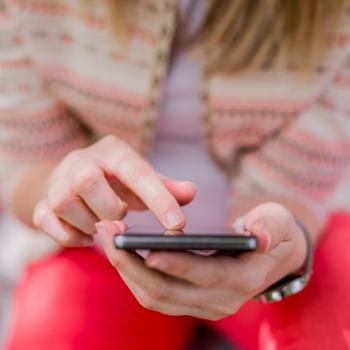 October 12, 2018 Mormon President Tells Women to Take 10-Day Social Media "Fast"
Browse Our Archives
What Are Your Thoughts?leave a comment