Scottish Christians Are Furious Over an Anti-Bigotry Campaign by the Government October 11, 2018 Beth Stoneburner

Conservative Christians in Scotland are objecting to a campaign against hate crimes — led by by the Scottish government and Police Scotland — complaining they’re being unfairly targeted by calls to end homophobia and bigotry.

In addition to the video above, the campaign includes billboards with “letters” directed at bigots, racists, transphobes, etc. 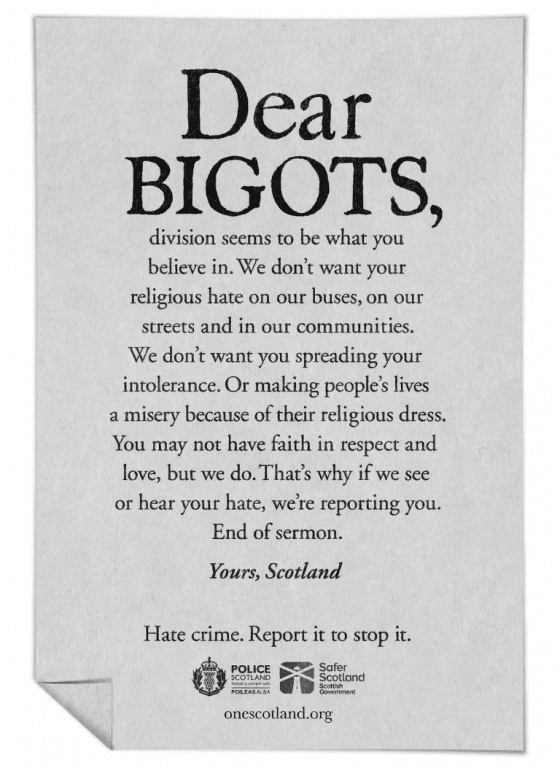 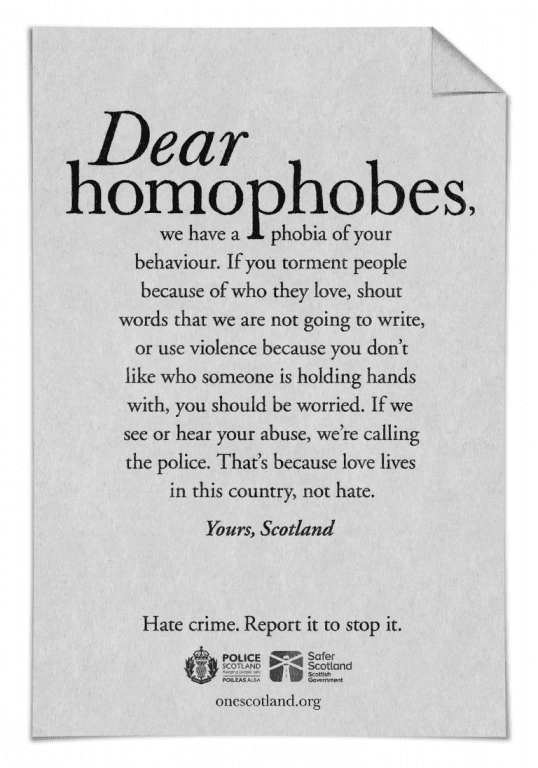 No wonder members of a conservative charity feel like the campaign is directed at people like them:

… the initiative has been criticised by the Barnabas Fund, an aid agency based in Coventry that supports Christians abroad suffering because of their faith. It described the posters as a form of “state-sponsored hatred” that unfairly targets believers.

It’s not targeting believers. It’s targeting bigots. If those two groups overlap in your mind, maybe the advertisements aren’t the problem. And while religious tensions in Scotland — all of Europe, really — are nothing new, you have to wonder who could possibly be offended by a campaign calling out hate in its various forms.

To be clear, the posters aren’t punishing people for their thoughts or beliefs. The government isn’t going after churchgoers. The campaign is all about people who act on their beliefs to hurt other people. If the conservatives really believe in “love the sinner, hate the sin,” then they have nothing to worry about.

The fact that these advertisements are creating this kind of division at all, however, is proof of why they’re so necessary. Kudos to the Scottish government for taking this kind of stand. 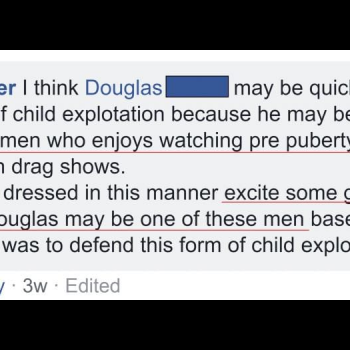 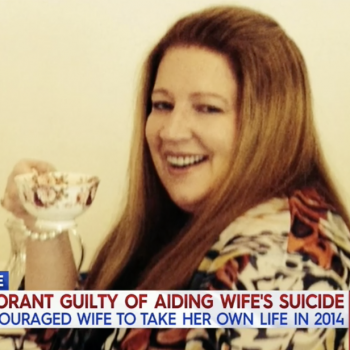 October 11, 2018 Man Made His Wife Kill Herself So He Could Use Insurance Money to Build Church
Browse Our Archives
What Are Your Thoughts?leave a comment