Gwyneth Paltrow “Disagrees” That Goop Products Are Based on Pseudoscience October 11, 2018 David Gee

Gwyneth Paltrow “Disagrees” That Goop Products Are Based on Pseudoscience

You can’t disagree with facts… unless, of course, you happen to be actress and nonsense peddler Gwyneth Paltrow. 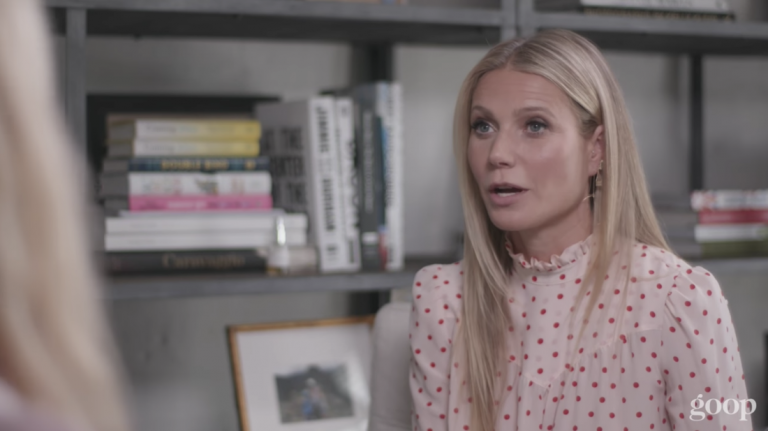 Paltrow sat down with a reporter from the BBC to talk about her company Goop as it celebrated its 10th anniversary. But when she was asked about unscientific claims made about her products, she spouted more misinformation, saying she and the company “disagree” that they are spreading pseudoscientific and unproven “treatments.”

The subject came up when BBC Breakfast’s Charlie Stayt asked Paltrow about the infamous jade vaginal egg and how Goop ended up paying $145,000 to settle a consumer protection lawsuit over her false claims.

STAYT: How do you make sure that things — in the area of medicine, claiming to have health benefits, do what they say?

PALTROW: We have a whole regulatory team in place now, and a science and research team, and that’s really what they’re dedicated to doing. So, a lot of time we’ll find that a third-party product that we sell… people make claims about products.

Other than not answering the question, and not forming a coherent thought, and blaming the problems on third parties instead of her own lack of openness and honesty, Paltrow ignored the simple fact that hiring a “science” team doesn’t mean anything unless it’s doing its job. And so far that team hasn’t stopped Goop from selling a sack of rocks as a “medicine bag,” nor has it kept the company from slinging its “mists” for “psychic vampire repellant” and “kid calming.”

Paltrow also added that, as the company grows and as its executives learn, she wants to make sure the claims that they make on the website are “efficacious and good.” (Though their “scientific” labels leave much to be desired.)

Stayt pushed further, specifically bringing up the vaginal egg lawsuit that led Goop to pay out more than $100,000. Paltrow’s response was lacking there, too. She didn’t mention the name of the product, didn’t explain what false claims the company made, and leaned heavily on the fact that she didn’t “have to admit” any wrongdoing.

One of the products we sell, some of the regulators in California said, ‘You can’t say that it does that’ and so we never had any customer complaints about it at all. But we chose… we didn’t say… we didn’t have to admit that we… you know… any wrongdoing. We just wanted to settle it and put it behind us.

After stuttering her way through an awkward situation, Paltrow insisted this was all just part of growing up as a “startup.”

Of course, as you learn and grow, you — especially when you’re a startup — you have to learn kind of on the job, unfortunately, a lot of times.

It’s true you have to learn on the job. But claiming magic is real is a deliberate choice. Paltrow chose to promote dubious products meant for gullible customers.

Stayt pushed her again, and quoted a Canadian gynecologist who said that “using smoke and mirrors to say things that make you happy make you healthier is not fair.” He said it suggested Goop products are in the “area of pseudoscience.”

We disagree with that whole-heartedly. We really believe that there are healing modalities that have existed for thousands of years, and they challenge maybe a very conventional Western doctor that might not believe, necessarily, in the healing powers of essential oils, or any variety of acupuncture, things that have been tried and tested for hundreds of years. And we find that they are very helpful to people, and that there’s an incredible power in the human body to heal itself. I think any time you’re trying to move the needle, trying to empower women, you find resistance, and so I think it’s just part of what we do.

What Paltrow is doing is not empowering women. It’s taking advantage of them. You can’t cloak pseudoscience in pseudo-feminism. But at least that last response hit the nail on the head as to why Goop will never be a company that values science over sales. Paltrow readily admits she believes “essential oils” have “healing powers.”

If those products masqueraded as actual medicine, they would be illegal. No science team will fix that. And no interview will change the fact that Goop continues selling sham products, many of which are nothing more than expensive placebos. 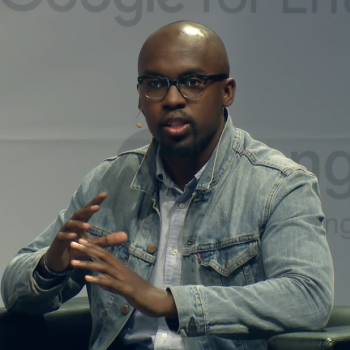 October 11, 2018 An Atheist Charity is Suing the IRS After Having Its Tax Exemption Revoked
Browse Our Archives
What Are Your Thoughts?leave a comment