When the Supreme Court ruled 7-2 in favor of a Christian baker in the Masterpiece Cakeshop case, it was an extremely narrow ruling that did not suggest anti-gay discrimination was acceptable for religious reasons. The case was mostly decided on a technicality.

It was a different story today in the UK in a case involving Amy and Daniel McArthur, the evangelicals owners of Ashers Baking Company. The McArthurs refused to make a cake for a customer, featuring Sesame Street‘s Bert and Ernie and saying “Support Gay Marriage,” for the International Day Against Homophobia. They said a cake promoting homosexuality in that way (leaving aside that Bert and Ernie are puppets with no sexual orientation) went against their Christian beliefs. 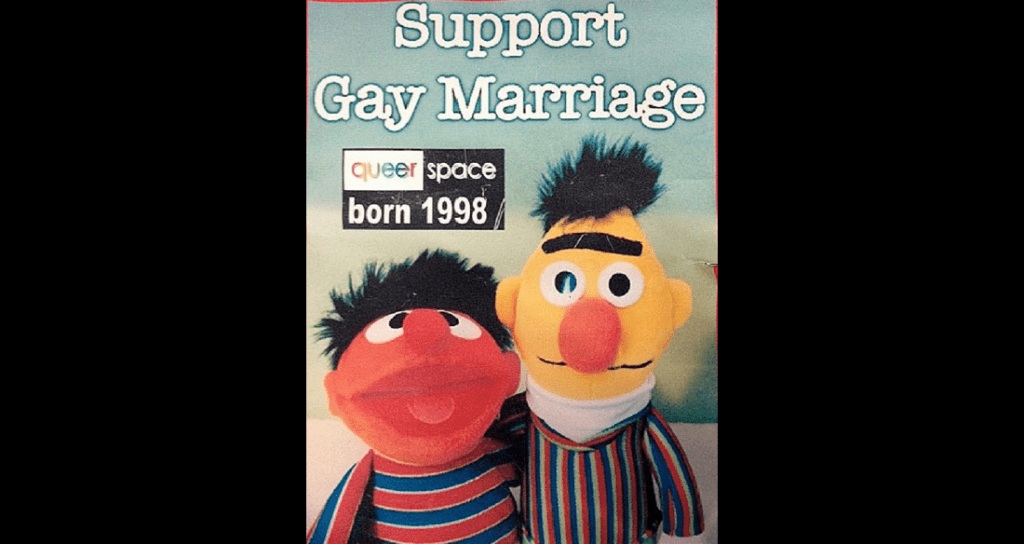 Today, the British Supreme Court ruled 5-0 that the couple had every right to deny making that cake, more broadly saying that business owners didn’t have to promote a message they personally found objectionable.

Judge Brenda Hale said Wednesday that their objection was to the message on the cake, not to the personal characteristics of the customer. She said in her ruling in what has been dubbed the “gay cake” case that while it is “deeply humiliating, and an affront to human dignity” to deny service because of sexual orientation, “that is not what happened in this case.”

Speaking earlier in the case, David Scoffield, lawyer for the bakery’s owners, said that the family should not be compelled to create a product “to which they have a genuine objection in conscience.”

Just to be clear, that makes this a fundamentally different story from Masterpiece. In that case, the couple hadn’t even asked for a special cake promoting their same-sex union. When the owner realized they were looking for a wedding cake, he wouldn’t even sell them the same cake he would normally sell straight couples. That’s what made his bigotry different from the McArthurs’ bigotry. This was about “the message, not the messenger,” as the ruling noted. It also suggests the British Supreme Court would have ruled against Masterpiece’s Jack Phillips if the situations were reversed.

The justices even said that in a postscript to the ruling, citing the U.S. case:

The important message from the Masterpiece Bakery [sic] case is that there is a clear distinction between refusing to produce a cake conveying a particular message, for any customer who wants such a cake, and refusing to produce a cake for the particular customer who wants it because of that customer’s characteristics. One can debate which side of the line particular factual scenarios fall. But in our case there can be no doubt. The bakery would have refused to supply this particular cake to anyone, whatever their personal characteristics. So there was no discrimination on grounds of sexual orientation.

Evangelical groups are celebrating the victory, though I wonder what will happen the moment a secular baker refuses to make a cake with a Bible verse on it. The BBC elaborates:

The ruling now poses the question whether it would be lawful, for instance, for a bakery to refuse to make a bar mitzvah cake because the bakers’ owners disagreed with ideas at the heart of the Jewish religion? What about a cake promoting “the glory of Brexit”, “support fox hunting”, or “support veganism”?

This opens a lot of doors that the McArthurs may never have anticipated.

Was the ruling a mistake? Possibly, but only because it’s so broad. It’s one thing to permit bakers to refuse to make cakes with hateful messages on them, but this could allow de facto discrimination to occur all over the place.

Could the McArthurs refuse to make a cake for gay customers that just has a rainbow? What about a birthday cake from an openly gay customer to his partner that says “Happy birthday” with a winking emoji afterwards? How explicit does the message need to be before “freedom of conscience” kicks in? We don’t know.

This issue was already messy. It’s about to get a lot messier. 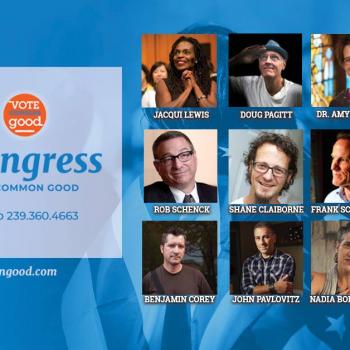 October 10, 2018
The Religious Left is Urging Evangelicals to Vote for Democrats in November
Next Post

October 10, 2018 Pope Says Abortion is Like “Hiring a Hitman,” Showing His True Colors
Browse Our Archives
What Are Your Thoughts?leave a comment