Here’s what atheist and church/state separation groups are saying about the confirmation of Brett Kavanaugh to the Supreme Court. This post will be updated as more statements come in. 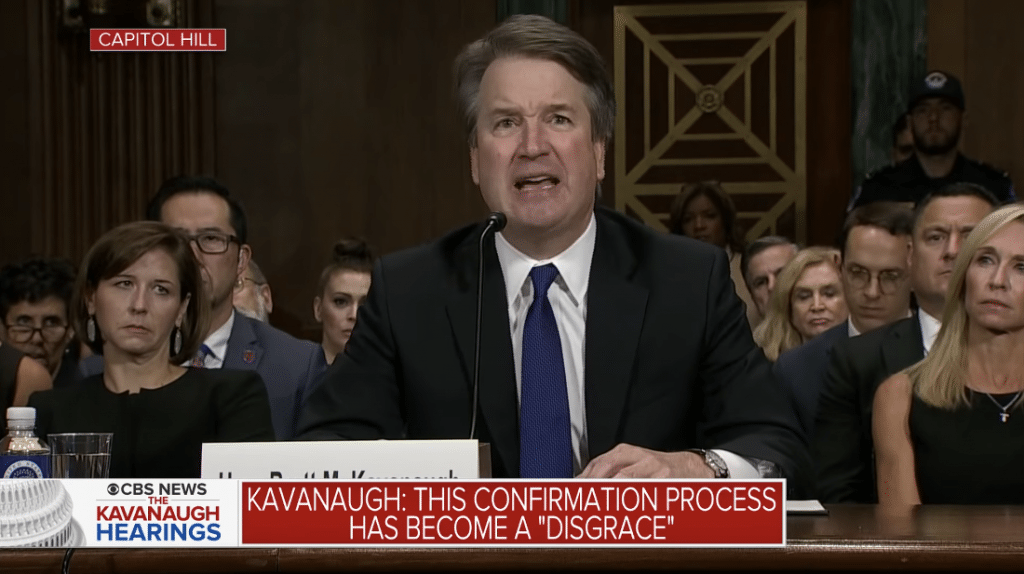 “The confirmation of Judge Brett Kavanaugh to our nation’s highest court is a supreme injustice. By voting to confirm Judge Kavanaugh, the Senate has compromised the integrity of the Supreme Court and imperiled the civil rights of the most vulnerable among us. Our decision to oppose Kavanaugh was taken after a serious consideration of his record, to the extent it was available, and how his rulings would impact secular Americans and the separation of church and state. Throughout his legal career, Judge Kavanaugh has repeatedly issued rulings and opinions that convey a disturbing rejection of the constitutional principle of a separation between church and state. There is no reason to doubt that Justice Kavanaugh will bring this radical jurisprudence with him to the Supreme Court and issue rulings that erode the Establishment Clause, undermine civil rights, and further distort the principle of religious liberty. The damage done by these rulings will far outlast Justice Kavanaugh’s tenure on the Court or the political careers of the Senators who helped put him there.”

“One doesn’t even have to look too closely at Judge Kavanaugh when they recognize the unwavering support of the religious right. This well funded, extreme religious minority has proven time and time again that they do not care about values or the Constitution — they care nothing about the things that truly make America great. They care about their agenda and their agenda only, at all costs and at all expense. Our nation needs to wake up to the damning effects they have on our democracy and strip this minority of their political might.”

“The United States is still a democracy and its future will not be decided by any one judge’s rulings but by the votes of tens of millions of Americans. Those Senators who voted to confirm Kavanaugh must know they are supporting the theocratic agenda of an extreme religious minority at the expense of women, LGBTQ Americans, religious minorities, and nontheists. The Secular Coalition for America will ensure that voters do not forget which side they chose.”

Rachel Laser, CEO and President of Americans United for Separation of Church and State:

“Brett Kavanaugh has shown himself to be unworthy of a seat on the Supreme Court, and today’s vote in the Senate is a stain on that institution. Rather than a full and fair hearing that would have examined Kavanaugh’s record and the serious charges against him, the country saw a rushed, perfunctory process that had all the hallmarks of a sham.

“Kavanaugh’s views alone disqualified him from the Supreme Court, particularly his opposition to the separation of religion and government. His record as a judge of allowing people to use ‘religious freedom’ to discriminate is especially ominous in light of the Religious Right’s movement, empowered and emboldened by this administration, to misuse this core American principle to advance a regressive political agenda.

“We are thankful for the millions of people, including our own relentless members, who spoke out against his nomination. No matter what, we will continue to fight for our foundational principles and will not be deterred in preserving real religious freedom for all Americans. Today’s vote only makes our work all the more important.

“Through this painful process, the country has been reminded of the importance of our courts and the political branches that choose judges. With an important election a month away, we must not lose sight of understanding that who represents us matters deeply.”

From the moment Brett Kavanaugh was nominated to this position, we knew that he presented a unique and existential threat to the constitutional principles of religious equality and the separation of religion from government.

During this confirmation process, our worst fears about Kavanaugh’s record, judicial philosophy, and temperament were confirmed. He has repeatedly shown himself to be a partisan ideologue who is more interested in protecting religious privilege for politically powerful sects than standing up for true religious freedom.

Kavanaugh’s views on religious issues are deeply outside the mainstream and threaten decades of precedent on issues ranging from taxpayer subsidy of religion and proselytizing in public schools, to civil rights protections for LGBTQ Americans and access to reproductive health care for women.

His confirmation to the Supreme Court is sad day for all Americans who value equality, justice, and fairness. This process has profoundly undermined our confidence that the Supreme Court will remain an even-handed forum for resolving the most important legal issues facing our nation. Kavanaugh will instead be the deciding vote in cases that ensure religion retains its privileged position in American politics and expands its use as a weapon against vulnerable people.

… his appointment, as bad as it is for legal cases headed to the Supreme Court, won’t be a failure for humanists and progressives if our outrage manifests into votes come November… the Kavanaugh confirmation process has revealed to all Americans how far right, how unprincipled, and how anti-humanistic our opposition really is. And the struggle has shown that a significant majority of the nation doesn’t support putting people like Kavanaugh in positions of power.

The Center For Inquiry:

“Kavanaugh’s appointment has been rushed through amid clouds of suspicion on an overwhelmingly partisan party line vote in order to publicly deliver on this administration’s promise to the religious right that it will pack the Court with justices pledged to overturn Roe v. Wade,” said Nicholas Little, CFI’s Vice President and General Counsel. “President Trump and the Republican majority in the Senate have dismissed all allegations against Kavanaugh, ignored his mendacity to the Senate and his demonstrated lack of judicial temperament, and imposed him as the all-important fifth vote to roll back hard-won abortion rights, protections for the LGBTQ community, and further impose Christian privilege on atheists and minority believers.”

“Kavanaugh stands accused by multiple women of sexual assault and misconduct,” continued Nick Little. “The rushed investigation into these claims, which didn’t even bother to interview the accuser, is nothing more than a sham. Kavanaugh in his appearances before the Senate has told repeated lies, from the mundane, regarding his earlier drinking, to the specific, as to government programs he was involved in. Kavanaugh sat before the Senate and raged at his accusers, promising retribution against the conspiracy that was attacking him. He showed himself in those moments unworthy of a seat on the highest court, and incapable of filling it in the unbiased, unpartisan way it demands.”

“The Senate has traded justice for political expediency in this appointment,” said Robyn Blumner, CFI’s President and CEO. “The religious right has got what it was promised. The legitimate concerns of women across the country have been ignored. With Kavanaugh on the bench, we face a long fight to protect reproductive rights, equality for the LGBTQ community, and fair treatment for atheists and non-believers. CFI promises to carry on that fight — through legal action, through lobbying our elected representatives, through education. Now is not the time to give up; now is the time to redouble our efforts to ensure that religious privilege can never be allowed to trump the fundamental rights guaranteed to us by our constitution.” 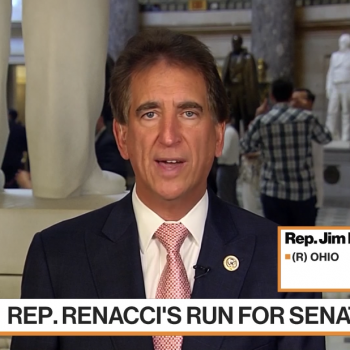 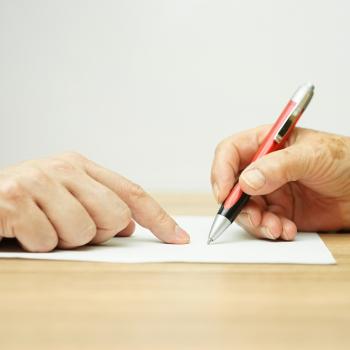 October 6, 2018 Woman's Will, Prepared by Church to Pay Itself and Exclude Her Kids, is Invalid
Browse Our Archives
What Are Your Thoughts?leave a comment