With Hand Signs, Deaf Kids Were Groomed for Sex, and Pope Francis Is Implicated

Did Pope Francis, in his days as a cardinal, knowingly shield clergy child abusers from justice by shuffling them from one diocese to another? In Italy and Argentina, detectives are looking into it. 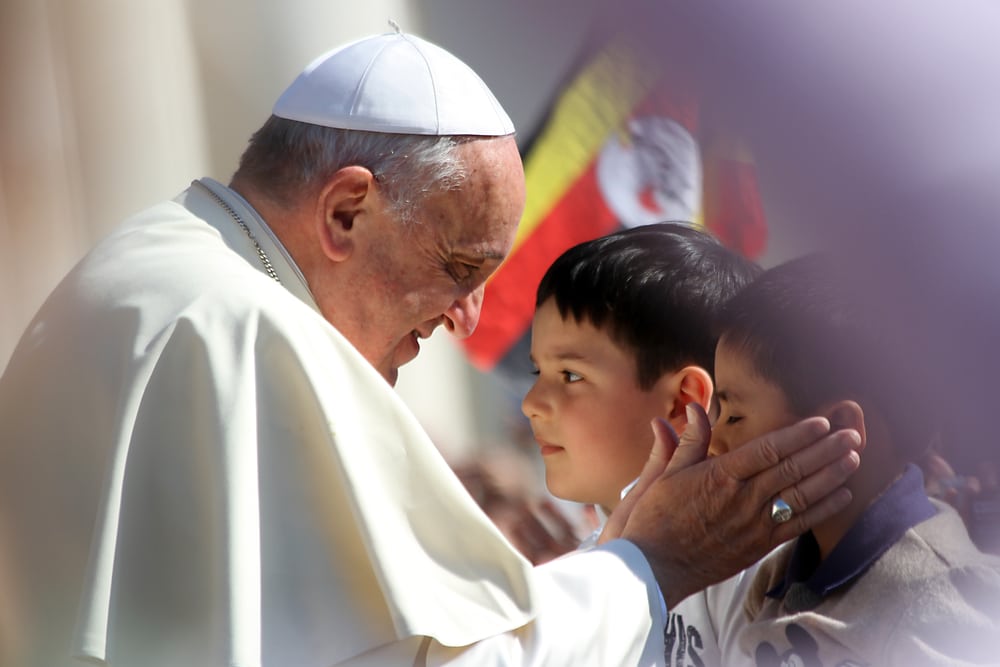 Sixty-seven young boys … have been named in court documents and were allegedly abused by more than two dozen priests and brothers at the Provolo Institute [a school for the deaf in Italy], according to Verona prosecutors who have been investigating the allegations for nearly a decade and who plan to bring it to trial later this year.

The Beast recounts what happened to one boy, Giuseppe, who was born deaf and mute and whose parents surrendered him to the Church-founded Provolo school.

From that point on, Giuseppe said through his interpreter — often using fast and somewhat violent sign language as tears ran down his face — priests and the brothers would give a sign to the young boys and then take them to special rooms Giuseppe says were used for “time out” punishments or as resting areas. He said that because everyone was deaf at the school except those who worked there, no one could hear the screams and cries of the young boys when the abuse took place.

Giuseppe said that on several occasions he and others tried to write down what was happening, but because their letters and notes were given to the priests and brothers to be mailed…

… those missives never made it out.

For Giuseppe, the abuse continued until he was 18 and he could finally choose to leave. Meanwhile, dozens of other children at the Provolo Institute were treated to the same abuse. Giuseppe recalls that…

… “Sometimes you would see priests coming into the dormitory at night, or you would see friends with tears rolling down their faces and you knew exactly what had just happened.”

Luckily for some of the Provolo padres whose pedophile exploits were the subject of whispers in Catholic circles, the Verona institute has a sister school in Mendoza, Argentina. In a now-familiar pattern, some of the abusers — most notably a priest named Nicola Corradi — were quietly shipped off to Mendoza, only to start their sexual assaults on children all over again.

It spiraled further from there, and this is where Pope Francis is possibly involved:

Julieta Añazco was one of those victims at the [Argentinian] Provolo Institute. She says she was first abused by Father Ricardo Giménez, who worked at the institute. He first attacked her when she was just seven years old, she says, when the two were in a tent being used as a confessional at a Catholic youth festival. The abuse went on for three years before her parents found out and filed a complaint. Giménez was then transferred by the Archdiocese of Buenos Aires, under the direction of then-Cardinal Jorge Mario Bergoglio, now Pope Francis.

Añazco and other students from the Provolo Institute say they repeatedly requested a meeting with Bergoglio, but that he ignored them. Shortly after he became Pope Francis, the group wrote a letter to his Vatican address in which they again laid out what had happened in Argentina on his watch. This time, the pontiff got right on the case and assured the victims that a sweeping investigation was underway.

The Holy Father has since only apologized for church sexual abuse in generic, non-specific terms, and he continues to stubbornly sidestep the issue when asked about it by journalists.

Most likely, some victims will receive secular justice, considering the investigations that are underway in both Verona and Mendoza. The Church, meanwhile, is still turning a blind eye, excelling in nothing so much as denial if not outright obstruction.

P.S. According to a new Pew poll, Pope Francis’ popularity among U.S. Catholics is down sharply.

The declining confidence in Francis is clearly related to the sex abuse scandal in the church. More than one-third of U.S. Catholics rate his handling of the crisis as “poor” in the latest survey, triple the share who said that in 2015. Just 3 in 10 Catholics say Francis has done an “excellent” or “good” job addressing the abuse scandal, down about 24 percentage points from 2015 and down 14 points from January of this year, when Pew researchers last asked the question.

How low can he go?

October 4, 2018
Bishop: I Believe Brett Kavanaugh Since Moral Law Favors "the Superior" One
Next Post

October 4, 2018 Albert Einstein Letter Calling God a "Product of Human Weakness" is Up for Sale
Browse Our Archives
What Are Your Thoughts?leave a comment