National Council of Churches: Brett Kavanaugh “Must Step Aside Immediately”

We know 48% of white evangelicals would support Brett Kavanaugh‘s ascendence to the Supreme Court even if he was guilty of assaulting a woman. That shouldn’t surprise anyone who’s seen all the stories about sexual assault in those non-denominational churches and how white evangelicals have (mis)handled them.

But now a different subgroup of Christians is speaking out against Kavanaugh’s nomination. 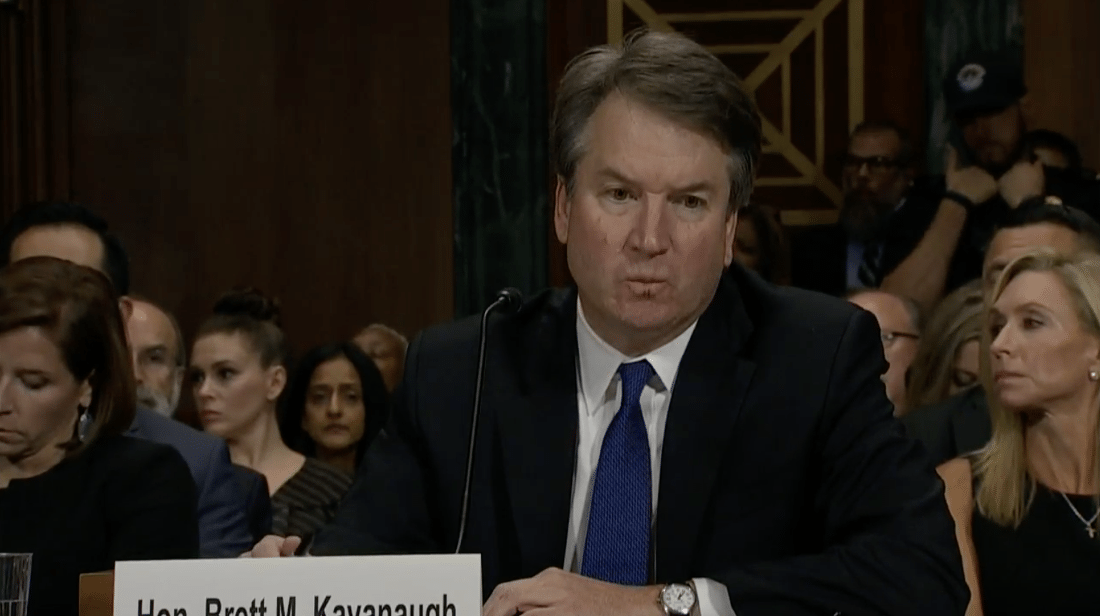 The National Council of Churches, a group representing nearly 40 Christian denominations made up of approximately 40 million Americans, has released a letter calling for Kavanaugh’s nomination to be withdrawn. They cite the credible assault allegations against him, his angry temperament, and his blatantly partisan mindset.

“Judge Kavanaugh exhibited extreme partisan bias and disrespect towards certain members of the committee and thereby demonstrated that he possesses neither the temperament nor the character essential for a member of the highest court in our nation,” the statement read.

The National Council of Churches alleged that Kavanaugh’s testimony included “several misstatements and some outright falsehoods,” including some related to Christine Blasey Ford’s accusation that Kavanaugh sexually assaulted her at a high school party in the 1980s.

The group also pointed to what they called Kavanaugh’s “troubling” judicial and political record on some civil rights issues.

“Judge Kavanaugh’s extensive judicial and political record is troubling with regard to issues of voting rights, racial and gender justice, health care, the rights of people with disabilities, and environmental protections,” they wrote. “This leads us to believe that he cannot be an impartial justice in cases that are sure to come before him at the Court.”

While the original letter didn’t really reference the assault, it was amended to say members were “deeply disturbed” by what Dr. Christine Blasey Ford said and demanded a thorough FBI investigation.

What’s really sad is that this letter will be seen as little more than a road bump on the way to Kavanaugh’s confirmation because these Christians don’t matter to conservatives. They’re not primarily the white evangelicals who make up the GOP base. They’re also the other Christians who, in many cases, vote for Democrats. And because of that, Republicans will pay little or no attention to their letter.

It’s just another sign that Republicans don’t really care about “Christian values” unless the Christians in question already align with their hard-right platform.

Last night, a cloture vote on Kavanaugh was scheduled before senators even had a chance to read the FBI report. The vote on his confirmation could occur as soon as this weekend. While the Religious Right may be rooting him on, these compassionate Christians are praying for any other outcome.

It’s incredibly, really, how much ink has been spilled trying to convince two Republicans to have a heart and not reward an alleged assaulter who hasn’t even been subject to a truly thorough FBI investigation. But if Susan Collins, Lisa Murkowski, and Jeff Flake don’t care what millions of women are telling them, and don’t care what millions of Christians are telling them, and don’t care what protesters have been trying to tell them, the message to abuse victims is clear: You don’t matter to Republicans.

GOP tribalism in the Senate is more important than the safety and concerns of women. Or at least that should be the story heading into the midterms if the publicly wavering senators choose party over country. (Again.) 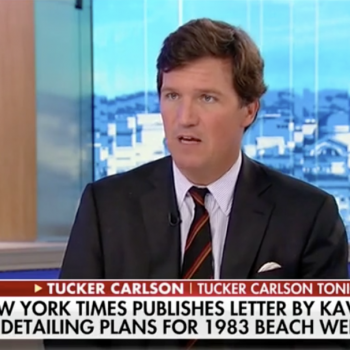 October 4, 2018
Tucker Carlson: Brett Kavanaugh Backlash is Due to a "Theocracy Run By Atheists"
Next Post

October 4, 2018 Bishop: I Believe Brett Kavanaugh Since Moral Law Favors "the Superior" One
"And we could be in even bigger trouble if new variants of COVID-19 arise that ..."
CriticalDragon1177 Atheist Groups Urge Supreme Court to ..."
"I believe it's in the same psychiatric book that has an explicit definition for "batshit ..."
Fromper Christian Mommy: Love Isn’t Necessary to ..."
"More victim shaming. You’re blaming the preacher for the inability of the student to control ..."
Trilemma Campus Preacher Provokes Fight After Carrying ..."
"So her advice to single young women is just get hitched and put out for ..."
Bob Becker Christian Mommy: Love Isn’t Necessary to ..."
Browse Our Archives
What Are Your Thoughts?leave a comment