U.S. Catholics Are Fed Up With Pope Francis’ Handling of the Sex Abuse Scandal

You would think a guy nicknamed Pope PR would be better at… well, you know. But a new analysis by the Pew Research Center finds that American Catholics have become increasingly frustrated with the way Pope Francis has been handling the child sex abuse scandals in the Church — and the bottoming out of his approval shows no sign of stopping.

As we speak, fewer than a third of U.S. Catholics think the pope is doing a good job. 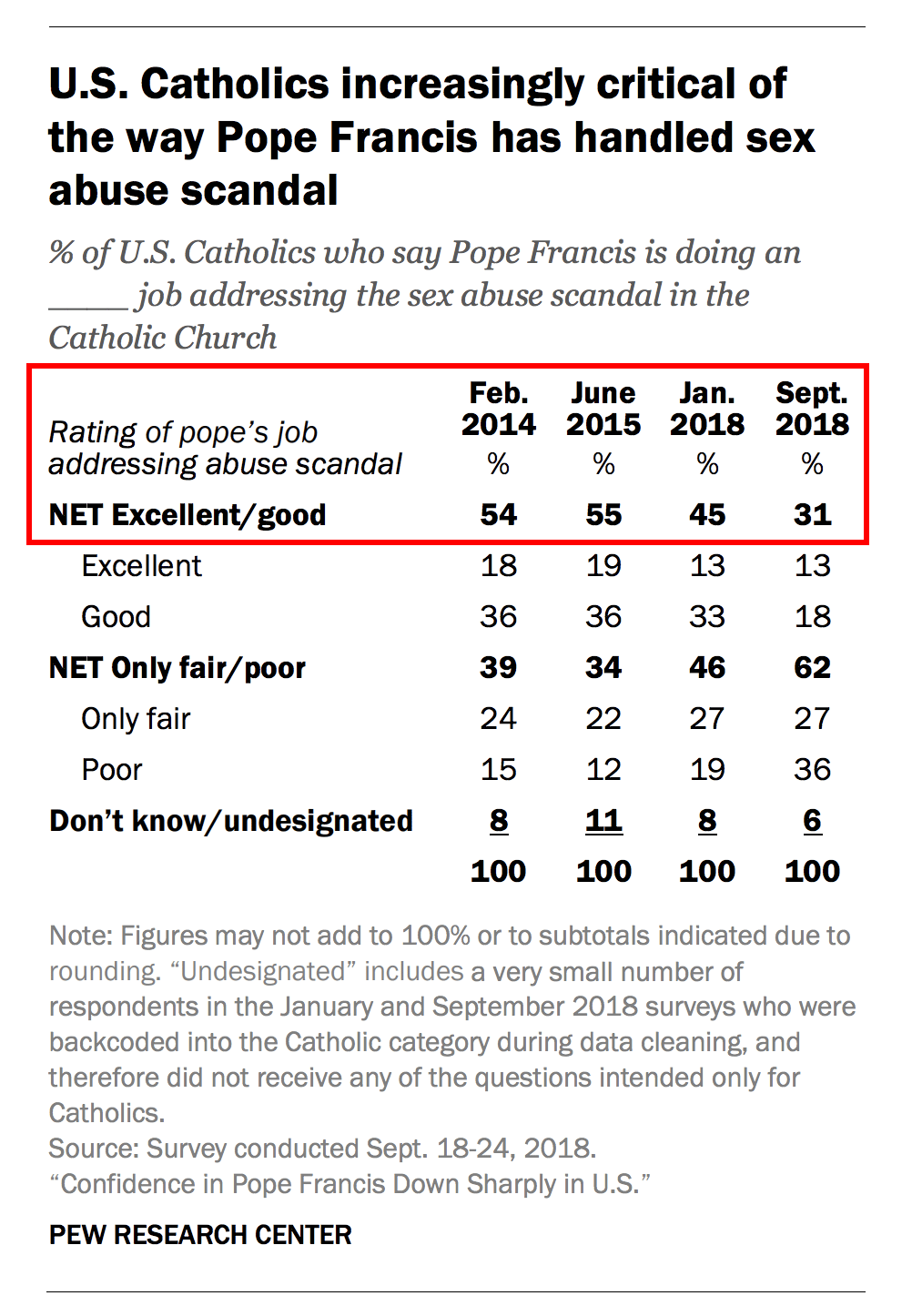 It makes you wonder: Who the hell are these 31% of Catholics who think the pope’s handling the crisis well?

Perhaps the most damning testament to how the pope is doing is seen in the middle graph below. Look at the approval rankings tank for people under the age of 50. 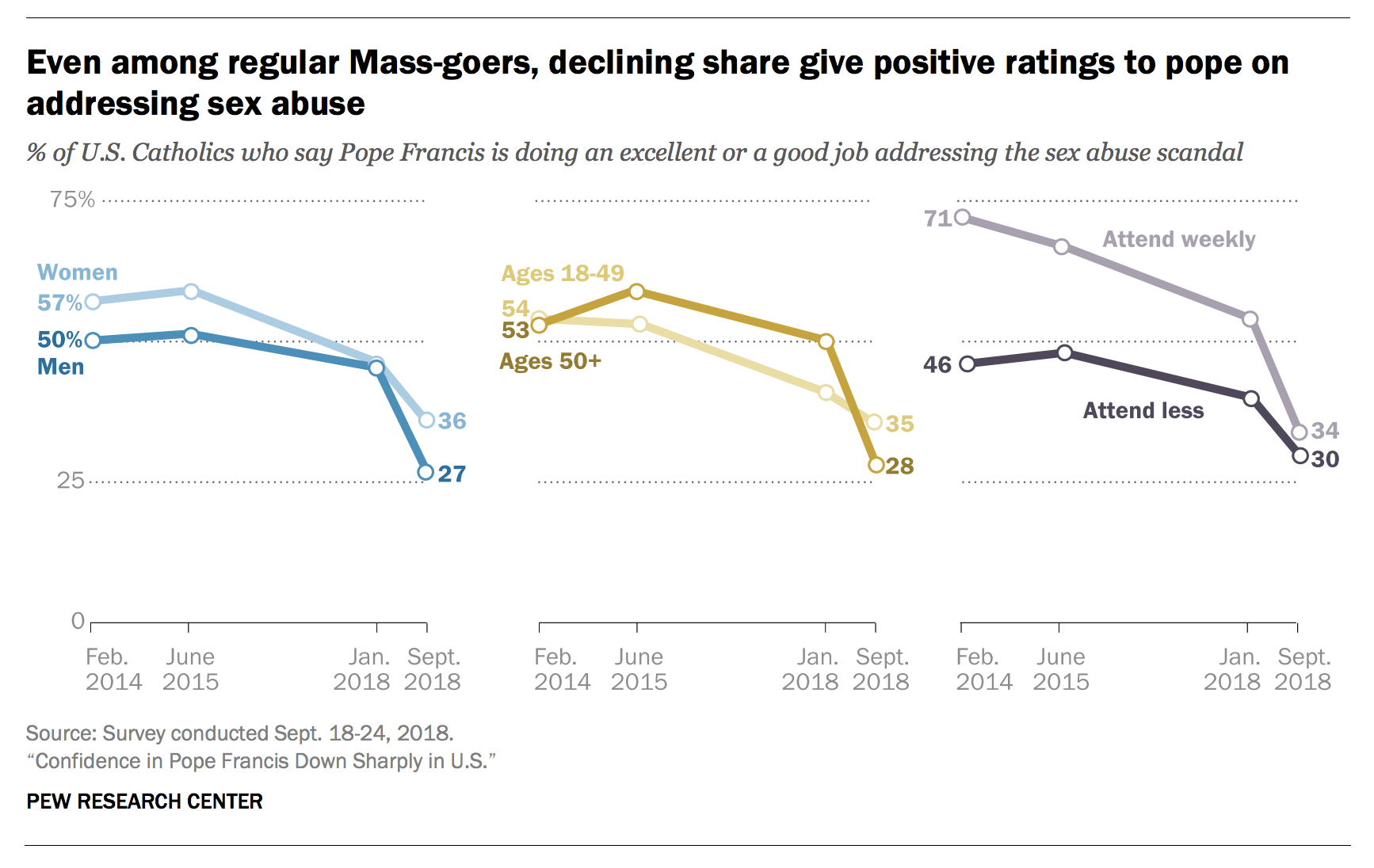 It’s not just sex abuse where U.S. Catholics are disappointed with the pope’s job performance. The numbers have gone down when it comes to approval for how he is at appointing new Church leaders (from 58% to 43%), spreading the faith (81% to 55%), and defending Catholic morality (81% to 55%).

None of this ought to be surprising. The issue is no longer about how abuse is happening within the Church; the disappointment comes from how the Church has responded to those allegations and how it’s moving forward. They just haven’t done enough to be open and transparent about what’s going on in each diocese. The Church may no longer be protecting pedophiles, but it remains home to plenty of people who knew about the abuse and covered it up. That was clear from the grand jury report in Pennsylvania and additional stories about people like Cardinal Theodore E. McCarrick.

After all this time, the Church still hasn’t gotten rid of the worst people in its ranks. And when there are that many problems with the employees, you have to blame the boss.

October 3, 2018
Baptist Leader Who Told Abused Wives to Stay and Pray Will Teach Class on Ethics
Next Post 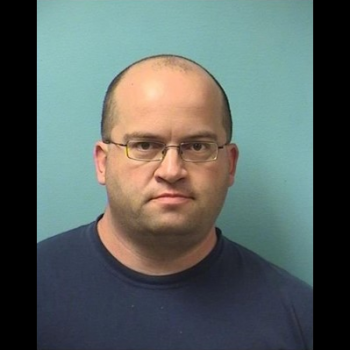