Kyrie Irving is Sorry for Saying the Earth is Flat (But He Still Believes It) October 2, 2018 Hemant Mehta

NBA star Kyrie Irving has finally apologized for suggesting the Earth is flat, more than a year after his ignorance helped spark a revolution of stupidity.

They, in this case, would include every single person with a science degree… and first graders.

He didn’t let up after that, and it’s had an impact. Just this past April, a poll found that only 66% of people ages 18-24 said they had always believed the world is round.

In June, Irving backed off from his claims… but only a little bit. He told the New York Times that he had staked out a middle position… as if questioning a fact was proof that he was a critical thinker.

REPORTER: You’ve been coy about what you really believe so I’m hoping you’ll clarify here. Do you or do you not believe the Earth is flat? Or do you not know?

IRVING: That’s what I’m asking you. No, no, no. Can you openly admit that you know the Earth is constitutionally round? Like, you know that for sure? Like, I don’t know. I was never trying to convince anyone that the world is flat. I’m not being an advocate for the world being completely flat. No, I don’t know. I really don’t. It’s fun to think about though. It’s fun to have that conversation. It is absolutely fun because people get so agitated and mad. They’re like, “Hey man, you can’t believe that, man. It’s religious, man. It’s just science. You can’t believe anything else. O.K.?” Cool, well, explain to me. Give me what you’ve known about the Earth and your research, and I love it. I love talking about it.

IRVING: Absolutely. It’s fun for me, man. It’s mentally stimulating to hear because there absolutely are scientists or engineers that have said, “Hey man, I believe the Earth is flat”…

No scientists or engineers have ever said that.

Irving was playing this weird game where he paid just enough respect to the conspiracy nuts while pretending he was above it all because he wasn’t taking sides. But when the evidence is so clearly on one side of a debate, being a moderate is not a noble position. In some ways, it’s even worse than the people on the other side because at least they’re fully deluded. They drank all the Kool-Aid. It’s like people saying, even today, that they’re not voting in the midterms because both political parties are equally horrible. They’re not above it all; they’re part of the problem.

But now Irving is apologizing for all the bullshit. Kind of.

Speaking Monday at the Forbes Under 30 summit in Boston, the flat-Earth topic that Irving inserted himself into last year was discussed — and the All-Star guard said he didn’t realize the effect that his claim would have once it went public.

“To all the science teachers, everybody coming up to me like, ‘You know I’ve got to reteach my whole curriculum?’ I’m sorry,” Irving said, as the room attending his session laughed. “I apologize. I apologize.”

That’s… not a real apology. Yes, the problem was that Irving said something stupid publicly, but claiming he would have been better off saying it in private suggests he still believes the world is flat. He’s still lending his name to a conspiracy that doesn’t deserve any oxygen.

“At the time, I was like huge into conspiracies,” Irving said. “And everybody’s been there.”

At no point, though, did he say he was wrong. Or that the world is round. Or that anyone who believed him should reconsider their views. Instead, he just gave teachers more work to do. 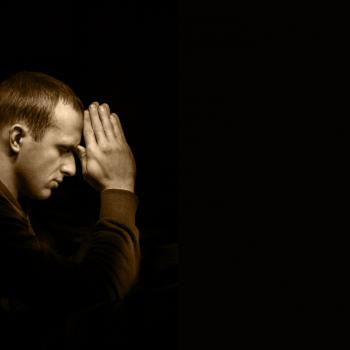 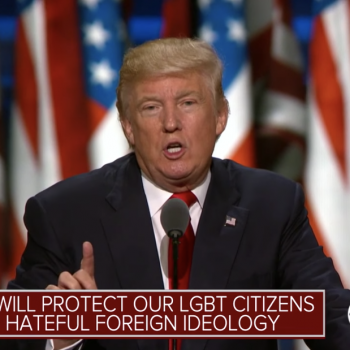 October 2, 2018 Trump Administration to End Visas for Unmarried Same-Sex Partners of Diplomats
Browse Our Archives
What Are Your Thoughts?leave a comment