Catholic League: PA Rep. Wants New Lawsuits Against Church So He Can Cash In

Last week, the Pennsylvania House passed a bill that would help victims of child sexual abuse. Senate Bill 261 would eliminate the statute of limitations in such cases, extend the deadline (by 20 years) for people to file civil cases against their abusers, and create a brand new two-year window for older victims of such abuse to sue their abusers.

It’s that last bit that created all kinds of chaos — and pushback from the Catholic Church. They don’t want more lawsuits against them, certainly not from victims who were timed out of suing them because the abuse happened several decades ago. The legislation is also on shaky ground in the GOP-led State Senate because it treats sex abuse cases different for private and public institutions — lawsuits against private groups (like the Church) require a lower burden of proof and there’s no cap on damages. It could theoretically bankrupt the Church… and, for some reason, there are people who think that’s a bad thing.

That’s why the Church and its defenders are doing everything they can to derail this bill. The Church has to walk a fine line between showing compassion for victims and rejecting a bill they think unfairly singles them out. But people like Bill Donohue of the Catholic League who have never been known for compassion are just flinging whatever bullshit they can find in order to discredit the legislation.

It involves State Rep. Mark Rozzi, who inserted the amendment about the two-year window for older abuse victims and has said this legislation is personal for him because he, too, was a victim of abuse at the hands of a priest. Therefore, says Donohue, Rozzi isn’t really in a position to back this bill because it’s really all about making money for him. 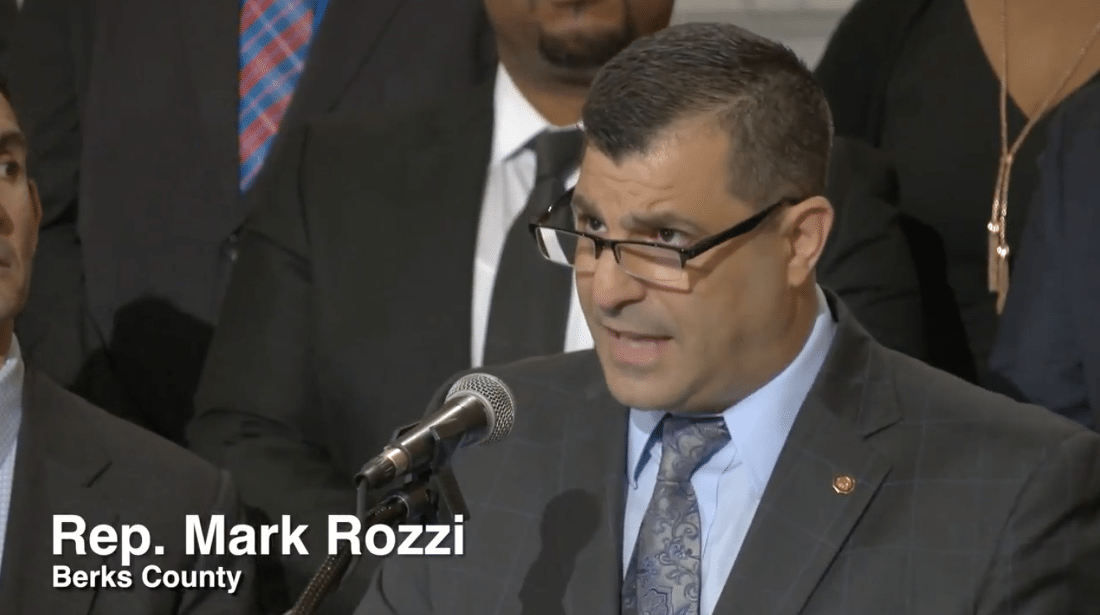 Pennsylvania State Rep. Mark Rozzi should recuse himself or abstain from voting on any future bills that would amend the statute of limitations on the sexual abuse of minors.

Rozzi claims he was sexually abused by a priest, now deceased (whom he never reported or told anyone about at the time) when he was 13. If Pennsylvania law is revised to allow a two-year lookback so that alleged victims can resurrect old claims, Rozzi would be in a position to reap a substantial paycheck.

Rozzi has never said he would sue his abuser. And it’s deeply disingenuous to pretend that a victim of a crime has no sincere motive for preventing that crime in the future. (And, by the way, if he ever did reap a “substantial paycheck,” it would be because the Church was found guilty of facilitating the abuse, a fact that Donohue just glosses over.)

Donohue offers a brief mention that it’s possible that Rozzi just cares about abuse victims… before coming back around to money.

Now it may be that Rozzi’s motives are pure and his efforts at amending the law have nothing to do with ingratiating himself. Still, there is the appearance of impropriety, and that alone demands that he not participate in any more of these proceedings.

There is literally no appearance of impropriety. There’s just Donohue assuming anyone who goes after the Church has ulterior motives for it, rather than a sincere concern for the safety of children.

In any case, the bill is in the hands of the State Senate. If they pass it as is, the governor has pledged to sign it, and Rozzi wouldn’t be involved. Even if the Senate amended the bill and it went back to the State House, Rozzi’s vote isn’t a deciding one. (The bill passed 173-21. It wasn’t even close.) He could sit this one out and it wouldn’t make a damn bit of difference.

I have reached out to Rozzi with a question about whether he would sue the Church if the bill passed — no response yet — but his answer is honestly irrelevant. Donohue makes it sound like Rozzi got abused as a child as part of some long con against the Church. He forgets that other people aren’t as calculating and despicable as he is. 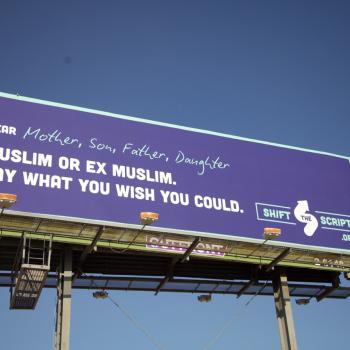 October 1, 2018
These Billboards in Texas Urge Muslims and Ex-Muslims to Maintain a Dialogue
Next Post 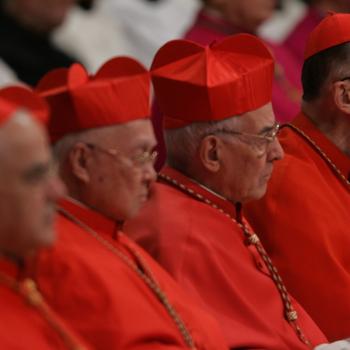