Keith Kozak was an outreach minister for the Catholic Diocese of Cleveland and up for a big promotion earlier this month. So when he was told to come in for a meeting, he figured it was about the position.

He didn’t get the promotion. They called him in to fire him.

The reason? When scouring his social media posts, they saw that he had “liked” a post about a friend’s same-sex marriage and posted another statement about another same-sex wedding that read, “Enjoy your Happily Ever After! I’m glad I could be a part of it!”

The 39-year old found himself face-to-face with his supervisor and someone from human resources. “They sat me down and they said we had seen some things on Facebook and Twitter and that would like to talk to you about that,” said Kozak.

“It was a quick meeting. The very next day, I received a letter that said I was terminated,” said Kozak.

The fact that Kozak himself is gay should be irrelevant to the Catholic Church, and as long as he’s celibate and single, they usually don’t care. The idea that a Catholic official, even in a minor capacity, would be punished merely for attending someone else’s same-sex wedding and celebrating their love online is the kind of bigotry you expect from conservative Christians. (I believe someone in the Catholic Church once asked, “Who am I to judge?“)

The Church in this case chose to punish a man who spoke positively of a same-sex union even though he wasn’t participating in one himself. By that logic, you’d think the Church would have a problem with the 53% of Catholics who support abortion rights in all or most cases, or 67% of Catholics who support marriage equality… but they know damn well that if they made everyone pass a purity test, their pews would become increasingly empty. So they’re just punishing a guy whose job it is to bring more people into the fold.

I’m not surprised by this. It’s the Catholic Church. Why would any reasonable person expect them to do the right thing? Kozak, however, didn’t think this would happen.

Kozak admits he knew his social media must reflect the teachings of the Catholic Church, but he didn’t feel like his posts violated that.

Meantime, the Catholic Diocese of Cleveland released a statement which said it does not comment on specific reasons for personnel action, but it’s confident that Kozak’s termination was appropriate.

Kozak is as naïve as a Catholic school teacher who gets married to a same-sex partner and thinks her 30 years of service will make her immune to getting fired. The Church doesn’t care about loyalty or love. They prize dogma above everything else.

It’s too bad Kozak had to find that out the hard way.

Maybe something good can come from this, though. Maybe others will choose to leave the Church because they’re sickened by the way they’re treating a perfectly dedicated servant.

(via Without a Crystal Ball) 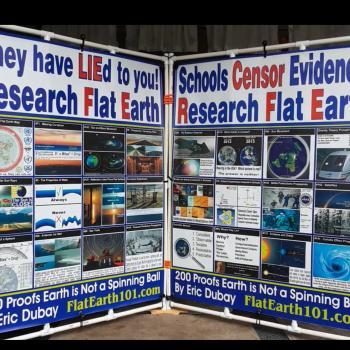 September 30, 2018
A Flat Earther Tried Convincing Her School Board to Teach the Controversy
Next Post 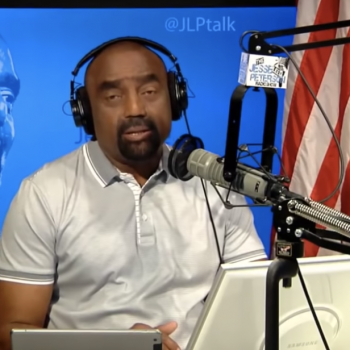 September 30, 2018 Jesse Lee Peterson: Democrats Are Controlled By Angry, "God-Hating" Feminists
Browse Our Archives
What Are Your Thoughts?leave a comment