As we come up on the tenth anniversary of Bill Maher‘s Religulous, the comedian spent the end of Real Time last night noting how far atheists had come, at least demographically. He also pushed back against a common anti-atheist argument before, as you’d expect, tying it all back to Donald Trump.

Now I learned making Religulous that every time you blame religion for so much of the world’s misery, religious people say, “But Bill, the godless cultures like Hitler’s Germany and Stalin’s Russia and Mao’s China were the worst, and they had no religion!”

But here’s the thing about Naziism, Maoism, and Stalinism. Those were religions. State religions.

That’s one hell of a way to put it.

As for Trump — a man who’s “got Jim Bakker’s hair and Tammy Faye’s makeup” — Maher argued he had such support among the Christian Right because he reminds them of the religious leaders they grew up with.

He had a sham university. [Picture of Jerry Falwell]

He personifies that prosperity gospel bullshit they all spin. [Picture of Joel Osteen] Yes, the more money I have, the happier you are!

That’s Trump! The private planes. The traveling salvation show. The home that looks like the Sistine Chapel — including the crying statue of Melania…

It wasn’t just religious leaders, Maher said. Trump reminded them of the Old Testament God: Petty, vindictive, a rageaholic, obsessed with loyalty over morality, and the sort of person who would write a list of the ten worst things anyone can do with the first four being attacks on his ego.

The bit was entertaining (if slightly stale), but the fact that this clip will almost certainly go under the radar shows you just how far atheism has come in the past decade. This won’t go viral because it doesn’t need to. There are other comedians who mock religion and religious hypocrisy, and atheism isn’t really taboo to talk about in much of popular culture.

Maher deserves some of the credit for that. Not a lot of it like he implies near the beginning of the segment. But some, for hosting a show where atheists are invited as guests, given the chance to talk about their non-belief, and challenged (sometimes) by other panelists. At a time when politics is infused with religion, we could always use more of that. 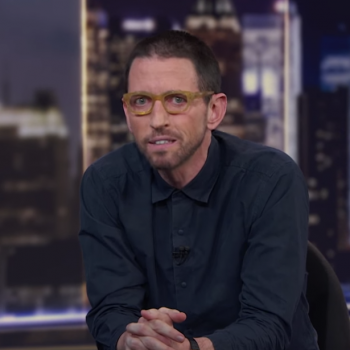 September 28, 2018
Atheist Comedian: Republicans Could Use More Jesus in Their Lives
Next Post 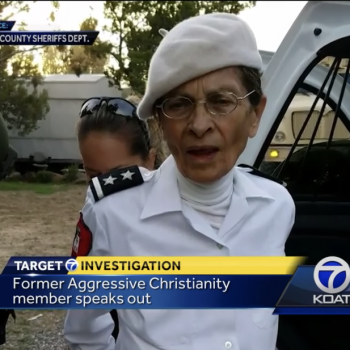