We’re used to some Christians proclaiming the end of the world is imminent and Jesus will return in our lifetime. They’re always purposely vague about when that will happen because attaching a date to those predictions opens up the possibility they’ll be proven wrong.

But that didn’t stop radio evangelist Harold Camping from declaring with absolute certainty that the Rapture would occur on May 21, 2011. He staked his entire reputation on it. His company, Family Radio, spent more than $5,000,000 on 5,000 billboards announcing the date and a media frenzy followed.

Guess what? Nothing happened that day. Camping and his ministry were laughingstocks. Within months, Camping announced his retirement. Months after that, he admitted he was wrong. In 2013, Camping died.

Family Radio, however, is still alive and kicking. For years now, they’ve been airing some of Camping’s old sermons. That’s about to come to an end. The company announced this week that Oct. 7 will be the last day Camping’s sermons will be heard over their airwaves.

Tom Evans, president and general manager of Family Radio, told The Christian Post in an interview on Wednesday that after Oct. 7, the radio station will no longer air Camping’s programs.

“We decided as a team, as a board of directors, and as the leadership team to remove all of Mr. Camping’s teachings,” said Evans.

“Family Radio has come out of self-imposed isolation and we’ve repented from many of our former positions, date-setting the end of the world and all that, as well as the condemnation of the church.”

That marks a shift from what Evans said in 2014 when he claimed Camping would live on over their airwaves. But he told the Christian Post that his view on Camping’s beliefs changed after his own re-examination of them.

“I became increasingly more uncomfortable with many of the presuppositions that Mr. Camping used as well as the scriptural presuppositions, and began to more and more come to see that the whole basis of those doctrines, including his timeline from the New Testament forward, I no longer agreed with. I no longer saw them as being scriptural.“

The rest of us knew that when Camping gave an expiration date for the world, but this guy needed to conduct a scriptural analysis…

In any case, within a couple of weeks, a voice that never needed to be heard will no longer have an audience. But his legacy of religious overconfidence and subsequent utter embarrassment will live on — and it ought to haunt this company for years to come. 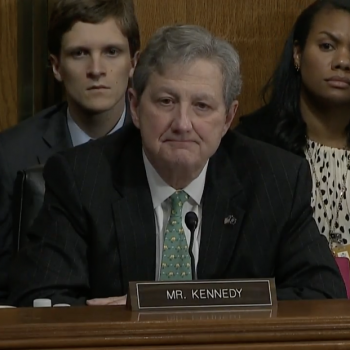 September 28, 2018
Asking Brett Kavanaugh About God Before an Important Question Was Inappropriate
Next Post 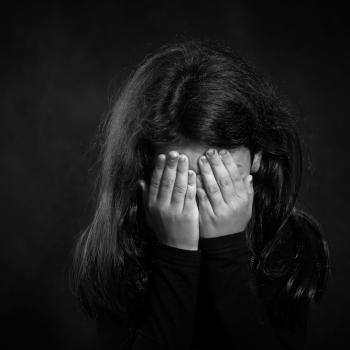 September 28, 2018 The Jehovah's Witnesses Must Pay $35,000,000 to Abuse Survivor, Says Jury
Browse Our Archives
What Are Your Thoughts?leave a comment