A family of Jehovah’s Witnesses reportedly starved and secluded themselves before kidnapping their neighbors, all while in the nude, because they thought the End Times were upon us. 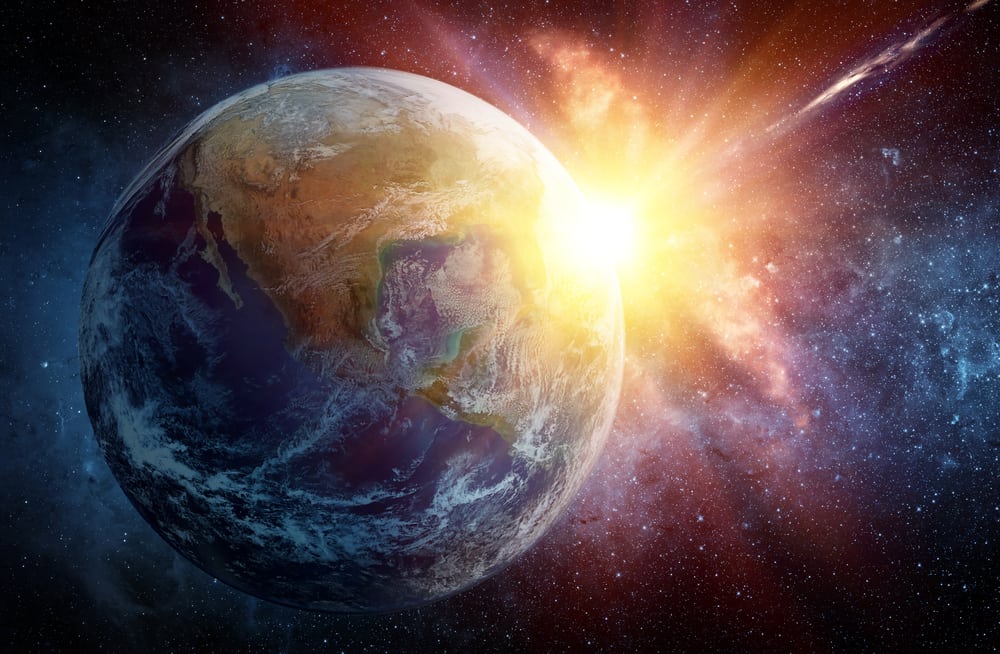 The story comes from recently released court documents in Alberta regarding a strange kidnapping case that happened last year. The family thought the “Great Tribulation” had occurred and that the Earth was experiencing Armageddon.

The group, who are Jehovah’s Witnesses, had gathered at a home near Leduc on Nov. 2. The mother, who was then 35, had taken her daughters there to visit her 27-year old nephew and his 30-year old wife.

But over the next three days, the court document says they didn’t leave the house and they barely ate. One of the teens recalls watching movies but also hearing screaming and banging and seeing ashes in the air. Some of the five hid in a bedroom or a bathroom.

“They did so because they believed that they were in danger, either from bad or wicked people outside or from demons,” says the document.

It says the group believed that the Great Tribulation had happened and Nov. 6 was Armageddon. So they rushed off to find safety and save a neighbouring family.

As someone who has studied religion and hallucinations, I think it’s pretty clear that — if these reports are true — we are witnessing a form of hysteria combined with hardcore religious delusions. The police report specifically mentions that alcohol and drugs were not factors, which suggests this was likely a reaction to fundamentalist doctrines combined with groupthink.

Unfortunately, their false beliefs didn’t help them “save” their neighbors at all — instead, it led to kidnapping and endangering them.

Why were four of the five family members naked? Presumably because they thought it was the end of the world and that they didn’t have time to finish getting dressed.

The mother, the only one dressed, drove them all in a BMW SUV but was in such a hurry she went through the garage door. When the vehicle headed to the neighbours’ home, it apparently bent a metal gate.

The neighbours — a man, his adult daughter and her six-week-old son — were forced out of their house and into the snow without shoes, the document says. The woman and her baby were put in the back seat with the teen girls, who were naked under a blanket. The man was put in the trunk and ordered to chant “Jehovah” ten times.

The group also chanted “Jehovah” as the SUV sped down roads and went through a red light on the way to nearby Nisku, says the document.

Fortunately, the kidnapped neighbors escaped from the vehicle and jumped in a truck that offered to help them. But then the Jehovah’s Witness family went on the attack and showed “extreme strength,” according to the police.

The document says the SUV then rammed the truck from behind and the woman and her baby were thrown into the truck’s dash, although they were not injured. The SUV then went into a ditch.

When Mounties arrived, the group continued to chant and refused to get out, at times clinging to the vehicle and each other. One of the teens believed the police “were monsters who would kill them,” says the document.

Officers said the people in the SUV “displayed extreme strength.” Two were unaffected by pepper spray. The three adults were also shot with Tasers between two and four times before they relented, although one then slid under the vehicle and had to be dragged out with a strap.

The neighbours later told police the group seemed “demonized” and “obviously not in their right minds.”

Adrenaline will do that to you. Especially when you think the world is ending and you have to act quickly and recklessly.

It’s not like the entire family suddenly got schizophrenia, so this isn’t really a mental health issue as it is a demonstration of the power that religion has over some people. It’s also a testament to the human brain, which can cause shifts in reality during certain panicked situations.

Most importantly, though, this is a cautionary tale. If you ever think it’s the end of the world, maybe just turn on the news — and don’t get naked and kidnap your neighbors. It’s pretty simple, isn’t it? 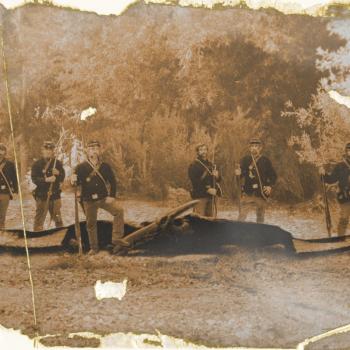 September 26, 2018
Preacher: It's a "Historical Fact" That Dinosaurs Were Killed in the Civil War
Next Post 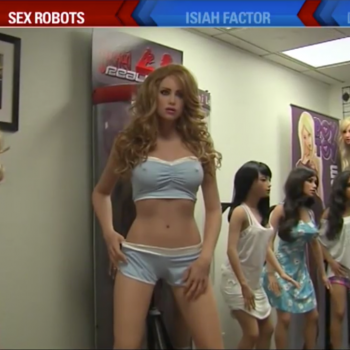 September 26, 2018 Keep Your Filthy Sexbots Out of Our City, Christians in Houston Demand. But Why?
Browse Our Archives
What Are Your Thoughts?leave a comment