Protesters Confronted Sen. Ted Cruz and His Wife in a Restaurant Until They Left September 25, 2018 Beth Stoneburner

Protesters Confronted Sen. Ted Cruz and His Wife in a Restaurant Until They Left

In what’s become a rite of passage of sorts for members of the Trump administration as well as their most powerful supporters, Texas Sen. Ted Cruz was forced out of a Washington restaurant after being swarmed by left-wing activists (CNN’s term, not mine) regarding his position toward Supreme Court nominee — and accused sexual assaulter — Brett Kavanaugh, whom Cruz endorsed back in July. Cruz hasn’t wavered on that support even after the allegations went public.

Cruz has been friends with creep Kavanaugh for 20 years. Now Cruz is on judiciary committee hearing his testimony.

In two videos posted to Twitter, a small group of activists can be seen confronting the Texas Republican and his wife, Heidi, as the couple makes their way to a table at Fiola, an Italian restaurant near the Capitol building.

The first video shows a woman who identities herself as a constituent of the Texas Republican and a survivor of sexual assault questioning him about his vote on the controversial nominee.

“I’d love to talk with you about Brett Kavanaugh tonight,” she says. “I’m a constituent. Love to know what your vote is going to be tonight. I know that you’re very close friends with Mr. Kavanaugh. And do you believe survivors, sir?“

As the protestors became more vigorous, Cruz and his wife finally gathered their belongings and left the restaurant, as people cheered, “We believe survivors!”

I can’t say I blame the people who confronted him. Cruz has a lot to answer for and Republicans have handled the allegations about as poorly as possible, dismissing Dr. Christine Blasey Ford‘s claims, refusing to call for an FBI investigation, and not even hearing from other potential victims who have come forward. If Cruz believes survivors, he has an awful way of showing it.

At the same time, these protest enforce the victim mentality that Republicans hype so much. There are people who watch these videos and come away with the belief that Cruz and his wife are the real victims.

However, considering the very real blow to women’s autonomy, LGBTQ rights, and church/state separation that would likely occur if Kavanaugh is confirmed to the Court, Cruz not being able to eat one dinner in peace is hardly an inconvenience. (For what it’s worth, his opponent, Democrat Beto O’Rourke said the protests were “not right” and that the “Cruz family should be treated with respect.”

What would you do if you saw Cruz in a restaurant: Confront him about his politics or let him eat in peace? 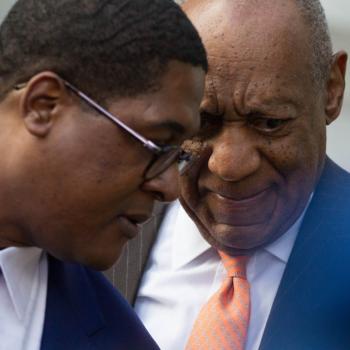 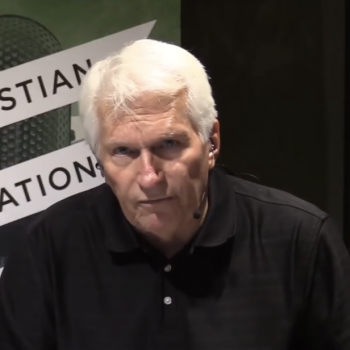 September 25, 2018 Bryan Fischer: The "Demons of Hell" Are Attacking Brett Kavanaugh
Browse Our Archives
What Are Your Thoughts?leave a comment