Pope Francis has finally admitted the obvious: The ongoing scandal involving priests sexually abusing children (or covering up for others) is causing people to flee the Catholic Church. 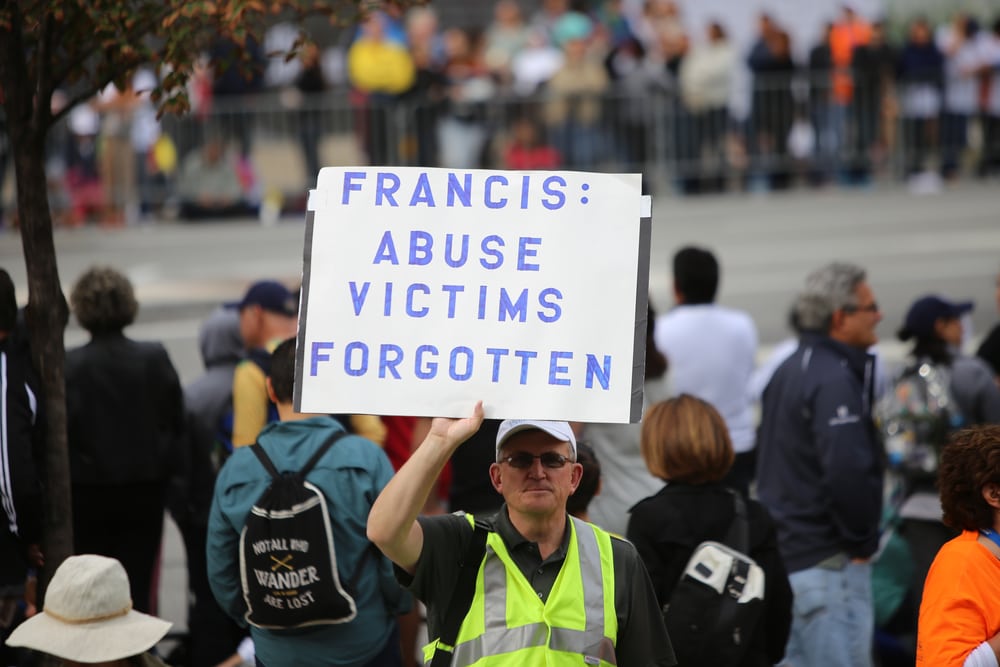 The P.R. Pope has been able to get a lot of good press for the Vatican over the last couple of years, but he hasn’t been able to contain the most damaging scandal of all. He now says the Church must change its ways if it wants to continue to have a seat at the table, according to the Associated Press.

Francis referred directly to the crisis convulsing his papacy on the fourth and final day of his Baltic pilgrimage, which coincided with the release of a devastating new report into decades of sex abuse and cover-ups in Germany.

Francis told young people in Estonia, considered one of the least religious countries in the world, that he knew many young people felt the church had nothing to offer them and simply doesn’t understand their problems today.

“They are outraged by sexual and economic scandals that do not meet with clear condemnation, by our unpreparedness to really appreciate the lives and sensibilities of the young, and simply by the passive role we assign them,” he told Catholic, Lutheran and Orthodox young people in the Kaarli Lutheran Church in the Estonian capital of Tallinn.

He said the Catholic Church wants to respond to those complaints transparently and honestly.

Surprisingly, it seems like the pope understands the issues fairly well. He knows why people are upset. If that’s the case, though, then why has it taken so long for the Church to take these allegations seriously? It’s important to acknowledge the importance of transparency and honesty, but did it really take people leaving the Church — and not thousands of tortured children — for the pope to get there?

“We ourselves need to be converted,” he said. “We have to realize that, in order to stand by your side, we need to change many situations that, in the end, put you off.”

It was a very public admission of the church’s failures in confronting sex abuse scandals, which have roared back to the headlines recently with revelations of abuses and cover-ups in the U.S., Chilean and now German churches.

We’ve said this before: For the Church to change its ways, people would have to stop calling themselves Catholics. They would have to take their money with them. They would refuse to get their kids baptized. Those things might make Church leaders reassess their problems. That’s exactly how it’s playing out.

If it means the Church will actually make real changes to address the abuse issue — suspending priests accused of assault, letting independent officials investigate the claims, etc. — that would be ideal. It’s just unfortunate those changes are coming this late in the process. They’re finally on the road to doing the right thing… just as they’re becoming irrelevant.