Atheists Did Not Prohibit a Michigan Community from Praying for a Sick Child September 25, 2018 Hemant Mehta

For months now, the Freedom From Religion Foundation has been sending letters to Lake City High School in Michigan regarding “family circles” on the football field. These circles are really just athletes and coaches and others coming together to pray. They also use the school’s loudspeaker system. So this is just a clear-cut endorsement of religion by the school. 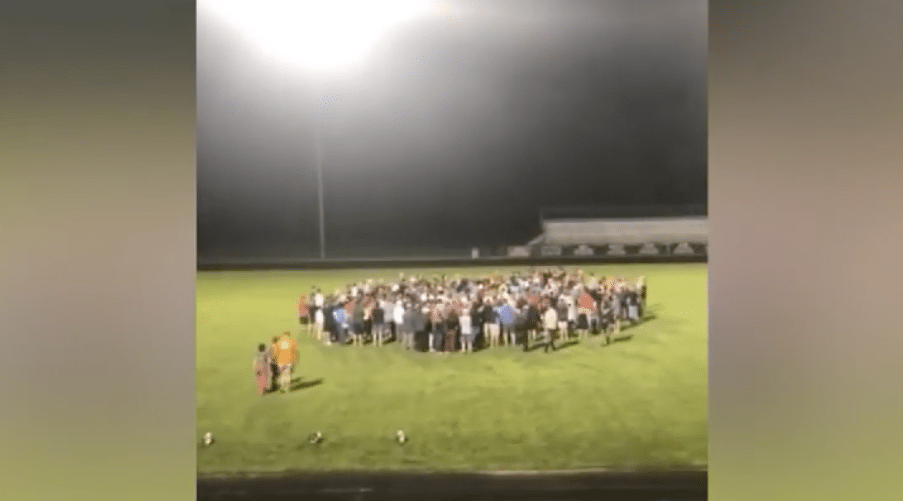 How do we know they’re endorsing Christianity? In August, they even posted a video of the prayers on the football team’s Facebook page. That’s when FFRF sent another letter to the District, this time urging administrators to take it down. No lawsuit was filed, but if it ever happened, all the warning letters would be evidence that FFRF tried to handle this politely but the school refused to cooperate.

The problem with the August letter is that the family circle’s focus was on Harper Smith, the sick four-year-old daughter of football coach Kyle Smith.

That means most of the articles about this story are variations on how atheists are attacking Christians for praying for a sick girl — or trying to stop them from praying for her altogether.

The atheists want the girl to suffer, they imply, which is neither true nor the point of the letters. But Christians like Todd Starnes have never let the facts get in the way of a good persecution narrative:

A video of the poignant moment was shared on a school Facebook page and soon after it triggered a severe microaggression among a gang of atheists, agnostics and freethinkers based in Wisconsin.

The FFRF was especially disturbed to learn that coaches had bowed their heads to pray for the sick little girl.

“Public school coaches must refrain not only from leading prayers themselves, but also from participating in students’ prayers,” McNamara wrote.

Note how McNamara’s comments are perfectly sensible — FFRF just wants everyone to follow the law — but Starnes, as usual, lies by saying FFRF is somehow attacking Christians.

The district eventually took down the video, but the administration made clear they wouldn’t have done it except their lawyers made them. (Because how dare a school have to obey the rules?)

… the school district begrudgingly removed the video on the advice of their legal counsel.

Great lesson for kids right there…

Starnes didn’t mess around with his slander against FFRF:

The school district is not the bad guy here, folks. They must follow the advice of their legal counsel. The bad guys are the folks who run the Freedom From Religion Foundation.

They single out small towns and communities knowing the locals don’t have the financial resources to fight back.

But to target a community for rallying around a sick little girl – I can’t fathom what kind of a cold-hearted soul would do something like that.

FFRF didn’t stop anyone from praying. They didn’t tell doctors not to take care of the girl. They didn’t threaten anybody. They didn’t send letters because this community doesn’t have money — nor were they trying to get any money out of them. And at no point did they target the community for praying for a little girl — remember, FFRF sent letters about these prayer circles before the girl ever got sick but the school refused to change its ways.

Everything Starnes is saying here is a lie. You would think a guy who pretends to love the Constitution would celebrate a group doing everything it can to defend it. 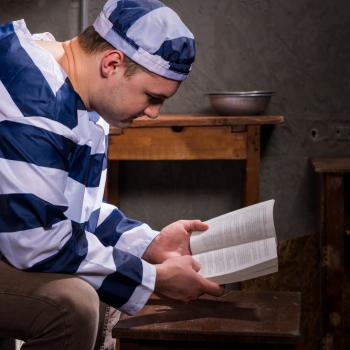 September 24, 2018
An Iowa Inmate Is Leading Discussions on Humanism and Personal Responsibility
Next Post