The last time we heard from Kenneth Mayle, the Satanist from Chicago had just lost an Appeals Court challenge to take “In God We Trust” off our money. He’s currently weighing an appeal to the Supreme Court on that matter. 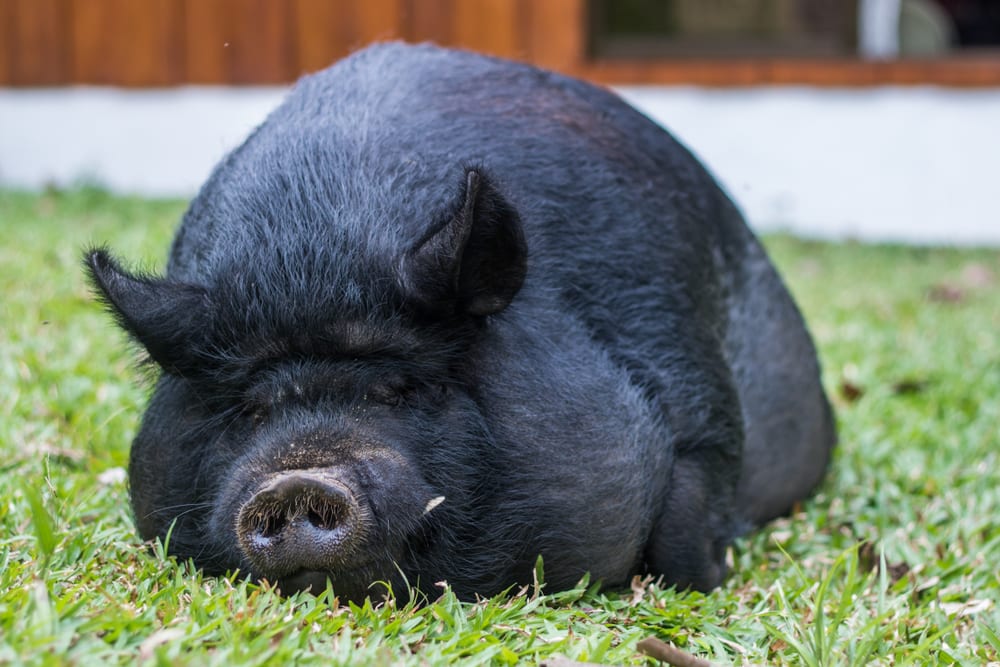 According to the first complaint, city officials want to inspect Mayle’s property to ensure it’s meeting all of the local requirements. That wouldn’t be a problem… except that Mayle says the officials missed their “appointed day and time” for the inspection, and he has since moved forward with turning his house into a sacred space. He now wants to make sure the officials don’t intrude on his property — or punish him for not being able to do so — because that might kill his Satanist mojo.

I kid you not.

The house has now been appropriately defiled for purposes of making it a sacred space where Plaintiff may practice his faith and conduct his rituals — alone, with Chief Wiggum, and with other people.

Plaintiff is opposed to permitting any City inspector on the premises. Any intrusion by the City on the property will defile Plaintiff s sacred space, interrupt the rituals and practices, and risk a leak of religious secrets the property contains and used. For example, an inspector may not know a “safe word” on the premise and run risk of non-consensual bodily harm within the walls of the building. The safe word is not for the ears of the inspector and everyone inside the walls of the house must know the “safe word” to ensure consent. Many other examples exist, however must remain secret to the peers of plaintiff.

… Does the City believe in telling a master mason they do not know how to build a stone staircase of sufficient quality for use by their own family?

Such an inspection would violate Plaintiff’s religious liberty guaranteed to him under the First and Fourteenth Amendments to the U.S. Constitution and the Constitution of the State of Illinois.

Mayle is essentially saying this home — his property — is a sacred space, and any intrusion upon it would violate his religious freedom, including his to perform “satanic lust rituals.” (Don’t hold your breath waiting for the Values Voter Summit crowd to defend this one.)

If you’re ever feeling sad, just remember that, somewhere, an intrepid reporter is Googling what kind of Sex Magick involves a Guinea Hog and “other people.”

That’s not Mayle’s only new lawsuit. On the same day he filed that one, he also filed one against the City of Chicago (and Cook County Animal Control and Attorney General Jeff Sessions and the Illinois Department of Natural Resources and the Chicago Park Districts) saying that everyone has discriminated against him in part because Chief Wiggum isn’t designated an Emotional Support Animal.

I kid you not.

Since adopting Chief Wiggum as a piglet[,] plaintiff has raised him to perform tasks of a service animal, provide emotional support, and has included him in his religious practices.

… Chief Wiggum provides Plaintiff massage therapy on his hands and other body areas helping reduce the effect including anxiety and depression.

The biking and display of Chief Wiggum other [sic] things to symbolize the coming of the black horseman of the apocalypse and the eternal battle between Horus and Set; both depict having Satanic rituals.

Plaintiff [has] repeatedly been denied the right to bring Chief Wiggum to places of public accommodation… The only reason that defendants treat a pig such as Chief Wiggum differently than other SAs and ESAs like “miniature” horses or cats or ferrets is because of the stigma that pigs are dirty or evil.

Specifically, Mayle says he was ridiculed off of a public beach even though Chicago allows dog owners a “discriminatory entitlement.” (While dogs can go in Lake Michigan on those beaches, Chief Wiggum cannot. “He is… not even allowed to be on the beach or designated bathing areas.”) Similar episodes occurred in Millennium Park (where “The Bean” is located) and Grant Park.

He says there’s no reason to kick the pig off the beach because the “presence of one pig in the water certainly does not change the water suitability for humans or dogs.” Mayle also tried to obtain a “dog-friendly area” tag for his animal… but because it’s not literally a dog, he couldn’t obtain the proper permit.

He’s also been kicked out of Six Flags Great America theme park because, while the park allows for emotional support animals, Boarphomet didn’t qualify under their terms. Ditto with Lyft and Uber and various stores and restaurants.

Mayle says Boarphomet is a “service animal under the [Americans with Disabilities Act],” meeting all the requirements. He should be treated, Mayle says, like a miniature horse. The Department of Justice, however, says “only dogs can be service animals.” That’s too restrictive for Mayle. And because he also has religious reasons for keeping the pig around, it would be burdensome to require him to get another animal for the purposes of the ADA.

When religious beliefs are given special privilege in the legal system — like when a Christian baker can refuse to service same-sex couples because doing so would violate his conscience — the courts can’t write someone off just because his beliefs are weird. The claims must be investigated on their merits provided Mayle has legal standing.

September 23, 2018
Roy Moore Wants Students to Pray Over the Loudspeakers Before Football Games
Next Post