Michele Bachmann: Thanks to Trump, We’re “Living in an Unparalleled Golden Time”

Did you know everything in the past two years has been absolutely amazing?

“Do you see what a golden day that we have been given?” Bachmann asked. “On every possible level, America is killing it. We are doing great in every possible metric, and I believe that’s because God’s people utilized the tool that he gave us.”

Sometimes, I wish I could be as delusional as she is so the news wouldn’t always be so damn depressing…

Trump isn’t pro-life. He’s ruining the lives of children who arrive with their asylum-seeking parents.

American isn’t killing it. American is in chaos because we’re under control by a party full of weak spines, religious extremism, and unchecked corruption.

The only justification for saying the day is “golden” is if Michele Bachmann looked at the Sun and got so blinded by it that she can no longer see what’s right in front of her eyes. 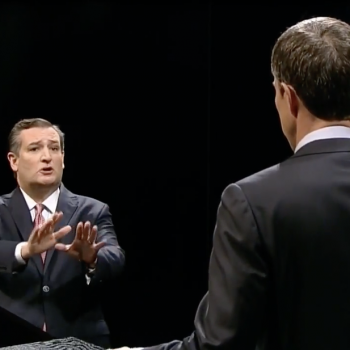 September 22, 2018
Ted Cruz: School Shootings Are the Result of "Removing God" from Public Life
Next Post

September 22, 2018 Pensacola (FL) Mayor Has Awful Reasons for Defending a Giant Christian Cross
Browse Our Archives
What Are Your Thoughts?leave a comment