A Scandal in France: Judges Order Shrink for Le Pen Over Her Anti-ISIS Tweets

[Warning: multiple links in this post are NSFW, as they lead to photos of extreme violence.]

What kinds of images of real-world violence should journalists and other people be allowed to show and share? Can it be defensible to show violence up-close, in order to drive home how awful it is and maybe spur people into action? If so, is this only good and right when our side does it, and suddenly reprehensible when the other side does the same?

It seems to me that descriptions of violence almost never hit as hard as images of it do. Words don’t communicate nearly as viscerally what blows, bombs, and bullets do to the human body. And so, during the height of the war in Afghanistan and Iraq, when more and more American soldiers came home in flag-draped coffins, I repeatedly argued, along with big swaths of the left, that U.S. media and the Pentagon should show fewer of those sanitized images, and more photos of actual casualties. I felt and feel the same way about U.S. drone bombings.

We know that sometimes, showing the effects of violence makes a difference. After 14-year-old Emmett Till was beaten to death by white racists in Mississippi in 1955, his family invited photographer David Jackson to take photos of Emmett’s brutally battered, unrecognizable face. Those images (at 0:56, 2:25, and 3:09 in this documentary) were soon widely published. They helped ordinary white Americans understand what black folks were up against in the twilight of Jim Crow.

As for wars, we were once decidedly less squeamish than today about viewing the results of the military adventures that our tax dollars paid for. With some exceptions, dead servicemen were rarely fit to be shown; however, other war photos made front pages around the world, and perhaps brought about the political will to extricate ourselves from our foreign battlefields.

The severity of other state violence, as well, arguably deserved to be captured and disseminated in photographs, from the 1928 electric-chair execution of Ruth Snyder to the treatment of prisoners tortured and humiliated by U.S. troops at Abu Ghraib in 2003-2004.

All of this leads me to Marine le Pen, who had the unmitigated gall to share the handiwork of ISIS executioners on her Twitter feed.

That is, the French far-right leader posted…

… three graphic images of Islamic State executions … on Twitter in 2015, including the beheading of American journalist James Foley. 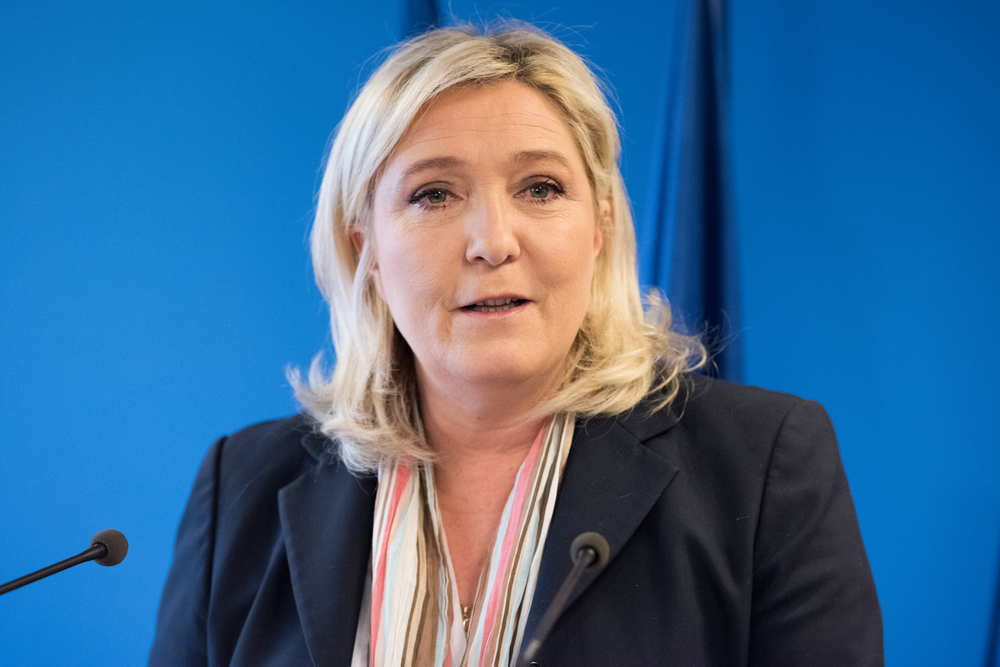 “Daesh is this!” Le Pen wrote in a caption, using an Arabic acronym for IS, in response to a TV journalist drawing a comparison between the [Islamist] extremists and the French far-right. Le Pen later deleted the picture of Foley after a request from his family, saying she had been unaware of his identity.

“I am being charged for having condemned the horrors of Daesh,” Le Pen told AFP.

Now, in the latest twist, a French court has ordered Le Pen to undergo a psychiatric evaluation, ostensibly to find out whether “she is capable of understanding remarks and answering questions.”

I’m far from a fan of Le Pen and her ilk, but this is ominous. The French state calling her basic faculties into question, and forcing the opposition leader to see a shrink, amounts to a smear job that is bound to enrage and strengthen the far right.

Besides, unlike the stunning dishonesty and deception practiced daily on Twitter by Donald Trump (including mendacious shitposts about Muslims), Le Pen’s ISIS tweets were without a doubt factual.

Were the images she tweeted contentious? Especially considering who shared them, of course they were.

Were they against Twitter rules? Possibly, though Twitter’s terms of service err on the side of giving users great leeway, with the company explaining that it runs “an open ecosystem with your rights in mind,” and reminding users that they “may be exposed to Content that might be offensive [and/or] harmful.”

Were the images illegal for Le Pen to post? That is now the central question. They most certainly wouldn’t be in the United States — and they shouldn’t be in a grown-up nation that purports to take citizens’ freedoms seriously (after all, liberté is the first word of France’s famous tripartite motto).

The charges against Le Pen stem from French prosecutors claiming to believe (hint: they don’t really) that her ISIS tweets endangered minors. That’s an awful stretch for three bloody photos, and I mean both awful and bloody in the two senses of those words. The French statute protecting minors pertains primarily to sexual crimes. If a French suspect is accused of sex acts with a minor, or of possession/distribution of child pornography, he or she is habitually commanded by a court to see a shrink before a trial can be scheduled.

This distinction is lost on Le Pen’s enemies, who claim that she isn’t being singled out because all suspects under the statute are made to undergo a psych eval. Technically, that’s true, but of course it misses the larger truth: that Le Pen did nothing to warrant being treated as the equivalent of a sex offender.

On that score, I’ll stand with her and say that while we avoid directly showing extreme cruelty and violence on this blog, we often write about it with a level of detail that leaves very little to the imagination — and we frequently link to articles that contain shocking images of the gruesomeness we described. Is that somehow unsound?

Is any reader of this blog against asking people to confront the reality, with or without pictures, of honor killings, female genital mutilation, and uppity women getting doused in acid? Is this awareness-raising only allowable, and sincere, if one embraces liberalism and progressiveness?

Follow-up question: If you believe the latter, do you actually step up and speak out about Islamist ideology, and about how deeply illiberal it is? If so, thank you. Too many of your denialist brethren don’t.

In thinking about this potential double standard, I’ve also wondered about critics of the United States’ gun culture who say that to get through to Americans inured to the carnage of mass shootings, we should see news footage of actual victims. That is, real corpses. Up close. If you are sympathetic to that view (defensible, in my opinion), you’d logically have to say that Marine le Pen did nothing wrong by tweeting the ISIS execution photos to get people to face the reality of jihadists’ sickeningly warped world view.

And yet, her non-crime is punishable by up to three years in prison and a fine of 75,000 euros ($91,000). You don’t have to like Le Pen one bit to conclude that, in this case, it’s the French judges who ought to have their heads examined. 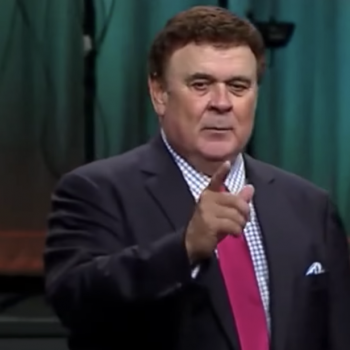 September 20, 2018
This Video Makes a Pastor Who Speaks in Tongues Look Even More Ridiculous
Next Post 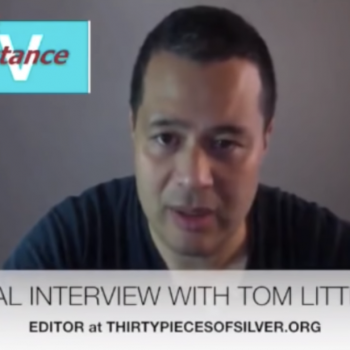