I doubt that the American Family Association’s Bryan Fischer was ever going to believe the assault allegations against Brett Kavanaugh, but he now says there ought to be a biblical standard of justice for her claims: Unless she can find multiple witnesses who saw the supposed crime occur, no one should believe a damn thing she says. 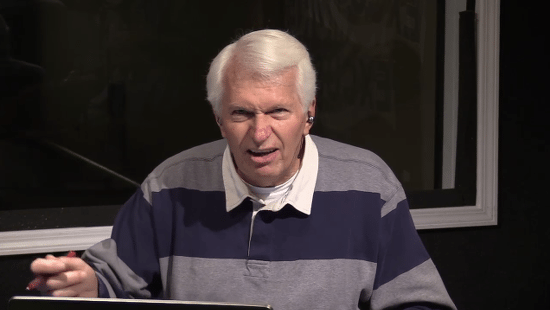 So what should be done? The Bible is very clear that no serious allegation should ever be accepted against someone on the basis of one lone allegation. “A single witness shall not suffice against a person for any crime or for any wrong in connection with any offense that he has committed. Only on the evidence of two witnesses or [of] three witnesses shall a charge be established” (Deuteronomy 19:15).

Lest you think this is just an outdated, archaic Old Testament standard, Jesus himself affirmed the same standard in Matthew 18:16: “Every charge (must) be established by the evidence of two or three witnesses.”

On this rock solid divine basis of justice, Ms. Ford’s case falls to the ground and shatters into little, tiny, inconsequential shards. This is no corroborating witness, not a single one. There is no corroborating evidence, not a bit. If this event even happened, the only two supposed witnesses both flatly deny that anything like this occurred.

See, ladies? This isn’t hard. Just make sure that whenever you go to a party or a man’s house on a date or anywhere at all, you bring along two or three of your closest lady-friends just in case a guy rapes you. Then, one day when that guy is nominated to the Supreme Court, your friends can subject themselves to further harassment by telling the country they were in the room watching the whole thing happen.

It would work perfectly… unless, of course, senators ask for video evidence. Or pictures. Or find some reason to discredit the victim or the witnesses. Or claim you’re all just colluding together. Or have a really strong incentive to ignore the allegations altogether in order to install a conservative justice on the highest court in the country for the rest of his life.

It is worthy of note that Ms. Ford is a registered Democrat who has donated to various and sundry Democratic recipients…

Oh no! Which “sundry” recipients did “Ms.” Ford give money to?! Turns out she gave less than $100, total, since 2013, mostly to the Democratic National Committee.

So we need 2-3 witnesses. But Ford herself doesn’t count since she gave some cash to Democrats several years ago. And Kavanaugh’s buddy Mark Judge (who said this week he has “no memory of this alleged incident,” not that he was there and it didn’t happen) isn’t going to testify, perhaps because there’s far more discrediting information attached to his résumé.

That leaves the suspect, Kavanaugh. Apparently, he’s the only person whose recollection matters. And if the suspected assaulter says it didn’t happen, that’s good enough for Bryan Fischer.

Really, police should just stop investigating murders and domestic abuse cases where one person hurts or kills someone else. If no one was there to watch, we can’t possibly know anything about what happened. (Meanwhile, Fischer is 100% certain he knows what happened to Jesus in the tomb, I assume because dozens of people watched him fly away and caught it all on camera.)

This isn’t just the warped misogynistic of one guy. Tim Wildmon, the president of the American Family Association, said in an email to supporters that Fischer’s suggestion was “great” and that he “couldn’t agree more.” And then he asked for money.

By the way, Fischer said all the same things about Roy Moore last year. Sure, there were five accusers who said Moore assaulted them when they were underage… but apparently unless Moore molested them all at the same time so they could watch each other get inappropriately groped until one day, when he ran for national office, they could all come forth and share their stories, we should’ve ignored everything they said.

This isn’t a suggestion for a standard of justice. This is Fischer’s advice to Christian men on how to rape people: Do it when the victim is alone. That way no one will ever believe her.

Mind you, one victim said Moore once drove her 16-year-old self to a dark, deserted area and tried to “force my head into his crotch.” But in Fischer’s mind, the child should’ve known to bring a few of her closest friends with her in the car.

Another point: The question here isn’t whether Kavanaugh should be locked away in prison. We’re not looking for evidence beyond a reasonable doubt in order to convict him. The question is whether he deserves the privilege of being on the Supreme Court where he will have the fate of millions of women in his hands. If you believe Ford’s testimony, then this is not a man whose judgment is sound — not when they were in high school, and not know, after he’s been lying even while under oath. There are a number of women who said Ford told them about what happened to her, in varying degrees of specificity, years ago, long before Kavanaugh was on the short list for SCOTUS nominees. Ford herself has been harassed ever since this story broke.

Fischer just doesn’t care. He’d rather see an accused rapist on the Supreme Court than a more moderate justice who won’t vote in lockstep with white evangelicals. 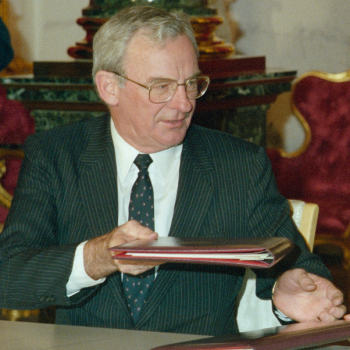 September 20, 2018
Atheist Politician Converts to Catholicism… After Having a Stroke at Age 85
Next Post 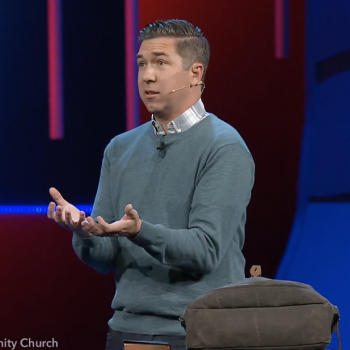