Atheist Politician Converts to Catholicism… After Having a Stroke at Age 85 September 20, 2018 David Gee

The media is having a field day with the story of a retired Australian politician who was an atheist until a few months ago when he converted to Catholicism… after suffering a stroke at the tender young age of 85. 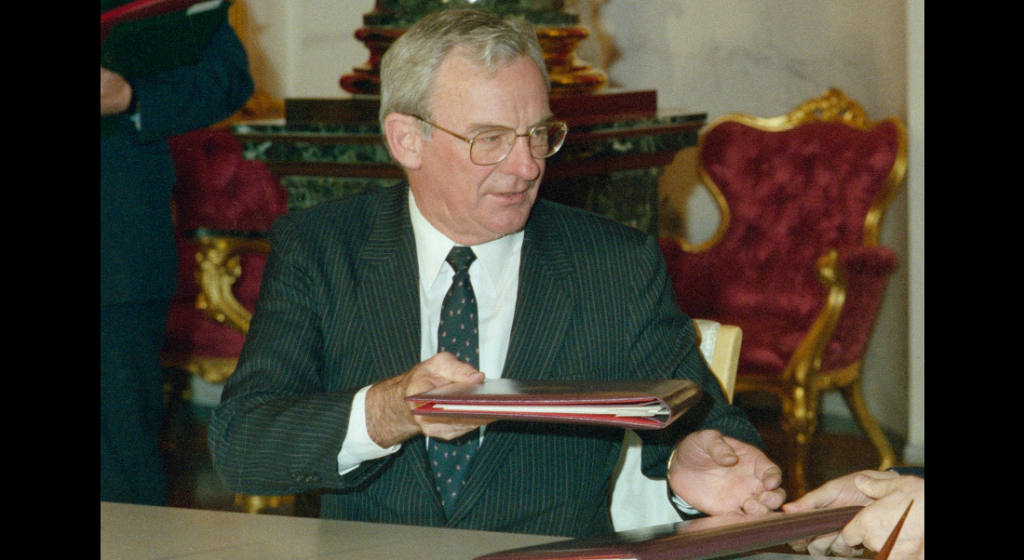 Unlike most “deathbed conversion” stories we’ve reported on in the past (see Christopher Hitchens, Stephen Hawking, etc), this one is real. It is real in the sense that a prominent atheist — a politician in this case — was nearing death when he suddenly decided he wanted to be Christian.

Bill Hayden grew up in a Catholic family and declared himself a Catholic on official forms in the past. But he later said he did it out of habit than belief.

As Governor-General from 1989-1996, he would’ve been the Chief Scout of Australia — akin to the U.S. president being honorary president of the Boy Scouts — however he declined the honor saying that, as an atheist, he couldn’t pledge loyalty to God.

That’s why the fact that he was recently baptized in the Catholic Church at age 85 is such a big deal.

Having spent most of his life as an atheist, former governor-general and Labor stalwart Bill Hayden says he has found God again at age 85.

Mr Hayden — a former opposition leader, republican and humanist — was baptised at St Mary’s Church in Ipswich, west of Brisbane, earlier this month.

The Queenslander was often cited as one of Australia’s most prominent atheists but had a change of heart several months ago, said Father Peter Dillon, the Catholic priest who baptised him.

“I think Bill’s been spending a lot of time in the service of people in government and in the general community, and he took a while to discover there’s a context for all of that,” he said.

“I think he’s been living a very Christian life. He’s got a name for what he’s been doing all along.”

That’s a stretch right there. There is a huge difference between doing good things and believing in Jesus Christ. There’s a difference between recognizing the power of community and believing, as Catholics do, than a consecrated communion wafer is the literal body of Christ. Yes, Hayden spent his life as a civil servant doing good things, but that was never enough. He couldn’t live a “Christian life” (and get a pass to Heaven) until he started believing in Jesus. So that’s what he did.

This is a fundamental flaw in the vast majority of Christian denominations, which see Heaven as something you get to through belief and not through mere actions. If it were enough to live “a Christian life” by simply treating people with love and respect, there would be a lot less controversy over religious matters in general.

It’s clear that Hayden didn’t start believing because he discovered evidence that Christianity is true.

He wasn’t convinced by the arguments of Christian apologists. He didn’t see some great sign from God.

He’s someone who grew older and suffered a stroke that disabled him… which isn’t necessarily the time in which humans do their best thinking.

Father Dillon said despite being wheelchair-bound and suffering health setbacks including a stroke and a recently broken shoulder, Mr Hayden wanted to do volunteer work with St Vincent de Paul.

“This is a man who is totally dedicated to the service of the community and now he’s doing that from a platform of the Christian faith,” Father Dillon said.

It doesn’t seem to me like Hayden has had a true change of faith. It’s more like he willingly accepted a change in labels. It’s also possible he did that out of fear as he comes to grips with his own mortality — but some Christians will take what they can get. (That doesn’t change the fact that any all-knowing “God” would see through his ruse.)

That’s not to say I’m calling him a liar. Hitchens and Hawking didn’t convert on their deathbeds and anyone who says otherwise is lying. We can accept that Hayden now says he’s Catholic, however he wants to define it. But before other Christians use him as a weapon against atheists (a la Antony Flew), it’s worth asking what those beliefs entail. Does he accept the miracles and superstitions and irrational views of the faith? Or does he just feel more comfortable with the word?

(Image via Wikipedia, by Department of Foreign Affairs and Trade website — www.dfat.gov.au, CC BY 3.0 au, https://commons.wikimedia.org/w/index.php?curid=28270587) 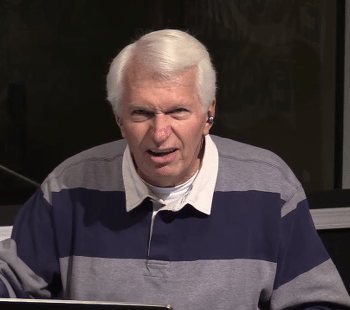