A PA Superintendent is Being Accused, With No Evidence, of Anti-Christian Bias September 18, 2018 Hemant Mehta

A PA Superintendent is Being Accused, With No Evidence, of Anti-Christian Bias

With no evidence whatsoever, religious conservatives are gunning after a superintendent’s job on the baseless belief that she’s out to punished people who happen to be vocal Christians. 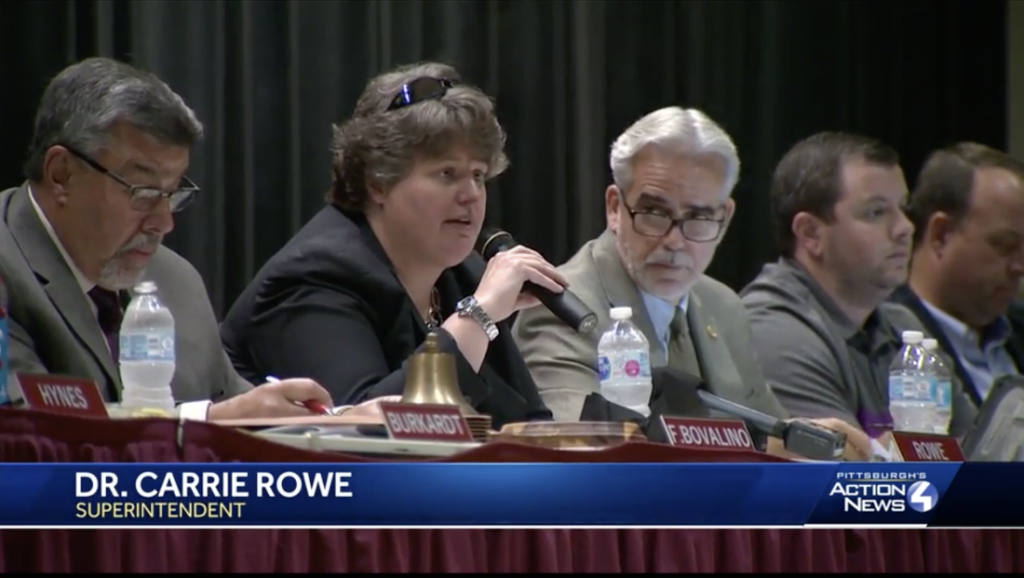 All of this is happening in the Beaver Area School District in Pennsylvania, and let’s look at the three cases conservatives are pointing to as proof of Superintendent Carrie Rowe:

1) In 2017, a graduating student named Moriah Bridges was tapped to give a speech at graduation. When Rowe and other administrators realized her draft (which she had to submit beforehand) was essentially a Christian prayer, they told her she needed to change it. That was the right move. As Rowe said later, when the District views speeches in advance, “the District assumes responsibility for the content.” Allowing the prayer, even if spoken by a student, would’ve put the District in legal jeopardy. So Rowe did the responsible thing.

That’s not persecution. That’s the law.

2) Soccer coach Shannon Essick left the District last year saying she felt “targeted and forced out” in large part due to her Christian beliefs.

The District had a different version of the story:

The district had received complaints from some parents alleging Essick was giving preferential treatment to [Christian club Beaver Valley Young Life] members, and that the woman had regaled players with tales of her misspent youth and encouraged them to share their stories.

I don’t know if all that’s accurate, but those would be valid complaints. If administrators warned Essick about her behavior, perhaps she felt she was being criticized for her faith when that wasn’t the case at all.

3) Last month, just before the start of the school year, Superintendent Rowe placed Beaver Area High School Principal Steve Wellendorf on paid administrative leave. Why? The District won’t say since it’s a personnel matter. That’s left a lot of room for rampant speculation and many believe he was also suspended for his faith.

Making the conspiracy seem even more solid is the fact that Bridges was a member of Beaver Valley Young Life, Essick was the BVYL area ministry director, and Wellendorf served on the group’s advisory committee.

The activists make it sound like Rowe is systematically picking off the most vocal Christians in the District.

Last week, Christian activist Luke Berardelli began organizing a rally on behalf of Wellendorf. It was scheduled to take place during a school board meeting last night.

… he said he intends on asking the school board not to renew Superintendent Carrie Rowe’s contract, and he is also recruiting people to run for seats on the school board in next year’s election.

The reason for the rally is simple, he said. There is a “toxic culture” present in the school district, and Berardelli alleged that Rowe has targeted people who are involved in a Christian group called Young Life.

To further his point, Berardelli said that 85 percent of residents in the Beaver Area School District identify as Christian, and he’s talked to a large number of people who think and feel like he does.

You can see the problem already. Conservative Christians (who make up a majority of the population, even though that’s completely irrelevant to the law) think they’re being persecuted when everyone else is just playing by the rules. (Update: In Beaver County, ironically, the population is 48% “None”… contrary to the idea that 85% of residents are Christian.) The “toxic culture” doesn’t exist. If anything, Rowe has gone out of her way to make sure students who don’t fit the Christian mold, especially LGBTQ students, feel welcome and loved.

That, to the Christian conspiracy theorists, just confirmed their suspicions.

Rowe said she was made aware that a group was planning to protest her employment at the district because she was “allegedly firing Christians to push a homosexual agenda.” She made clear her only agenda is to provide a safe environment for all students, including those who identify as part of the LGBTQ community.

Rowe came out as gay at last night’s meeting — something she didn’t have to do and shouldn’t have to do, but something she also felt she didn’t need to hide either. Berardelli didn’t ultimately ask for the school board to fire her. He did, however, ask for Wellendorf to be reinstated, something the board wouldn’t do because they have reasons for suspending him even if they can’t go into detail publicly.

The good news is that there were plenty of counter-protesters there to support Rowe:

A contingent of about 20 students holding signs reading things like “Textbooks not Bibles” and “Keep church + state separate” stood under the front entry of the school. Senior Zoltan Nemeth said they were there to show support for the superintendent.

“She tries to make (school) a comfortable environment for everyone,” added Dominick Reagan, also a senior at the high school.

Reagan said the group asking for Rowe’s removal from the district is wrong and “what they represent doesn’t represent the student body.”

It’s almost like the people who know Rowe the best understand what she’s doing while the Christians who no longer go there assume they know the truth better than everyone. (Shocking, I know.)

Rowe insisted she harbors no resentment for Christians and just wanted to do her job.

Dr. Rowe spoke for several minutes, wrapping up her speech with a message to students: “I tell you, no matter who you are, who you love, where you worship, if you worship, what your racial background is, what your disability status is, you have a safe space here. I will make no room for hate.”

That the sort of attitude you want in a superintendent. Her personal beliefs and sexual orientation ought to be irrelevant. Her goal should be doing what’s best for all students and teachers, and there’s literally no reason to think otherwise, unless your identity is predicated upon thinking the world is out to get you. Kudos to her for dealing with all these nasty Christians spreading lies about her all while trying to do her job to the best of her ability.

(Update: A resident tells me that when her remarks were over, there was “rowdy cheering and applause” along with a standing ovation from many people in the audience. The resident added that “some attendees at the meeting explicitly called for an examination of the Young Life organization in the district and for the creation of a Gay-Straight Student Alliance.”)

(Screenshot via WTAE. Thanks to Brian for the link) 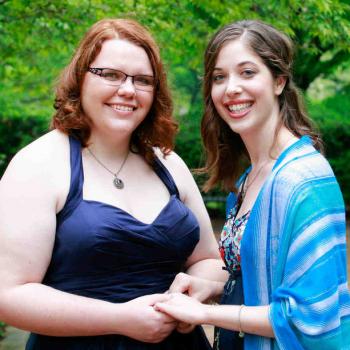 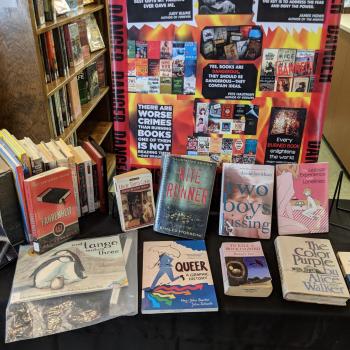