I’m not surprised that Republicans are slow to condemn Brett Kavanaugh in light of his alleged sexual abuse from high school. Already, we’ve seen them minimizing what he did by saying it happened so long ago, it doesn’t reflect on the man he is today. But Mississippi Republican Senate nominee Chris McDaniel took a completely different approach, claiming the victim just made everything up.

It’s not just her either, he suggested to American Family Radio host Bryan Fischer:

We have a system where Judge Kavanaugh is obviously well-suited for, and they’re gonna drag something up, at least, even theoretically, allegedly, from all those years ago. And all of a sudden, that disqualifies this man? All of a sudden, he’s a terrible human being? No, not a chance. You know, I don’t — I don’t fall for it anymore. I hope the American people aren’t falling for it.

These allegations, 99 percent of the time, are just absolutely fabricated.

McDaniel isn’t just saying the Kavanaugh victim is a liar. He’s suggesting that damn near every woman who’s come forward with stories about being abused are just flat-out lying. Apparently, it’s just a big old game for them to have their names and reputations dragged through the mud while dealing with constant online harassment.

If McDaniel doesn’t take sexual abuse victims seriously — ever — why would the women in Mississippi think he’ll give a damn about any of their concerns?

You know, it wouldn’t be hard for a Republican to say, “The allegations are disturbing, and I believe they should be thoroughly investigated. What he supposedly did to her wasn’t okay then, and if the allegations are credible, he shouldn’t be rewarded now with a lifetime appointment to the Supreme Court.”

Instead, McDaniel decided to call the woman a liar. That was his reflexive response. Tells you a lot about his mindset, doesn’t it?

Let’s hope voters remember in November when they’re picking a candidate in a special election. If Democrat Mike Espy ends up in a runoff against him, this would make for a great campaign ad to highlight just how little appreciation McDaniel has for women who share something so personal and traumatizing. 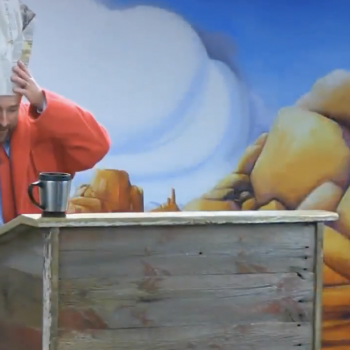 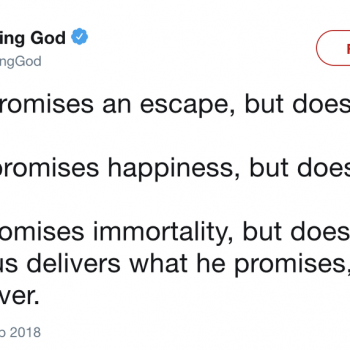 September 17, 2018 Jesus Isn't a Replacement for Other Necessities or Desires in Life
Browse Our Archives
What Are Your Thoughts?leave a comment