Remember Paige Patterson? He’s the former Southern Baptist Convention leader who, years ago, offered “advice” to women trapped in abusive marriages, telling them to stay and pray. In a separate sermon, he also made creepy sexual remarks about an underage girl. Both of those comments reemerged earlier this year, and there was a national outcry over why someone like this would ever be considered a religious leader, much less one in charge of students as the president of Southwestern Baptist Theological Seminary. Then we learned he once told an alleged rape victim to not talk to the police and (wait for it) forgive the rapist.

He was eventually fired from the seminary, but with a generous severance package at first, which was later rescinded to the disappointment of many wealthy donors.

It was all just a clear-cut example of a religious man getting away with absolutely awful behavior and rhetoric — even though his behavior wasn’t in any real doubt — and followers defending him every step of the way.

So naturally, he’s back in the pulpit.

In a pair of sermons delivered this week during a revival in Alabama, Patterson was preaching like the past several months had never happened… and his words was no less careful. As reported by Jonathan Merritt for the Washington Post, Patterson body-shamed one woman while condemning others who make false accusations against men… as if that sort of thing happens all the time.

In his first of two sermons, Patterson told a story of evangelizing a former church member’s mother whom he wanted to meet after being told she “could whip” him. Upon visiting her for the first time, his parishioner’s mother didn’t knock him out but, according to Patterson, “she filled the door.” After being invited into her home, Patterson said he was finally able to persuade the woman to convert to Christianity, and when she came to his church for baptism, he joked, they had to “fill the baptistery half full.”

The crowd erupted in laughter.

“She was not just fat. I mean to tell you what: I think she pumped iron probably an hour or so a day,” he said of the woman. “She literally could have played guard for the Green Bay Packers.”

Oh look, the man who couldn’t stop talking about an underage girl’s hotness is now joking about another woman’s weight. Because if there’s one thing Paige Patterson is an expert in, it’s fitness.

In his second sermon, the next day, he called out lying women.

“I’m all in favor of the #MeToo movement when there is a guilty party,” Patterson said, adding that men who abuse women are cowardly. But then he added, “By the same token, I have nothing good to say about a woman who falsely accuses a man. She runs the risk of ruining a life. She runs the risk of causing sorrow unknown when the person is, in fact, innocent.”

He’s not wrong to condemn women who lie about something so serious… except that he makes it sound like it’s a routine occurrence. As Merritt notes, “the prevalence of false accusations of sexual assault is as low as 2 percent.”

Whatever the actual number is, Patterson suggests it’s frequent. No wonder he’d tell women who make such accusations to keep quiet about them. Why believe the women, ever, when he assumes allegations against certain men (whom he respects) are inherently false? It’s the same mindset that led 65 women this week to write a letter defending Supreme Court nominee Brett Kavanaugh against an allegation of sexual assault — he’s always respected them so how could he possibly be bad in another situation? (It makes as much sense as saying he would never take away women’s rights because he drives a carpool.)

The concern with Patterson isn’t that he said more idiotic things. A Southern Baptist preacher saying something cringe-worthy isn’t news. It’s that Patterson has learned absolutely nothing since first getting punished for the way he talks and thinks and acts. This entire saga has been a story of abuse survivors, yet he thinks he’s the real victim in all of this. 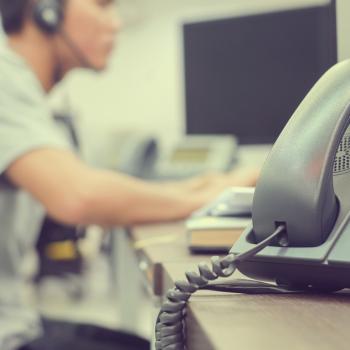