A Young Earth Creationist who says he was called by God to “teach from the Biblical creation perspective” is part of a team in charge of reviewing Arizona’s science standards for teaching evolution. To the surprise of absolutely no one, it’s not going well. 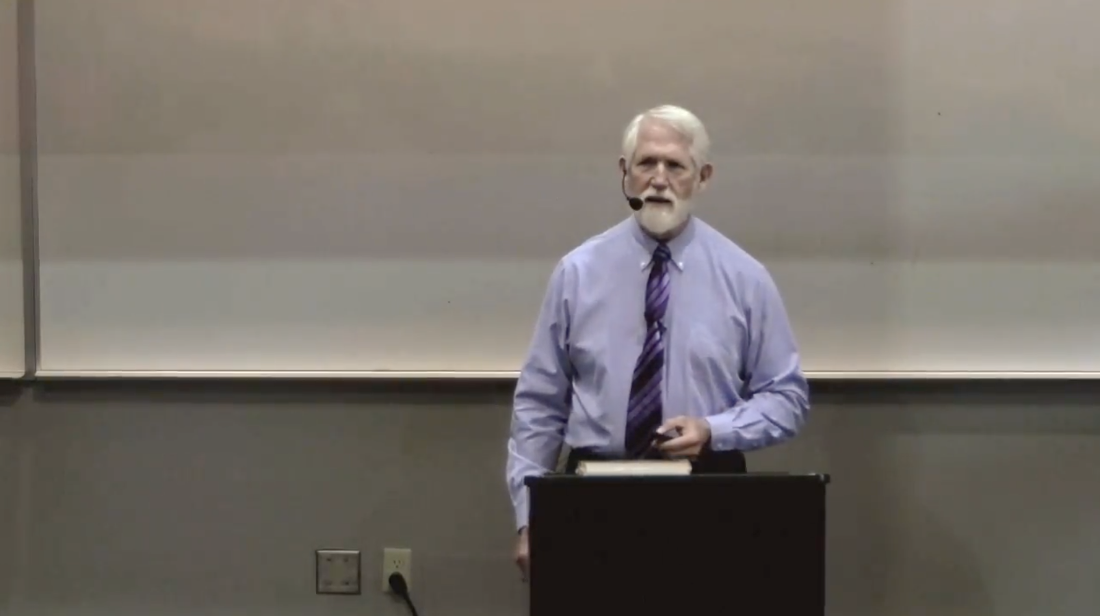 Joseph Kezele, the president of the Arizona Origin Science Association, was appointed by State Superintendent Diane Douglass to serve on the committee last month. They are working to revise curriculum for science — and things were already dire when we first reported on the science standards back in May.

Now it has been confirmed by the Phoenix New Times that Kezele, who makes Creationist videos and teaches biology at a Christian school in Phoenix, is part of a small group who review and amends the new standards.

Douglas appointed him to an eight-member special working group at the Arizona Department of Education that completed a final review of the draft evolution teaching standards on August 30.

Kezele teaches biology at Arizona Christian University in Phoenix. He advocates teaching his version of “established, real science” in classrooms.

Evolution, he said, is a false explanation for life and should be taught so that students “can defend against it, if they want to.”

You can’t teach “established, real science” in classrooms while pretending evolution doesn’t fall under that umbrella. The evidence supporting evolution is substantial. Scientists may debate some of the details, but there’s no serious controversy involving the broad strokes of natural selection. The question is why someone who denies science should be able to have a say in what public school students are taught in science classes.

It’s not like Kezele can even claim expertise in the area. He earned a B.A. degree in Russian before graduating from medical school. Those aren’t the credentials of an evolutionary biologist much less a researcher with any credibility in the field. (Makes you wonder how he got a job teaching biology now.)

And whether he realizes it or not, students are more than welcome to argue against scientific theories in just about every school district. If they don’t have the evidence to back it up — which they don’t — they won’t go very far.

Kezele may claim to respect the separation of church and state, but his motives are transparent.

“I’m not saying to put the Bible into the classroom, although the real science will confirm the Bible,” Kezele told Phoenix New Times in an interview on Wednesday. “Students can draw their own conclusions when they see what the real science actually shows.”

He argued that scientific evidence supports his creationist ideas, including the claims that the Earth is only 6,000 years old and that dinosaurs were on board Noah’s Ark.

If this is Kezele’s version of “real science,” educators should want no part of it.

There’s no doubt that Kezele is conflicted. According to his own bio:

Having heard the clear call of God on his life to teach from the Biblical creation perspective, Joseph has been active in researching and speaking since 1993. In 2005 he began teaching annually at the Arizona Origin Science Association.  Joseph is also a founding staff member of Creation Training Initiative.

Simply put, no amount of evidence will ever convince Kezele he’s wrong about Creation because his beliefs have nothing to do with evidence. That’s not how science works and why he has no business overseeing curriculum for kids in Arizona.

The Arizona Department of Education said Kezele was selected because he was a biology professor. An ADE spokesperson, Stefan Swiat, said the committee was “completely unaware that Dr. Kezele was a creationist” when they selected him. Which suggests the entire committee is in need of learning how to do basic research. 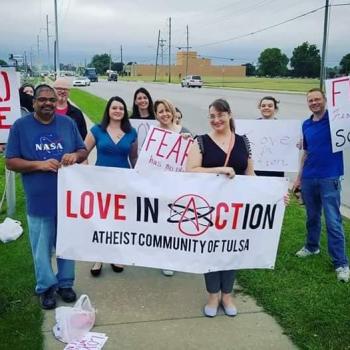 September 14, 2018
After Anti-Abortion Protest Outside High School, Atheists Respond With Love
Next Post

September 14, 2018 Michigan Doctor Now Accused of Mutilating Genitalia of More Than 100 Young Girls
Browse Our Archives
What Are Your Thoughts?leave a comment