Check out the shirt this eight-year-old girl is wearing and see if you can figure out why her school said she broke the dress code: 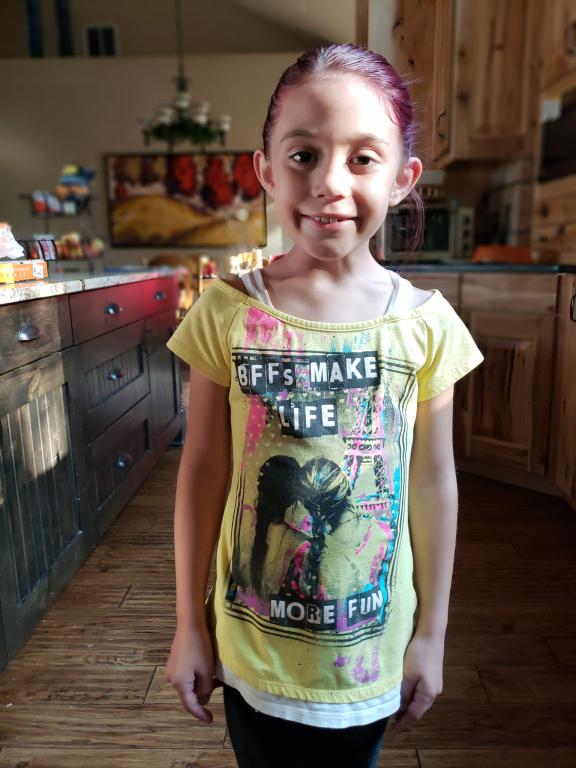 The correct answer is… huh?

There’s absolutely nothing wrong with what she’s wearing. But officials at Valley Elementary School in Ogden, Utah told Jada Kelson to cover herself up with a jacket because the balls of her shoulders were exposed when she was walking. (Seriously.)

The good news is that after the girl’s father voiced his concerns to the principal, the school changed its dress code, temporarily, to focus on students whose clothing was “disruptive.” The bad news is that other schools in the Weber School District still have the same dress code, which the American Humanist Association says is lifted right out of Mormon literature.

The dress code provision applied to the young female student “is based on generalizations about boys’ inability to control their sexual impulses, reinforcing the harmful message to female students that they are at fault for experiencing sexual harassment based on certain clothing choices,” wrote Monica Miller, senior counsel for the American Humanist Association. Discriminatory dress code provisions also deprive female students of equal access to education, as they’re forced to miss valuable class time to find a jacket or sit in an administrative office.

The American Humanist Association’s letter warned the district that the dress code provision also flouts the constitutional mandate of church-state separation. “We would also be naïve to overlook the strong influence of The Church of Jesus Christ of Latter-day Saints on the district’s dress code policies. We are aware of The Church of Jesus Christ of Latter-day Saints’ dress code for youth in a pamphlet called ‘For the Strength of Youth,’ the obvious source for the Weber High dress code provision,” Miller wrote. The pamphlet states: “Immodest clothing is any clothing that is tight, sheer, or revealing in any other manner. Young women should avoid short shorts and short skirts, shirts that do not cover the stomach, and clothing that does not cover the shoulders or is low-cut in the front or the back.” Indisputably similar language is prominent in the school district’s dress code provisions.

In a letter to the District, Miller makes a few demands:

In light of the above, we seek the following written assurances from the School District: (1) all dress code policies will be considered and adopted based on gender neutral criteria and free from any religious influence; (2) the School District will repeal any school dress code provision stating that “sleeves must cover the ball of the shoulder” (or language to that effect); (3) tank tops and similar garments will be permitted; (4) parents of elementary or junior high school students will be notified of any alleged dress code violation before any action is taken by school officials.

All of those requests are perfectly sensible. There’s no reason elementary school officials should be shoulder-shaming a child for the crime of wearing a perfectly fine shirt celebrating the joy of best friends.

September 11, 2018
Christian “Prophetess” Orders Hurricane Florence to "Not Do Destructive Things"
Next Post 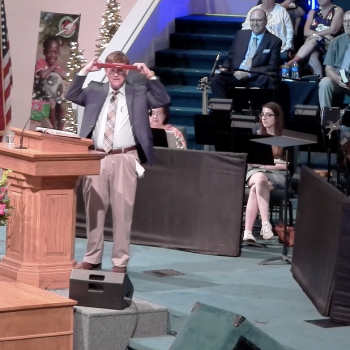