It seems clear the Bossier Parish Schools in Louisiana have no sensible people on the school board, in the administration, or working as attorneys. They just made two huge decisions that will inevitably hurt the students and taxpayers.

The first involves a federal lawsuit against them, filed this past February, in which Americans United for Separation of Church and State documented a litany of constitutional violations including school events held at churches, prayers led by pastors in students’ locker rooms before football games, post-game prayers led by coaches, choir performances that included almost exclusively Christian worship music, classroom proselytizing, religious displays in classrooms and administrators’ offices, and the promotion of Creationism in the classroom.

There was hope that the two sides could settled their differences out of court — perhaps with the school just promising to put a stop to the proselytizing — but that’s not happening. Yesterday, the Bossier Parish School Board voted against settling the case and letting it move forward in court.

If and when they lose, it’s going to mean a huge payout to AU courtesy of local taxpayers.

“The school district is going to spend more and more and more taxpayer dollars trying to defend something that can’t be defended,” said legal director Richard Katskee. “They’re going to draw it out, and that will cost the people of Bossier more money.”

The school board must think there’s a way for them to win this case, but I’m not seeing it. One violation would be a problem. Several violations, all endorsing Christianity, is a clear sign that the Bossier Parish Schools don’t give a damn about the law — or their non-Christian students. It’s going to be a disaster for them.

The other decision involved a Christian advertisement that was permitted on the football field. Billy Weatherall paid $3,500 for Benton High School to have the logo for his business, Christ Fit Gym, on the field all season long. It also included a reference to a Bible verse. Parish officials had the sign removed, but not before Weatherall threatened a lawsuit of his own. 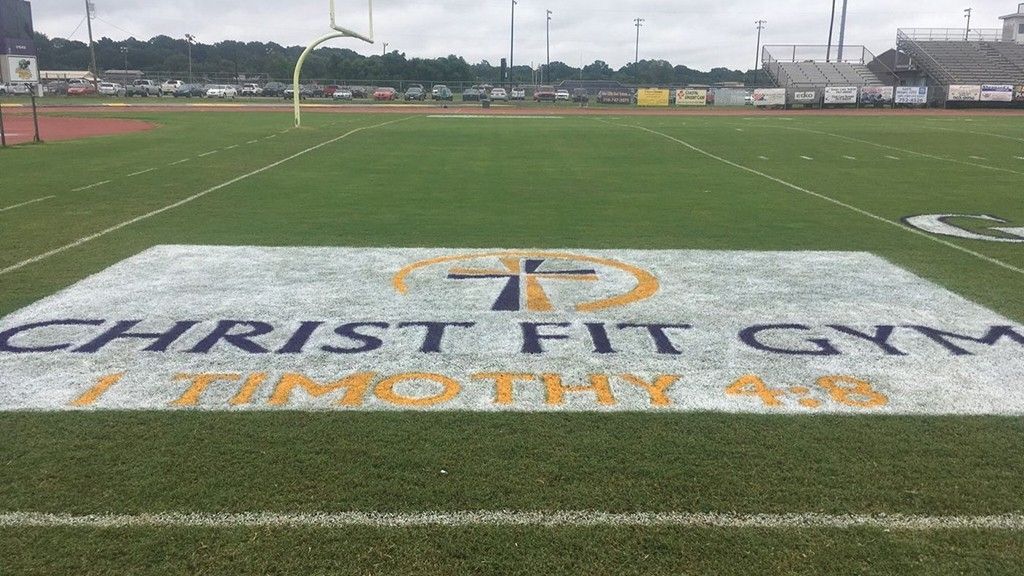 And yesterday, the School Board caved yet again. (Unanimously.)

… the school board also voted to re-paint advertisements for a Christian fitness center on the Benton High School football field.

There’s no lawsuit against that advertisement yet, but there could be soon, whether from another organization or AU (which might add this example to their current case). This is obviously Christian propaganda advertised during school events. That means it should also be possible for another group — hello, Satanists? — to request their own logos on the field for the same price. (If not now, then next season.) Is this really the battle the District wants to fight right now?

When all is said and done, there shouldn’t be any way for the Bossier Parish Schools to get away with this. There’s no legal loophole that should allow all the things they’re doing. And that means they will eventually have less money to use toward education. It’s a huge mistake and they are clearly getting bad advice all over the place. 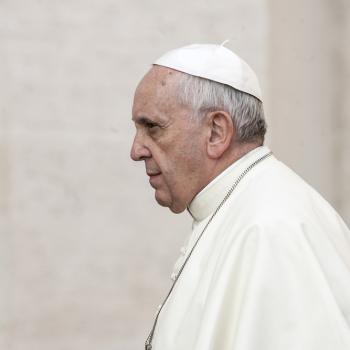 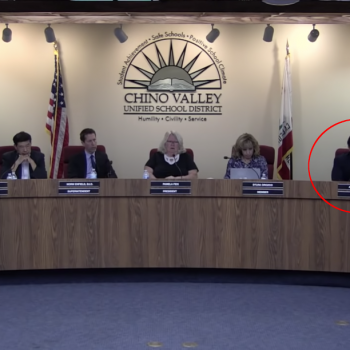