Baptist Preacher Denounces Vaccines Because He Has No Clue How They Work September 12, 2018 Hemant Mehta

Pastor Jonathan Shelley of Pure Words Baptist Church in Houston, Texas is one of those independent fundamentalist Baptist preachers who’s always reliable when it comes to saying something mindblowingly idiotic. His latest sermon? Why vaccinations can’t be trusted.

At one point in the sermon, around the 19:40 mark, he began reading off one website’s list of ten reasons to get a vaccination… all of which he attempted to rebut because there’s no way science could be so accurate about anything.

He failed, obviously, but listen to some of his reasoning. Listen to how little he understands about vaccines while still presenting himself as an authority figure on the topic. That’s how these people operate. Every sermon is a variation on “Fucking magnets, how do they work?”

They say, why you should get a vaccine? Because all these diseases I read for you, that you never heard anybody get, that you’ve never seen, that nobody’s dying from, they supposedly haven’t gone away, okay? So… they’re still in existence somewhere out there. It’s basically the bogey-man effect, okay? There’s somebody has measles out there somewhere. We don’t know anybody that has it. We haven’t seen ’em, okay? You don’t know ’em. But they’re out there somewhere. So you still need to get that vaccine. Alright?

… The best reason to get a vaccination is the fact that some of these diseases are somewhere?!

Shelley argues it’s silly to get vaccines because he doesn’t know of anyone who has the diseases in question.

There’s a simple reason for that. Vaccines mostly eradicated them. But some of those diseases really are coming back and it’s not hard to find examples of measles or polio outbreaks. (Seriously, it just takes a quick Google search.)

For someone who believes in God for no good reason, you would think he’d be more susceptible to accepting things even when they’re not right in front of him…

“#2. Vaccines will help keep you healthy.”

What?! How in the — how could you ever prove that getting stabbed with a disease is gonna help you stay healthy? They admit that if you’re not healthy, if you have a child that having sickness or illness or does not have a strong immune system, do not give them a vaccination. They are very likely to die and develop serious illness and disease because they actually severely injure the child temporarily. I mean, they’re causing fever and headache. They will say that!… I thought being healthy was eating healthy food, was getting exercise, was, you know, doing things that are healthy for your body, not injecting poison in your body.

Vaccines can’t possibly keep you healthy because sick kids aren’t supposed to take them and it doesn’t look healthy. This is just plain stupid. We know why sick children shouldn’t be vaccinated. The clinical trials weren’t done on sick people, and if your body’s immune system is already compromised, it may not be able to effectively recognize and defeat the pathogen. As for the idea of “getting stabbed with a disease” not seeming healthy, our body does a lot of healthy things we don’t see with our eyes, but those who study it understand what’s happening. Researchers know how vaccines work just like they know how drugs work — it may all be invisible to our eyes, but it’s not hard to make sense of the impact they’re having on our insides.

I’m not going through all 10 items. My head already hurts. The point is that this guy doesn’t have the slightest clue what he’s talking about. But instead of doing research and instead of asking a professional, he just preaches nonsense. Dangerous nonsense. He’s telling his congregation to avoid vaccines because he’s too lazy to read a credible source explaining how they work.

No one should take this person seriously. But because he acts like a man of God, there are far too many people who do. 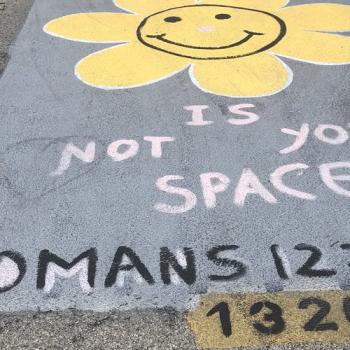 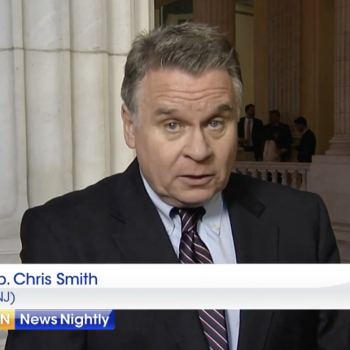 September 13, 2018 GOP Congressman: Kids Are Better Off in Orphanages Than Adopted By Gay Parents
Browse Our Archives
What Are Your Thoughts?leave a comment