A fundamentalist Christian college has dismissed a student for being gay. Not for engaging in “same-sex romantic or sexual relationships,” mind you, as the student handbook prohibits.

Clarks Summit University in Pennsylvania just kicked him out for being gay… which is odd, considering how most Christian schools (even the more conservative ones) only frown on the action part these days. Struggling with the sin, as they put it, is different from acting on it.

But not in this case. 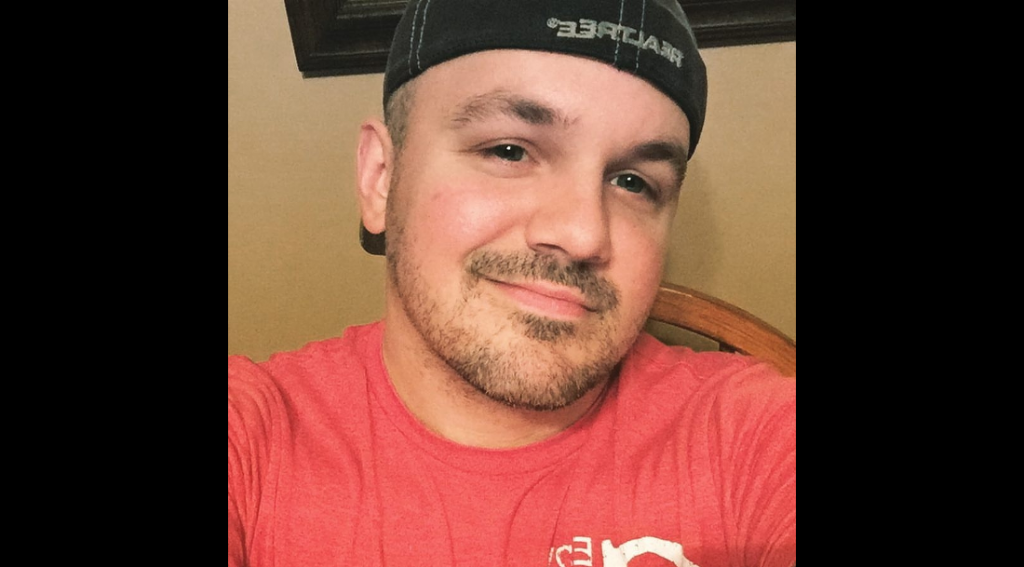 As The Citizens’ Voice explained it, Gary Campbell was all set to take classes at the Christian school this fall. He had previously earned 109 credits there (from 2001-2003), taken a long detour in life, and hoped to earn the last 6 credits he needed to complete his bachelor’s degree — as well as a job in which he would work with recovering addicts. (Campbell struggled with alcoholism while in the Navy but he’s now 19 months sober.)

His family even loaned him $700 to help cover his tuition costs.

But none of that mattered to the school, which found out (somehow) that Campbell is gay. With that revelation, the school didn’t want him there:

In late August, school officials contacted him after learning he was gay and told him he was no longer welcome as a student. In an email to Theodore Boykin, associate dean of students, Campbell asked the school to reconsider.

“One of my top goals being in recovery was to finish my bachelor’s degree. Having a degree is much more to me than a certificate, it’s a culmination of hard work, sweat and tears, and I owe it to myself and to my recovery to accomplish this goal,” he wrote.

“I ask that you not view me only as a homosexual, but as a determined, compassionate, hard-working man who is of good moral character. My goal again is to assist my community and help those who are struggling in the grip of addiction.”

The university denied his request.

Campbell said he feels betrayed — and he should feel that way! Unless he isn’t telling the whole truth, or the school has information the public doesn’t know about, Gary wasn’t involved in a same-sex relationship. Christians who typically oppose LGBTQ rights tend to view being gay the same way they view a struggle with alcohol — it’s not the temptation that’s the problem; it’s giving in to it. Even according to that logic — which I disagree with, but still — Campbell didn’t do anything wrong.

Campbell even implied that letting him finish his education was the compassionate thing to do, given that only about half of his credits would transfer to other schools. That argument didn’t work either.

“All I’m asking is for the school to make an exception,” Campbell said. “It’s for an online class. They weren’t even going to see me.”

As far as the university is concerned, Campbell could theoretically serve as some kind of model for restraint by choosing to live celibate (at least while he’s a student there), but that doesn’t appear to be an option for them. He’s gay. End of story.

You might think a lawsuit is in order, but religious schools usually get to play by their own rules when it comes to admission. They’re mostly exempt from Title IX statutes and other non-discrimination laws. And the idea that they’d return his tuition money is almost laughable at this point. Christian compassion only goes so far.

All he can do right now is raise awareness of what the school is doing. (If you share this story, be sure to use the #LetGaryGraduate hashtag.)

Maybe the most upsetting thing here is that some students and donors may see all this as the right move by the school rather than sympathizing with a student who was trying to get his life back on track. 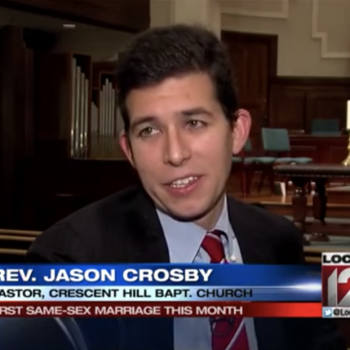 September 10, 2018
Baptist Pastor: Putting "In God We Trust" in KY Schools is Religious "Bullying"
Next Post