On Last Week Tonight, during a deep dive into felony disenfranchisement, John Oliver highlighted how religion plays a role in whether felons ever get their voting rights back.

He was talking about how, in Florida, a “clemency board” made up of high-ranking officials asks felons a series of questions to determine if they should be able to vote again. One of those members, Chief Financial Officer Jimmy Patronis, asks them if they go to church, as if following Christianity earns you special points. (It’s around the 8:25 mark in the clip below.) 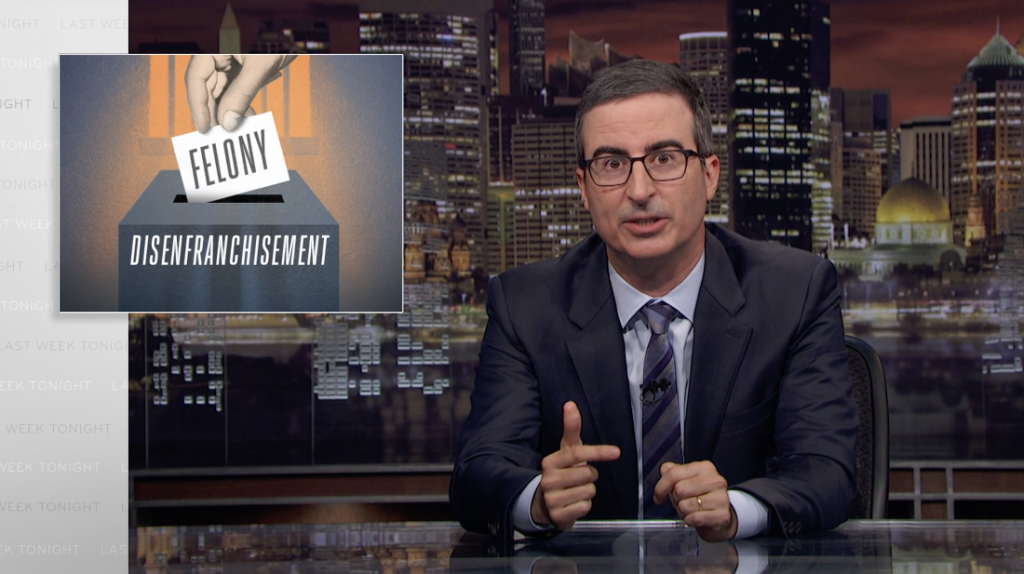 “Do you go to church?” Now, if the answer to that question is important, that is fucked up. And if it’s not, why are you constantly asking it?

Either you’re factoring religious habit into your evaluation of whether someone should be able to vote, or you’re making a list of people’s houses that would be easy to rob on a Sunday morning, and neither is a good use of the panel’s time!

Local journalists have noted this behavior too:

Later in the meeting, Patronis put another man — William Reid Hicks — on the spot, asking him if he went to church. Hicks was there seeking permission from the Executive Clemency Board to own a firearm so he could go hunting again with his wife. He hesitated to discuss the details of his devotion.

“Not steady,” he told the state’s top elected officials.

Patronis — who is running for reelection in November — thanked Hicks for being honest.

Richard Greenberg, a Tallahassee attorney with 28 years of experience representing people seeking clemency, said he was surprised to hear Patronis question applicants about their church attendance.

“I don’t think I’ve heard anyone else ask that question. It seems totally irrelevant,” Greenberg said.

It seems that way because it absolutely is. Going to church doesn’t make someone “better” and it should play no role in deciding whether someone is truly repentant and on the right track.

As the Tampa Bay Times noted in June, the entire clemency process is riddled with bias and discrimination, and that’s a problem when approximately 1.7 million felons have no voting rights and more than 20% of them are African-American.

But there is a constitutional amendment on the Florida ballot this November that would give voting rights back to most felons (sans sex criminals and murderers) who have completed their sentences. Let’s hope Floridians make that happen — and vote out Patronis in the process. 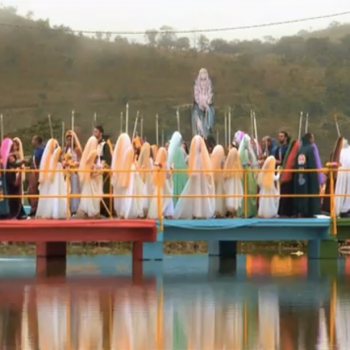 September 10, 2018
Believers in this Growing Religion Think They Are Reincarnated Aliens
Next Post 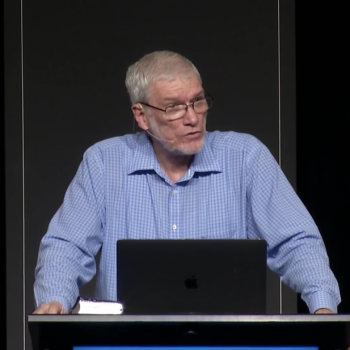 September 10, 2018 Ken Ham: Atheists Are "Bullying" Us By Saying Schools Can't Visit Ark Encounter
Browse Our Archives
What Are Your Thoughts?leave a comment