Donald Trump is Good for the Religious Right but Bad for Spreading Christianity September 10, 2018 Beth Stoneburner

The more Donald Trump talks about religion, the more Americans feel inclined to keep it to themselves, according to an article at The Daily Beast by Jonathan Merritt. (Merritt is referring to the results from a survey he commissioned for his latest book.)

In one way, Christians ought to celebrate this information, considering how Jesus had some words to say about keeping demonstrations of faith to yourself, rather than showing off your piety in public. (Looking at you, Prayer Breakfast and “state dinner” attendees.) 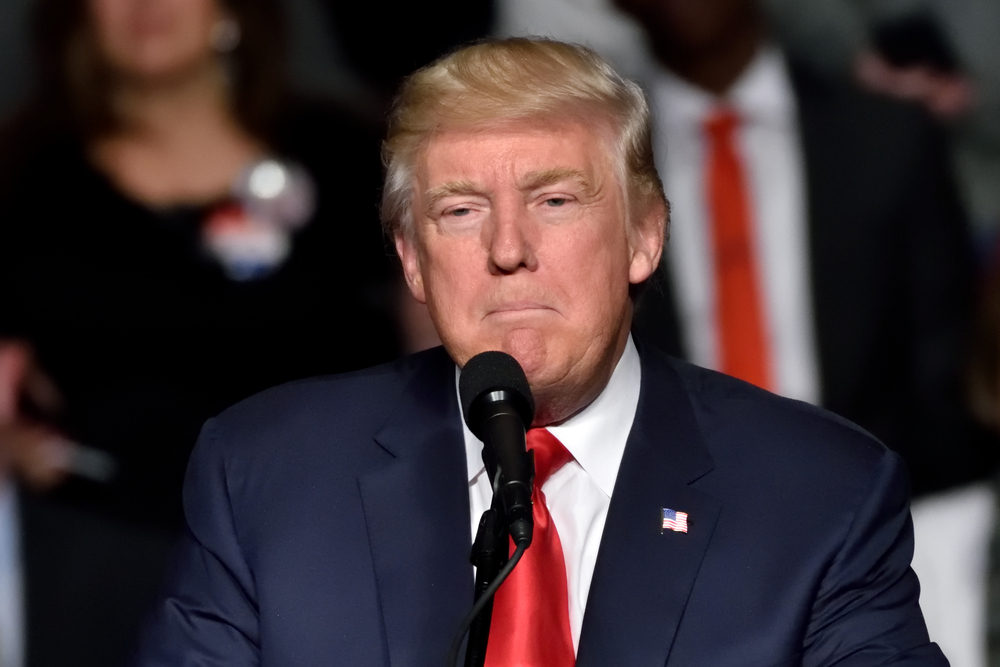 Of course, whenever Trump talks about God, you have to wonder if he’s referring to the Christian deity or himself…

[Trump] has consistently tried to “grab ‘em by the Bible” when addressing his conservative base. At a 2015 rally, he declared that the Good Book was his favorite published work of all-time—just topping “The Art of the Deal.” During another speech that same year, he waved his childhood Bible in the air to prove his religious bona fides.

Trump has even indicated that God probably had a hand in the election, noting that such a victory “would require major help from God… and we got it!”

Considering these anecdotes, one might assume that Trump using the presidential mega-microphone to speak about faith might help revive God-talk among the masses. But according to a new poll I commissioned with Barna Group, a prominent social research firm focused on religion and public life, it may be hurting the Christian cause rather than helping.

Considering Trump’s most religious fans are the ones elevating the safety of the unborn at the expense of babies and toddlers being ripped from their mothers’ arms at the border — among other cruelties — this information isn’t surprising. If Trump is the biggest cheerleader for your faith, you really need to rethink your loyalties… or at least keep it to yourself.

In our poll of more than 1,000 American adults, 93 percent of respondents said they do not talk about their faith regularly. Indeed, a whopping 87 percent of churchgoing Christians said the same. And among those who avoid God-talk, one of the top motivations for their reticence is feeling “put off by how religion has been politicized.”

From sea to shining sea, spiritual conversations are now an endangered species. And when politicians like Trump co-opt religious language for political ends, it accelerates the demise of sacred speech.

I was raised with the adage that one should never discuss religion and politics in public. Generally speaking, that’s sound advice. But there are productive ways to discuss both, and constructive dialogue between different religions and political parties is desperately needed right now. It’s hard to defend Christianity — or even refer to it as “good news” — when that religion is essentially intertwined with the policies coming out of this administration. A lot of Christians may want to avoid talking about their faith… at least until the next Christian president is in power.

The mingling of religion and partisan politics discomfits many Americans. And as my research shows, they are even more allergic to this behavior when it feels disingenuous, coercive, or manipulative. Though he touts himself as a savior of conservative Christianity, Trump is actually driving its demise.

It may be unfair to pin the blame entirely on Trump. Just as the Republican Party is responsible for so much of what Trump does (or at least gets away with), the predominantly white evangelicals who continue supporting Trump bear responsibility for what he does with the power they give him. I wonder how many Christians are quieter about religion lately, not just because of Trump, but also because they’re realizing the blatant hypocrisy of the Religious Right.

As Barack Obama said days ago, Trump is a “symptom, not the cause” of polarization and divisiveness. The right-wing Christians who are willing to let all of Trump’s scandals slide in return for judicial nominees may be doing more damage to their faith in the long run. It’s too bad they don’t seem to care.

September 10, 2018
Thousands of Argentinians Are Officially Leaving the Catholic Church in Protest
Next Post