Baptist Pastor: Putting “In God We Trust” in KY Schools is Religious “Bullying”

A couple of weeks ago, Kentucky became the latest state to try and push God into public schools when evangelist and State Rep. Brandon Reed prefiled BR 159, which would require schools to display “In God We Trust” in a “prominent location.”

Reed didn’t even try and pretend this was about patriotism (which it never is). He made clear he was doing this to celebrate religion:

There is no reason for us to be ashamed of our national motto; it is a vital part of our culture. We are one nation under God, and that reality should be reflected in public life, including in the buildings where our children are being educated.

He wants his beliefs paraded in public schools, but atheists, Muslims, Hindus, Jews, and Christians who aren’t so insecure that they need constant reminders of their beliefs were out of luck.

All that’s to say you should read what Jason Crosby has to say about all this. He’s a pastor at Crescent Hill Baptist Church in Louisville as well as a board member of the state’s ACLU chapter, and he believes Reed’s bill would be a form of faith-based “bullying.” 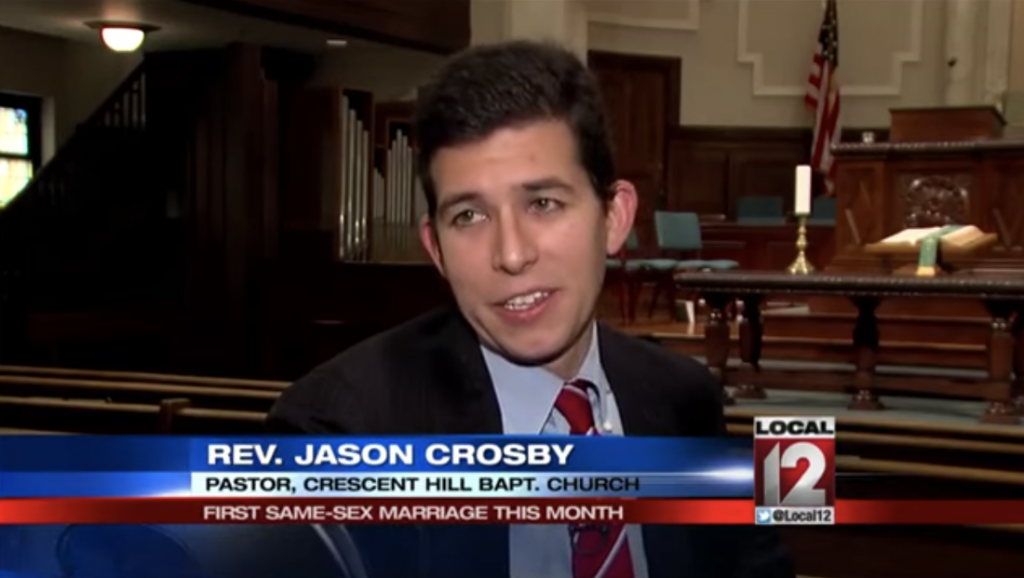 The insistence that the phrase “In God We Trust” be displayed in public spaces was not something Jesus taught.

If actualized, this proposition would infringe upon the constitutionally protected civil liberties of Kentucky citizens. A large number of people — students, teachers, and parents — do not trust in any god or believe in a god who goes by another name than the one Reed praises, or believe in many gods. The outcome of this proposal would send a thinly veiled message that anyone who does not believe in the god Reed envisions is subordinate and less than. This proposal would result in school bullying supported by the Commonwealth of Kentucky.

All of Kentucky’s children deserve the opportunity to go to school without being berated to believe in god as understood by Rep. Reed.

He’s right about all of that. No Christian should have to go to school and see a giant sign, mandated by law. that reads, “Don’t believe in God.” But Reed and other Christians in power think his version of that sign is what all students need to see. It’s not just unnecessary. It sends the wrong message.

Just because Congress declared it our national motto decades ago doesn’t mean it’s appropriate or accurate. Unfortunately, conservative Christians are using it to argue that we live in a “Christian Nation” — and they believe public buildings should reflect that revisionist history.

By the way, in 2014, Crosby’s church was kicked out of the Kentucky Baptist Convention for his willingness to perform same-sex weddings and ordain LGBTQ pastors. He has a habit of calling out bigotry in the name of Christianity. More power to him.

(Top screenshot via YouTube. Thanks to Brian for the link) 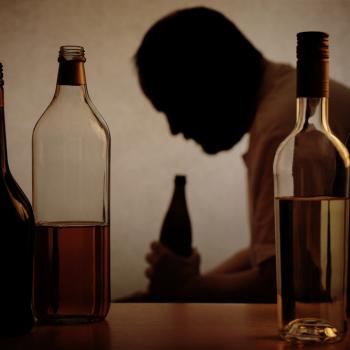 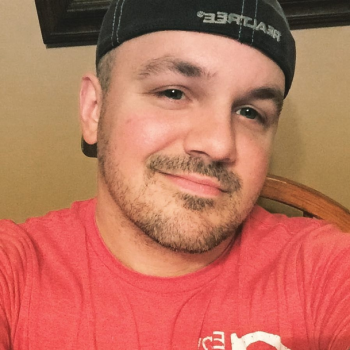