Last September, a judge declared that the official seal for Lehigh County (Pennsylvania) illegally promoted Christianity due to the giant cross right in the center of it.

While city commissioners were given weeks to provide any evidence in defense of the cross, they failed to do so, so the judge gave them 180 days to stop using it.

The Lehigh County Commissioners, however, chose to appeal the decision… and that’s partly because Judge Edward Smith gave such a wishy-washy ruling on the matter.

Smith admitted the “inclusion of the cross lacked a secular purpose” and that “a reasonable observer would perceive the seal as endorsing Christianity.” However, he also said in his ruling that he didn’t want to rule in favor of the Freedom From Religion Foundation because he knew the County wasn’t trying to promote Christianity. Just look at how he wrote about the matter:

Just as the Supreme Court has upheld legislative prayer as “simply a tolerable acknowledgment of beliefs widely held among the people of this country” rather than an establishment of religion… the passive government symbol at hand acknowledges the values shared by the citizens of Lehigh County at the time of its founding without establishing a compulsory, county-wide religion. Courts need not strip communities of all religious sentiment in order to ensure that no national, state, or local churches are established.

Such hostility towards religion creates “the very kind of religiously based divisiveness that the Establishment Clause seeks to avoid”… Seals and flags do not carry the force of law, and the citizens of Lehigh County need not fly the County Flag, or adhere to the values that it depicts. Just as the County’s citizens need not value education, agriculture, cement, or bison, they need not value Christianity. As long as citizens are free to practice any religion that resonates with them, or no religion at all, the fact that some might be offended by the Seal is an issue best addressed by elected officials, rather than the courts.

The law, however, required Smith to act like a “reasonable observer,” without knowledge of the county’s history. That hypothetical person would see this as an establishment of religion. That’s why his decision was against the county, even if he did so begrudgingly.

On Friday, the County made its case to the 3rd Circuit Court of Appeals. It’s almost silly when you think about this, but the county’s attorneys argued that the giant cross in the seal was purely historical and had nothing whatsoever to do with promoting religion.

Eric Baxter, an attorney with the Becket Fund hired by the county, said the cross is one of a dozen symbols on the seal and was meant to represent the county’s original settlers who were fleeing religious persecution…

“There is no documentation to connect it to that (historical) theme,” he said, adding that the religious meaning of the cross is “ubiquitous across the country.”

So what if random people see a cross? Our mythology says this cross had nothing to do with conversion, and that’s all that should matter!

It’s a horrible argument. By that logic, you could install a bunch of Ten Commandments monuments outside courthouses across the country, say it’s in honor of legal systems from the past, and just pretend religion has nothing to do with it… even though we all know damn well why they’re doing it.

It’s the same argument conservative Christians are using right now to install “In God We Trust” signs in schools and city halls. They say it’s patriotic, not religious, even though it’s totally about religion.

What’s especially concerning are the judges hearing this case.

Judge Stephanos Bibas got his seat thanks to Donald Trump.

The other judge is Thomas Hardiman, a George W. Bush appointee who was on Trump’s shortlist for the Supreme Court seat that eventually went to Neil Gorsuch.

In other words, there are two judges who may very well claim a Christian cross on a government seal isn’t really an endorsement of Christianity. If and when that happens, there’s a good chance we could see explicit Christian symbols in government logos and documents and buildings all over the country. Because it’s historical, not religious.

That’s what happens when a Republican government appoints judges.

(Thanks to Justin and Brian for the link. Large portions of this article were published earlier) 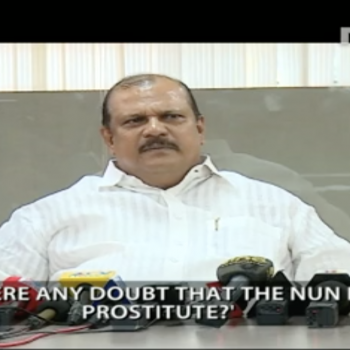 September 9, 2018
Nun Who Was Allegedly Raped by Bishop is a “Prostitute,” Politician Says
Next Post 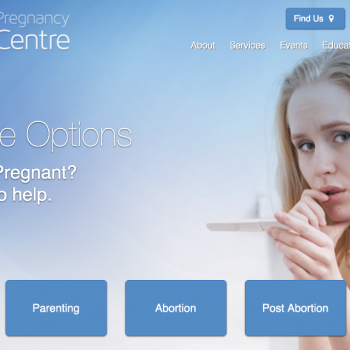