Brett Kavanaugh on the Supreme Court Would Solidify Christian Privilege

While a lot of the focus on the Brett Kavanaugh hearings is on his anti-abortion rhetoric, the likely Supreme Court justice said a lot of things about “religious liberty” that would put church/state separation at risk. Katherine Stewart, writing for the New York Times, does an excellent job describing what’s at stake with his elevation to the Court and why: 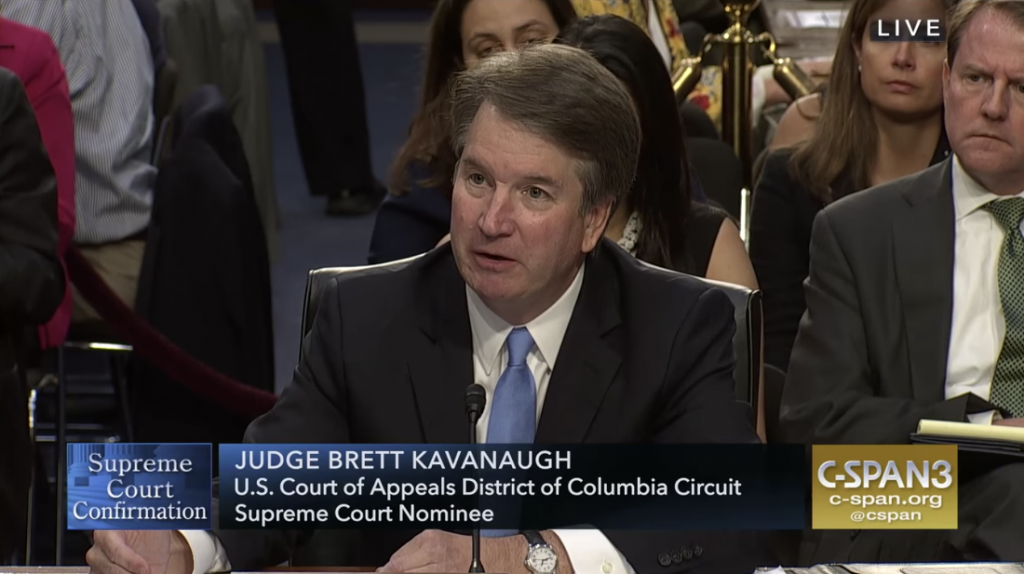 Over the course of this week’s Senate confirmation hearings, [Senator Ted Cruz] repeatedly identified Judge Kavanaugh as a jurist who would uphold “religious liberty.” That should concern anyone who cares about actual freedom, religious and otherwise. What senators [John] Cornyn, Cruz and other religious conservatives mean by “religious liberty” is its opposite.

If the Senate confirms Brett Kavanaugh, it will be declaring that the United States is a nation in which one brand of religion enjoys a place of privilege; that we are a nation of laws — except in cases where the law offends those who subscribe to our preferred religion; and that we recognize the dignity of all people unless they belong to specific groups our national religion views with disapproval.

Stewart explains that “religious liberty” would really be replaced with “religious privilege,” where those who believe in the biblical God would be able to get out of obeying laws the rest of us are expected to follow. Christian pharmacists and bakers wouldn’t have to provide service to people who wanted them to violate their beliefs. Catholic hospitals could ignore perfectly legal doctors’ directives if they violated Vatican doctrine. Private schools receiving taxpayer funding could preach Creationism and Christian revisionist history. Right now, these controversies remain unsettled at least to the point that people raise a fuss about them whenever they happen. With Kavanaugh on the bench, the arguments could become moot because Christians could soon get away with all of it.

Is that the America we want to live in?

In this America, we treat everybody equally under the law and we expect everyone to follow it. Citizens are free to exercise their religion, but not to impose it on other people or to fund it at public expense. The choice before the Senate is whether we continue to advance this vision of an open and tolerant America or stamp this low moment in our political history on the highest court of the land.

The saddest thing about this argument is that no Republican senator seems to care. There’s some focus on abortion rights and the rights of Alaskan Natives, but no senator has said he or she is reconsidering support for Kavanaugh based on his disdain for church/state separation. There’s no shortage of First Amendment issues a conservative majority on the Supreme Court would overturn, but the infusion of Christian supremacy is perhaps the most troubling aspect of Kavanaugh’s confirmation that no one’s really talking about.

By the way, Americans United for Separation of Church and State has a more specific list of the damage Kavanaugh would do based on “Committee Confidential” documents released by Sen. Cory Booker (D-NJ). They say he would “allow religion to supersede LGBTQ non-discrimination protections” and that he supports taxpayer dollars funding religious activities.

If you live in a state with a senator who’s undecided about how to vote, call or write them immediately and share your concerns. It may seem futile, but unless people tell their elected officials why Kavanaugh’s confirmation would be disastrous for issues they care about, there’s no pressure on those senators to do the right thing. 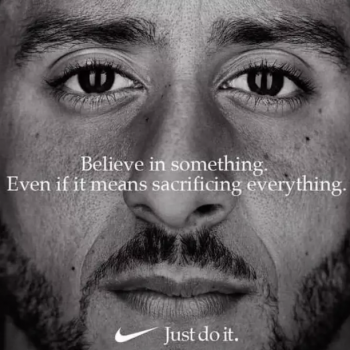