Former Arkansas State Senator Johnathan Woods has been sentenced to 220 months in prison for a fraud scheme that involved another Republican legislator and the president of a conservative Christian college. 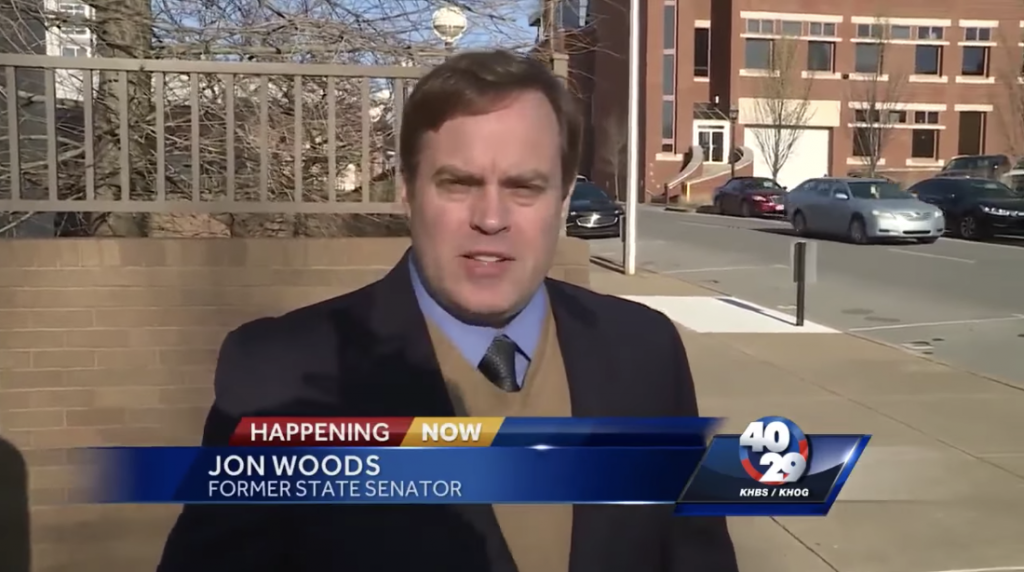 Beginning in January of 2013, Woods and State Rep. Micah Neal gave $600,000 in taxpayer money to two non-profits in the state in exchange for bribes. One of those groups was Ecclesia College in the northwest part of the state. The small Bible school received the bulk of that money… but only because they agreed to give the politicians a healthy kickback.

According to the U.S. Attorney’s Office in the Western District of Arkansas:

The evidence further showed that Woods and Neal received bribes from officials at both non-profits, including Oren Paris III, 50, of Springdale, Arkansas, who was the president of a college. Woods initially facilitated $200,000 of GIF money to the college and later, together with Neal, directed another $200,000 to the college, all in exchange for kickbacks. To pay and conceal the kickbacks to Woods and Neal, Paris paid a portion of the [General Improvement Funds] to a consulting company controlled by Randell G. Shelton Jr., 39, of Alma, Arkansas. Shelton then kept a portion of the money and paid the other portion to Woods and Neal. Paris also bribed Woods by hiring Woods’s friend to an administrative position at the college.

That’s… a lot of ethical and legal violations. You’ve got a Holy Trinity of Establishment Clause violations, bribery, and fraud.

Woods will spend several years in prison, while the other men, all of whom have either pleaded guilty or were found guilty by a jury, will be sentenced later this month.

This isn’t just one bad egg at the Christian school. Ecclesia College’s Board of Regents includes David Barton and Eric Metaxas. (The school is actually home to the David Barton School of Political Science. Stop laughing.) There’s no evidence that either of them knew about this scandal as it was happening, but both remain on the Board of Regents to this day. (How long will it be before they spin these convictions into a story of Christian persecution?)

Unrelated to that corruption, Ecclesia has also been in the news lately for defaulting on two loans worth nearly two million dollars.

Maybe they should get their minds out of the Bible and start reading some textbooks on finance and ethics.

(via Warren Throckmorton. Screenshot via YouTube. Portions of this article were published earlier. Thanks to Brian for the link) 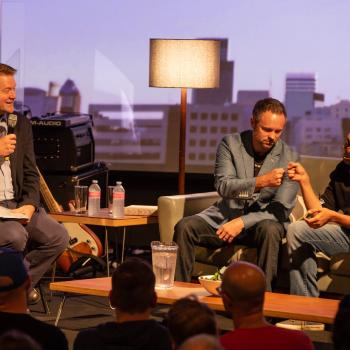 September 7, 2018
Here's Video of My Conversation with a Christian Apologist
Next Post