Appeals Court Says, With Sadness, a Giant Christian Cross in FL Must Come Down

A judge appointed by Donald Trump, along with two colleagues, begrudgingly agreed that a giant Christian cross on government property in Florida had to come down… but not before pleading for the Supreme Court to take up this case and overturn it.

This case centers around a giant cross in Pensacola, Florida’s Bayview Park. In June of 2017, a U.S. District Court judge said it was unconstitutional and had to come down within 30 days.

Despite the city of Pensacola — i.e. the taxpayers — already ponying up more than $130,000 to fight this battle, city officials appealed the decision. They had the help of 14 attorneys general from across the country, all of whom said the Giant Christian Cross should be considered a totally secular monument.

Their argument was that we use the cross to honor heroes and create makeshift memorials when people die, therefore it’s not always about promoting Christianity. Furthermore, when the Giant Christian Cross has been up for 75 years without a challenge, we should be able to assume it reflects “cultural heritage” rather than religion. (The fact that the mayor once saying of this display that there will “always [be] a place for religion in the public square” didn’t seem like a big deal to anyone.)

Their plea didn’t work. Not yet, anyway.

Yesterday, the 11th Circuit U.S. Court of Appeals unanimously affirmed the earlier decision because of course the damn cross has to come down. But they didn’t make that decision happily. In fact, the judges said they were “bound by existing Circuit precedent” and “constrained to affirm.”

In other words, they didn’t want the monument to come down, but the law says it has to come down, and HEY SUPREME COURT, MAYBE YOU SHOULD LOOK AT THIS.

… our hands are tied. Absent en banc reconsideration or Supreme Court reversal, we are constrained to affirm the district court’s order requiring removal of the Bayview Park cross.

Two of the judges wrote concurrences in which they sent not-so-subtle messages to the Supreme Court to consider this case and reverse their ruling because an earlier decision (similar to this case) was wrongly decided. They want SCOTUS to allow religious monuments at taxpayer expense if they have “historical” value, whatever that means. (All the more reason atheists should sue over these violations immediately and often.)

One judge said SCOTUS needed to reverse precedent on this because their “Establishment Clause jurisprudence is, to use a technical legal term of art, a hot mess.” The sarcasm didn’t let up there. Here’s Judge Kevin Newsom (who was nominated for his seat by Donald Trump):

Given the inconsistency — er, uncertainty — in the Supreme Court’s own Establishment Clause precedent, I would leave it to the en banc Court to chart the next move for this Circuit. The one thing of which I’m pretty certain is that Rabun — which is what requires the three of us to affirm here — is wrong.

Newsom later elaborated on why he thought this case was a “hot mess,” laying out five things he knew for sure:

1. That the Supreme Court’s Establishment Clause jurisprudence is a wreck;

2. That as a lower court, we are nonetheless obliged to do our best to discern and apply it;

3. That in the last decade, the Supreme Court has increasingly emphasized the centrality of history and tradition to proper Establishment Clause analysis, culminating in its statement in Greece that “the Establishment Clause must be interpreted ‘by reference to historical practices and understandings’”…

4. That there is a robust history — dating back more than a century, to before the time of the adoption of the Fourteenth Amendment, by which the First Amendment would eventually be applied to state and local governments — of cities, states, and even the federal government erecting and maintaining cross monuments on public land; and

5. That our now-35-year-old decision in Rabun — which invalidated a cross situated in a state park and, in so doing, summarily dismissed “historical acceptance” as a reliable guide for Establishment Clause cases — is irreconcilable with intervening Supreme Court precedent.

There’s a reason Trump and the Federalist Society nominated him to the bench: Newsom was conservative enough to meet their right-wing standards. And his analysis here is a perfect indication of that. He wants Christian symbols to be allowed on government property — presumably including Ten Commandments monuments outside schools and city halls and crosses under the guise of war memorials — if there’s an argument to be made they’re “historical” in nature (even if religion had something to do with why they were put up in the first place).

If their plea is heard by a Supreme Court that includes Brett Kavanaugh, you can bet we’ll see more crosses and Ten Commandments displays on government property all over the country — with city and state officials just lying and saying there’s a secular reason they’re going up.

You think the church/state separation law is a hot mess right now? Wait until Christian displays go up everywhere while politicians insist Jesus has nothing whatsoever to do with them.

The Becket Fund, defending the city, says it will appeal the decision. The Religion Right would expect nothing less. 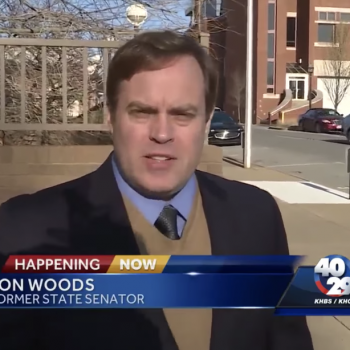 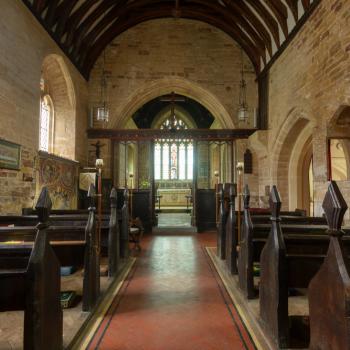 September 8, 2018 British Survey Says Only 2% of Young People Belong to the Church of England
Browse Our Archives
What Are Your Thoughts?leave a comment