Arkansas is one of several states that now requires schools to display the phrase “In God We Trust” in a prominent place in all public schools. In some cases, the phrase appears in each classroom.

Last month, American Atheists attempted to donate posters that included the phrase but also said (in larger font) our nation’s original, unofficial, secular motto, “E Pluribus Unum” (“Out of many, one”). It also included a website URL for the group.

The posters were rejected by the Bentonville School District as being too “political.” (Which is ironic given that the “In God We Trust” signs are nothing but political…)

Anyway, the Original Motto Project, which promotes the secular “E Pluribus Unum” phrase over the godly one, may have found a way around that problem.

The group has been raising money for and shopping around its own posters. Their include the godly phrase and original phrase and “We the People” (all three in the same size font), the U.S. flag, the state flag, and no mention whatsoever of who’s making the donation.

You can’t accuse them of being political when every bit of this poster oozes patriotic symbolism. And that may be why they just had some success. 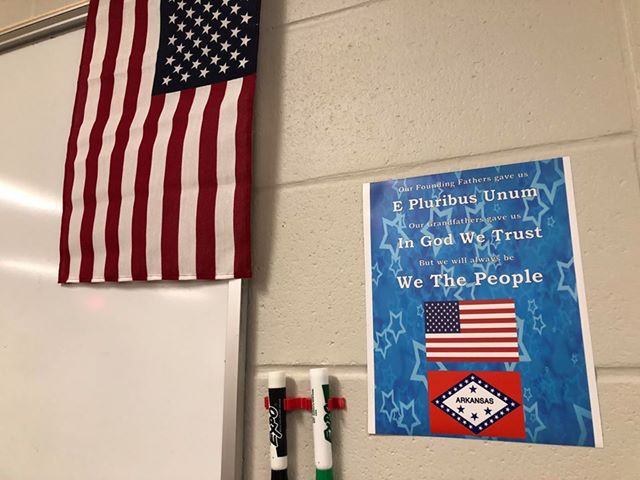 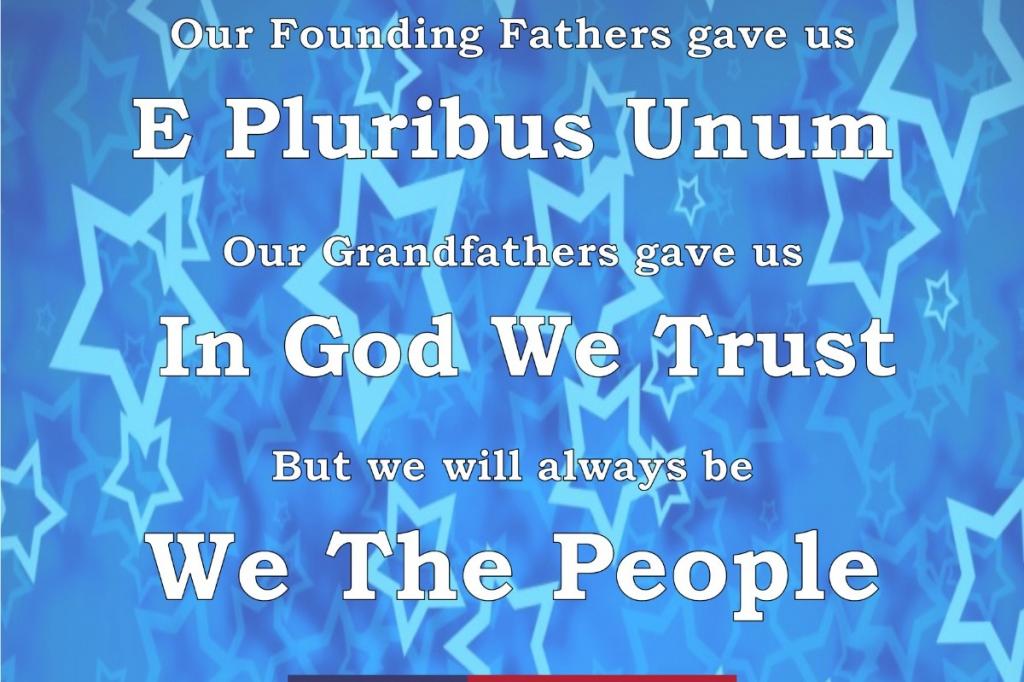 The group says that poster is in a classroom somewhere in Arkansas and there are others like it around the school. They wouldn’t get more specific, saying their source wanted to remain “anonymous for fear of retribution from the ‘authorities.'”

Looks much better than the alternatives. Other versions of the poster would just have a different state flag, and director Robert Ray says they’re currently “working with some educators in Florida” to get the posters up there as well.

You can chip in right here to help their efforts in getting these posters to more districts. 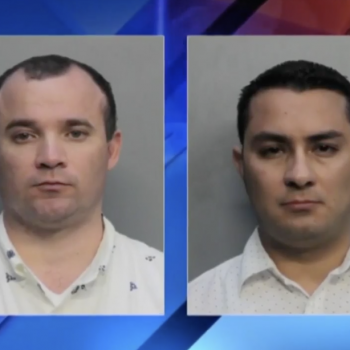