Someone Created a Business Called “The Art of Satan” in Order to Adopt-a-Highway September 5, 2018 Hemant Mehta

Here’s a twist on the “atheist adopts a highway” genre: Colleen Adams, an atheist from California, noticed a sign reading “Psalm 24” along the highway and decided she also wanted to adopt-a-highway. (That traditionally means promising to pick up trash along a stretch of road a few times a year; in return, the city will put up signs with your group’s name on it.)

But she didn’t have a group that could apply for the program. (Also, she was bothered by the fact that she couldn’t find a group by the name “Psalm 24,” so it appeared to her like a form of Christian privilege.) So she created her own business for the sole purpose of being able to clean the road.

She called it “The Art of Satan,” she applied for a business license from the state and received it two months later, and then she immediately filled out the paperwork for the program.

It worked! Now, if you’re driving along I-5, between the Knighton Road and Bonnyview exits, you should be sure to thank Satan along the way. 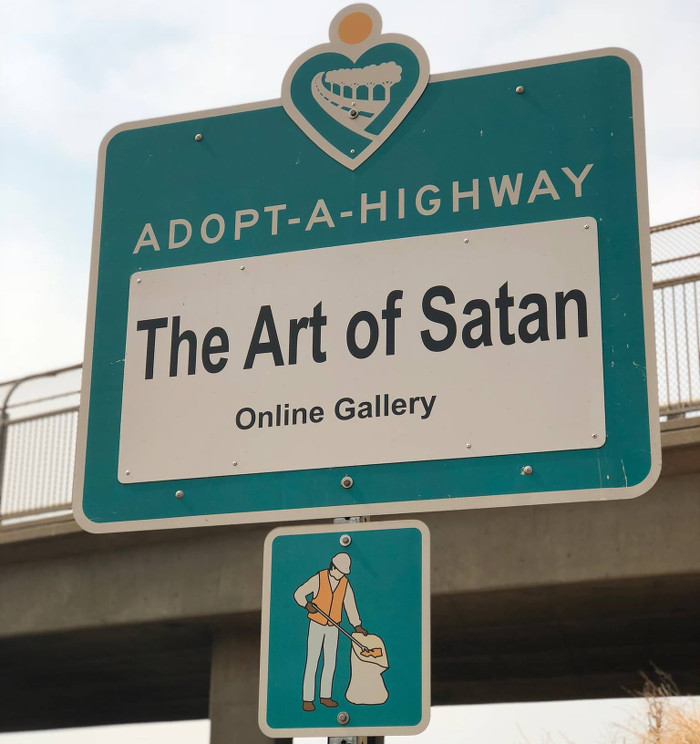 Adams explained that the gallery isn’t actually rooted in Satanism, or any religion.

Adams told a local news station that one of the signs has already been vandalized. Someone used red spray paint over the word Satan — but Caltrans cleaned it up for her. They’ve also been informing complainers about how the First Amendment works.

Incidentally, Adams plans to open up an actual business with the name in which she sells artwork online. But make no mistake: That’s not the primary mission of the business. 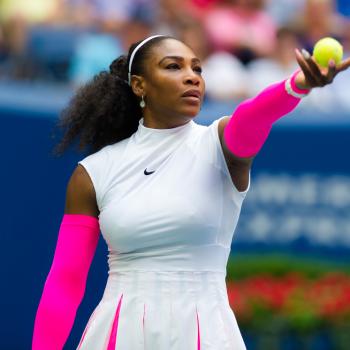